The differences between the GMC Sierra and Chevrolet Silverado are skin deep. The two share the same platform, engine options, and capabilities. Despite this, GMC’s truck is still a hit with buyers. As recently as August, it has been listed as the fifth best-selling truck in America.

Whether you’re in the market for a new truck or just curious about the differences between GMC’s two pickups, here’s everything you need to know about the 2017 GMC Sierra.

When compared to Ford and Ram, the GMC Sierra’s engine and transmission options look a bit tame. First off, there’s no diesel. The Ram 1500 is currently the only American truck to offer one, although Ford has confirmed that the 2018 F-150 will go on sale with a turbodiesel. Spy shots have shown that GMC looks to be prepping a diesel Sierra, but no official confirmation has been given yet.

Then there’s the issue of turbocharging. Ford has gone all-in on twin-turbo V6s, whereas GMC and other automakers have taken a wait-and-see approach. For GMC, it’s less about matching Ford and more about offering variety. With that being said, the Sierra does offer one more V8 option than both Ford and Ram, which gives GMC the edge among old-school truckers. It’s almost the most powerful V8 you can get in an American pickup.

Finally, there’s the issue of the Sierra’s transmission choices. The Ford F-150 offers a 10-speed automatic — which was actually co-developed with GMC. While the next-generation of Silverados and Sierras (the 2019 models) will feature this 10-speed auto, the best option currently is the eight-speed, which is archaic compared to what Ford is offering. 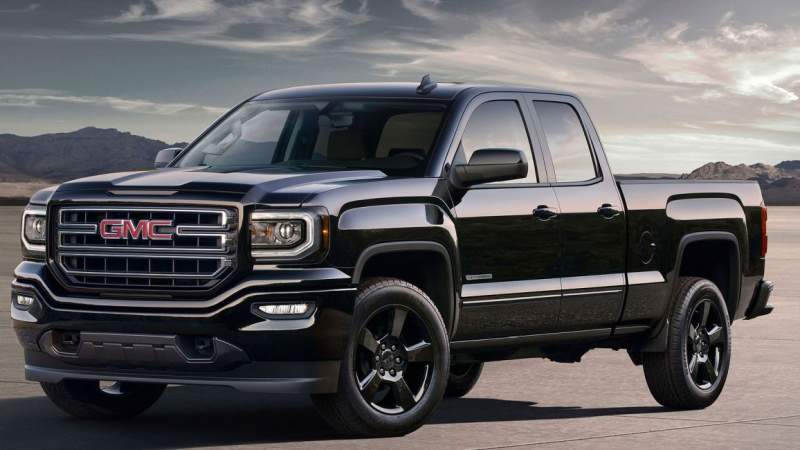 Image via The Chicago Auto Show