The Future of Car Modification in the Face of Electric Vehicles

There’s a whole facet to the automotive world that is car modification. From simple restoration or serious upgrading, to fabricating unique, one-off vehicles that may (or may not) actually be street legal. As the electric vehicle (EV) movement gains ground, what’s the future for this particular industry? Can you still modify an electric vehicle? What are the limitations? In this article, we’ll focus our attentions to the future of car modding, as it related to the rise of EVs. As technology advances and vehicles move closer and closer to becoming fully autonomous, how will the aftermarket industry respond?

The Basics of Tuning: ICE vs. EV

Let’s put all this philosophical language into one every gearhead can understand. First of all, internal combustion engine (ICE) cars and EVs are fundamentally different when it comes to their engines. After all, that’s the main selling point to an EV.

When you wrench on an ICE, you’re modifying things like cylinder bore, cylinder heads, exhaust manifolds, turbos, superchargers, even whole motors in some cases. The idea is to get that air-fuel mixture ratio just right in order to move that hunk of metal across the pavement even faster.

With an EV, there aren’t any turbos or superchargers to tune. No valves or rods to reinforce or replace with those made of stronger metal. There’s simply a battery pack and the various electrical components that push that vehicle forward at a deceivingly quiet pace.

Now, in both cases, it is possible to change merely cosmetic things. You can always change the paint, interior materials, and add limited body work. There are available upgrades to the accessories, sound systems, wheels and tires, and even suspension. You can tint the windows and apply clear bra. However, EVs symbolize a shift from the do-it-yourself mechanic to a specialized computer programmer.

The Challenges of Tuning an EV

The decision to modify your EV comes with the knowledge that there’s going to be some programming involved. “After all,” says TheDrive, “electric and hybrid cars are complex black boxes that would scare off even the most committed gearheads.” This is the real root of the problem. The knowledge base to modify a car changes from one of mechanical and physical properties to one that plays out on a screen. You need to know more about coding, overclocking, electrical engineering, and computer programming if you want to modify an EV. You previous knowledge of engines will be mostly useless.

At the same time, EVs are still limited to the dynamics of this world. For example, as Michael Wein of Audi explains it:

“…in internal combustion vehicle programs, each system could be developed more or less independently — but in an electric vehicle, the battery, motor, cooling, chassis, transmission, and electronics, and even the suspension, are all developed as a complete package in a single, very large team. The resulting systems work much faster and in complete harmony with each other — and are in fact already engineered to maximize performance as much as possible.”

Like any complex organization, it’s much easier to work if everyone’s communicating. As long as you speak their language, of course. That EV synergy proves useful in a vehicle already made for production, but it could stand in the way of swapping out foreign components. Having independent sectors isolates issues to certain sections of the system; fluid movement between systems opens up the potential for more issues across a span of components. The bottom line is this.

“Working with high voltage electrical systems in modern EVs can be very dangerous, with potentially deadly consequences if certain service procedures are not followed precisely,” says Chris Naughton of Honda.

Just like ICE vehicles, there are plenty of safety measures to be accounted for. It’s all about understanding the systems you’re working with and the dangers inherent to those systems. However, that doesn’t mean EV modification isn’t possible. Or even limited. Let’s take a closer look at some of the ways you could potentially upgrade your electric vehicle.

Possibilities for Upgrading an EV

“Changes in electric cars will change purchase habits,” argues CNN, “by further emphasizing user experience.” Instead of participating in a race to have the highest horsepower, EVs boast about their power because it translates to range. More power means more range. However, if fuel economy isn’t high on your priority list, modifications have much more room to grow.

What do these modifications look like anyway? Well, for example, you could install higher voltage cables, aftermarket computers that allow for specific adjustments, re-wound motors, battery swaps, and even motor swaps. It’s all about working with the materials and systems already present in order to optimize and eke out as much performance as possible. According to TheDrive, “In some ways, this will simply be an extension of what we’ve already mastered: hacking the ECU, the process in which the car’s firmware is tweaked by individuals or aftermarket companies to boost performance.” So is it really modding? Or should we call it hacking now?

In fact, modifying ICE vehicles to be fully electric has already been achieved. Andrew Saul of Genovation heads a “Maryland-based company that caused a stir at the Los Angeles show with its all-electric Corvette conversion.” The model boasts over 200 horsepower with a standard 7-speed transmission. While it can’t compete with the ZR1 in terms of horsepower, it’s a step forward. Many people are reluctant to switch to an EV, because the models have traditionally looked kind of… well, nerdy. But a fully electric Corvette in a world of rising gas prices? Now we’re talking!

The Future of Tuning

“This era is much like the transition from carburetors to electronic fuel injection (EFI) in the late ’70s and early ’80s. Enthusiasts said EFI would be the death of the performance car, the DIY mechanic, and hot rodding. Instead the highly adaptable technology lead to the modern golden age of performance we now enjoy.”

Perhaps we should take a more objective approach, and consider this “an exciting new chapter full of potential.” What are your thoughts on the future of modifying vehicles? Have you tried modifying an EV yourself? Share your thoughts and experiences with us in the comments below! 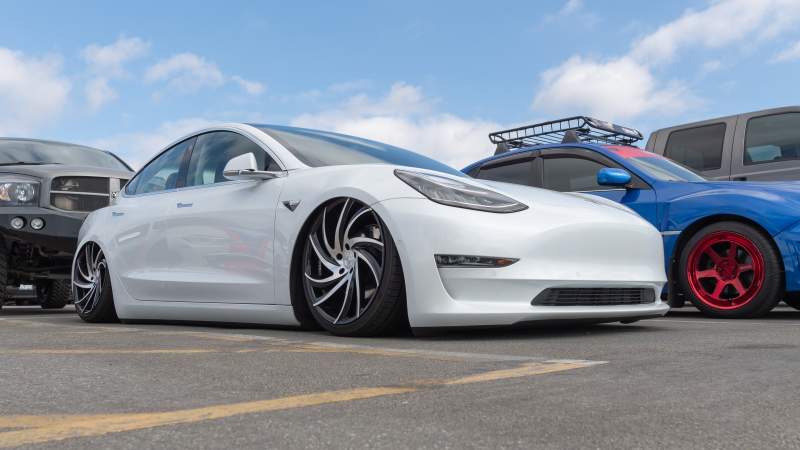