The Biggest Automotive Recalls Of The Past Decade

Recalls are part of the automotive industry. It doesn’t matter what year it is, there are always a few vehicles that need to be recalled due to manufacturing defects. Sometimes these defects are small issues, related to the windshield wipers and air conditioning, for example. They can also be life threatening problems, involving the deployment of airbags or major fire hazards.

No automaker has been spared the embarrassment and expense of needed to issue a major recall. While there have been some historic recalls over the decades, we wanted to focus on more recent times. Here is a list of the biggest and costliest vehicle recalls over the past ten years.

Even German engineering isn’t foolproof. This proven when Mercedes was forced into a global recall of many of its vehicles made between 2015 and 2017. The recall involved popular models such as the C-Class, E-Class, CLA, GLC and GLA. The problem, according to widespread consumer complaints, was that the vehicles wouldn’t start when needed. That’s a fairly serious issue!

This malfunction was caused by a limiter introduced to the starter. It was prone to overheating and short circuiting. Mercedes had no choice but to recall roughly a million vehicles globally, due to the potential fire hazard. Fortunately, no human injuries were reported because of the faulty starters.

One of the main problems was that these trucks were prone to transmission failure. Impacted models had their gear shifters mounted on the steering column. They experienced failure due to the Brake Transmission Shift Interlock. These systems would overheat and were at risk of catching fire. The gear shifter would also frequently get stuck. Some drivers were unable to move it even when it was in park mode. Dodge couldn’t avoid these issues. They were forced into a global recall.

American automaker Ford recalled more than one million vehicles between 2014 and 2018. The Ford Fusion and Lincoln MKZ models were the main culprits. Ford had manufactured more than 1.1 million of these vehicles with a key defect. There was a steering wheel bolt that loosened and detached unexpectedly. Obviously, having your steering wheel malfunction is a serious problem. The models also had issues maintaining torque while driving.

There was an injury case reported that prompted the widespread recall. If you stumble upon a used Fusion or MKZ while car shipping, do your homework. If it was made between 2014 and 2018, you’ll want to ensure the issue with the steering wheel has been resolved.

Volkswagen suffered a big recall back in 2013 that impacted most of its line-up that year. Unfortunately, the 2013 models had a problem with their gearbox that caused them to malfunction. Specifically, the gearbox would malfunction on models that were sold in hot or humid climates. Models with the seven-speed dual-clutch system experienced a stop and go malfunction. This problem caused the vehicles to lurch forward and backwards while being driven.

A homemade solution to the gearbox problem was developed and shared widely online. It involved changing the factory provided synthetic gearbox oil for mineral oil. However, Volkswagen nevertheless had to recall almost its entire line-up that year to fix the faulty gearboxes. Of course, there was also that little Dieselgate problem..

In 2013, Nissan found itself in the middle of a big recall that involved 3.1 million vehicles. The problem was a passenger airbag sensor on the fritz. The sensor was unable to distinguish an adult from a child. During collisions, it would sometimes fail to deploy if the passenger was an adult. This life-threatening issue affected popular Nissan models such as the Maxima, Murano, Pathfinder and Infiniti.

No sooner had Nissan fixed that airbag issue when the company had to recall 215,000 more vehicles in 2019. This time, it was an anti-lock brake actuator pump malfunction. According to Nissan, the actuator pump leaked brake fluid into the internal circuit. That resulted in a short circuit that could lead to fires. Obviously, that’s a serious liability. Both these problems were serious enough that they couldn’t be ignored, and so Nissan issued recalls.

Honda has a reputation for making solid vehicles, like the much-loved Accord sedan or the Odyssey minivan. Many drivers swear by the Honda brand as being among the most reliable in the industry. So, it took more than a few people by surprise when Honda was forced to undertake a large-scale recall of 3.3 million vehicles in 2017.

Of those vehicles recalled, 1.1 million were 2013 to 2016 Accord sedans. Like we said, quite the shocker. The recall was because of a gap in the plastic case covering the battery sensor. That gap accidentally allowed moisture to get in and disrupt the battery sensor, causing the car to malfunction. While not life threatening, the situation was bad enough that it prompted a pretty big global recall. In fact, it’s still ongoing in 2020. The ordeal has cost Honda plenty of money too.

General Motors was forced to recall a large number of vehicles in 2016. About 3.6 million, to be precise. It involved a number of its most popular models, including the Buick Lacrosse, Chevy Corvette, Caprice Silverado, and GMC Sierra. The reason for the recall was a defective airbag sensor. It was responsible for the frontal airbag sometimes deploying for no reason and without warning.

This was a very dangerous issue, especially once the engineers at GM realized there was a high chance that the front airbags wouldn’t deploy at all in the event of an accident. Given the dire problem with the airbags, GM had to recall a large part of its 2016 lineup. The company also had to undertake another separate recall in recent years to fix a faulty engine mount issue that impacted many of its most popular brands.

Fiat Chrysler was forced into a massive recall in 2018 that involved 5.3 million vehicles. Most of them were manufactured and sold in North America. The problem in their case was a defect that prevented drivers from deactivating the cruise control. That’s not a great thing to be dealing with while cruising down the highway.

This potentially deadly issue impacted vehicles made between 2014 and 2018, including the Chrysler Pacifica, Dodge Charger, Dodge Challenger, Dodge Journey, Dodge Durango, Jeep Cherokee, Jeep Grand Cherokee, Jeep Wrangler and Ram 1500, 2500 and 3500 pick-up trucks. All of the affected vehicles had to have a software upgrade, which restored the cruise control function to normal. Not pretty. And not cheap for Fiat Chrysler.

General Motors can take comfort in the fact that Japanese automaker Toyota had to recall nearly twice as many vehicles over the past ten years. Toyota discovered that many of its 2015 vehicles had a faulty window, caused by an internal switch. This defect proved to be a major fire hazard. It had the potential to send the entire vehicle up in flames.

The power window switch malfunction is not new to Toyota. In fact, the 2015 recall wasn’t the first iteration of this problem. It has plagued the automaker for several decades. In all, the company had to recall 6.5 million vehicles from its 2015 models. However, the faulty window switches have led to a grand total of 14 million vehicles being recalled. That’s a staggering number of recalls for a car maker that has built a reputation for reliability. Perhaps it’s not surprising, though, that these recalls led to a mass wave of firings among senior executives at Toyota.

While not a specific vehicle manufacturer, the Takata airbag recall deserves a special mention on this list. It was so widespread and affected a staggering number of vehicles. Takata was a Japanese automotive supplier that specialized in safety systems and associated structures, like airbags, seat belts, and child restraints. For more than a decade, the company concealed the existence of a major defect in its airbags. The defective airbags would explode unexpectedly and launch fragments onto the driver and passengers. A total of 15 fatalities were reported to be caused by the airbags.

Between 2013 and 2014 alone, a total of 20 million vehicles worldwide had to be recalled because of the problematic airbags. The recalls involved major car manufacturers like Ford and Honda, among others. In 2016, another 35 million vehicles had to be recalled to replace the malfunctioning airbags. In all, the Takata airbags resulted in more than 55 million recalls around the world. Takata was fined $1 billion by the U.S. government and filed for bankruptcy in 2017. 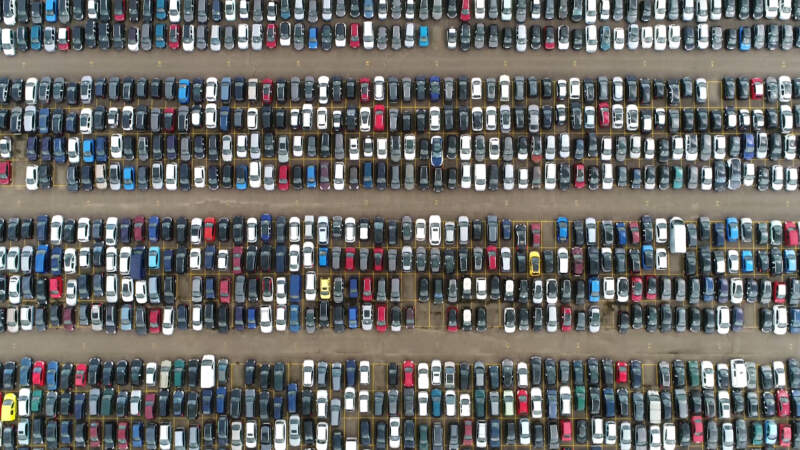