‘Kicking The Trade’ Explained, and Why It’s a Bad Idea

New cars are getting more and more expensive. A growing number of Americans are living paycheck to paycheck. Those two factors can combine to make car shopping a stressful experience for anyone who isn’t a veteran of the process. Many buyers are opting for longer finance terms just to keep the monthly payments at an affordable rate. However, that results in paying much more interest over the length of the loan. In the end, many buyers end up “underwater” on their car note.

Being underwater is basically owing more on the balance of the loan than the vehicle itself is worth if you sold it. For example, maybe you bought a $30,000 vehicle ($2,000 down payment) on an eight-year finance term at 5.9%. Let’s also assume a 7% sales tax, although it varies from state to state. You pay $438 a month, something you decide you can manage. After three years, the vehicle itself might be worth $18,000. However, you still owe over $21,000 on the loan. You’re underwater.

The smart thing to do would be to continue driving the vehicle. Try to keep it in good shape while making the payments. Eventually, you may get to a point where you could at least break even. After five years, for example, the car might only be worth $12,000. However, you’d probably owe about the same on the loan. You could sell the car, pay off the balance, and walk away without losing anything.

Except you still need a car to drive. This is where “kicking the trade” comes into play.

Most of us are attracted to shiny, new things. We crave the latest and greatest in automotive innovation. In short, many of us feel the urge to car shop long before there’s any real value in our current ride (and it’s loan terms). The “good” news is that many dealers don’t care if you’re underwater, according to a scary new report from the Wall Street Journal. Except it’s not really good at all.

Many dealers are adopting a new tactic known as “kicking the trade.” The short version is that your car isn’t worth anything as a trade-in, since it’s underwater. However, the dealer will still sell you a new car with some simple advice: “stop making payments on your old car.”

They may promise to take care of everything, but here’s what really happens. After you drive away in your new car, the dealer will contact whomever lent you the money for your previous one. They will tell them that the car is being offered as a “voluntary repossession.” Your old lender will repossess the car and try to recoup the balance of the loan by selling it, usually at auction. However, if the car doesn’t sell for more than the loan balance (which it won’t if you’re underwater), it’s still very much your problem.

Neither the dealer nor the lender will be on the hook for any losses. The dealer doesn’t care, because they already sold you a new car. The lender will still be owed the money, regardless of what the salesman told you about “kicking the trade” and walking away. When you can’t come up with the difference, your finances (and your credit score) will take a massive hit. Basically, the only person who loses if you kick the trade is… well, you.

The most important tool to arm yourself with before buying a new car is a calculator. Tom McParland, professional car buyer and regular Jalopnik contributor, makes a strong case for it in this cleverly clickbait-titled article. But he’s not wrong. If you agree to buy a car for $20,000 and the paperwork says “$450 a month for 72 months,” get multiplying. That’s over $32,000 you’ll end up paying. That’s a lot of interest and/or fees tacked on!

You can do the same calculations with your existing vehicle. Figure out much more you will pay between now and the end of the loan term. Then compare that figure to the rough value of your vehicle. (Pro tip: Use a conservative value instead of a best-case scenario one.) If you’re underwater, or only at a break-even point, you shouldn’t be shopping for a new car at all. And you definitely shouldn’t let yourself be talked into kicking the trade.

Technically, nothing illegal is happening. You are offering your old vehicle up for repossession, the lender is selling it to pay as much of the outstanding balance as possible, and you’re committing to a new loan for your new car. However, the whole practice is still super shady.

Your credit score is about to take a huge hit, for a number of reasons. First, any repossession — voluntary or otherwise — is going to ding you. Next, you’ll be hit again when your original lender comes after you for the underwater amount. Plus, your credit now shows a hefty new loan in the form of your new car. That’s a triple play.

However, the dealer who sold you that new car doesn’t care. After all, they checked your credit before all this happened. You know, before it was ruined.

How Common Is it?

The Wall Street Journal spoke to one lawyer who said he hears about “kicking the trade” cases about once a month. It’s hard to figure out exactly how common the practice is.

“It is difficult to estimate how often this happens. Auto-sales veterans say the practice is an open secret in some showrooms. Broadly, vehicles are getting more expensive and Americans are struggling to afford them. Dealerships now make more money arranging financing than selling vehicles. If a car loan goes bad, it typically isn’t the dealership on the hook—it is the borrower or lender.”

Remember that in car buying, as in life, there’s no such thing as a free lunch. You can’t magically walk away from a loan simply because you bought a new car — no matter what a salesperson promises. If you’re underwater on a car loan, bite the bullet and keep driving that clunker until it makes financial sense to offload it. Your pride will recover faster than your bank account. 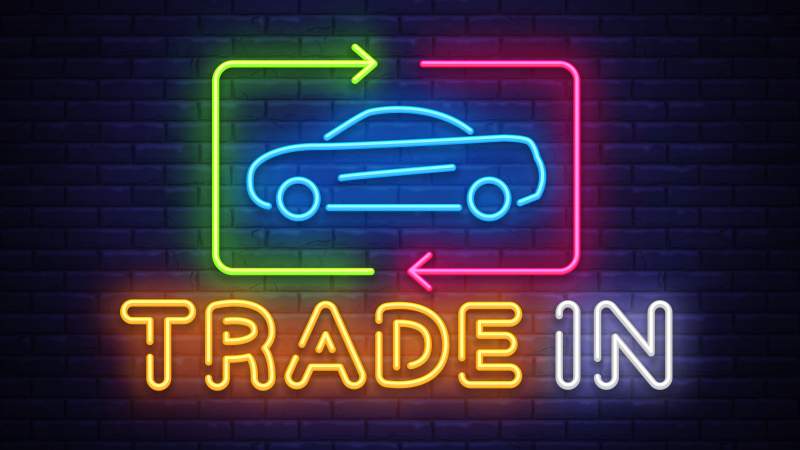