The Chevrolet Corvette, much like the Ford Mustang, enjoys quite the automotive legacy. Gearhead shows worldwide have pitted the American sports car against the most powerful and most expensive models available to the driving population, often with varying results.

In lieu of the upcoming mid-engine Corvette, or C8 as it’s been referred to, we’ve compiled this list of critical years within the Corvette’s lengthy history. You might be surprised to know that the ‘Vette has had to crawl and claw its way to the standing it now maintains. What does the future holds for Chevy and its supercar? While that’s anyone’s guess.

To say that 1953 was a big year for Chevrolet is both an understatement. At the time, it was also a contradiction. The Corvette, despite what you might think, didn’t come charging out of the gates. It certainly didn’t fly off the showroom floor. To be fair, the first Corvette did enjoy the benefits of numerous newspaper ads. Once word got around about what this American-made two-seater could do, it would give the Ford Thunderbird a run for its money.

Named for a “naval escort ship,” the Corvette was referred to as Project Opel before it debuted at the GM Motorama show in early January. By June, the first model would roll off the assembly line. Priced at $3,490, the Corvette’s design was meant to compete with higher-priced imports. Only 300 units were produced in the first year.

The 1953 Corvette was only available in Polo White with a red interior. The powertrain consisted of an inline six-cylinder engine with three carburetors, paired to a two-speed Powerglide transmission for a total of 150 horsepower. A V8 would later be available. If you were to find a 1953 Corvette for sale these days, you can expect a price tag anywhere from $125,000 to $275,000. With the imminent arrival of the next generation, those numbers may rise even higher.

Collectors know the 1963-64 Chevrolet Corvette models well, since they are the only years to feature split windows in the rear. If you see a Corvette with this feature, you can be sure it was made just 10 years after the first one rolled off the production line. The Z06 trim level was also first offered in this year, specifically on the 1963 Stingray. Only 199 ‘Vettes of this particular model were ever built.

1968: The Beginning of T-Tops and Evolution of Inspiration

The year 1968 marked the beginning of the longest-running generation of the Corvette, which lasted into the early 1980s. Customers in 1968 could purchase a ‘Vette with removable T-top panels. However, one of the main reasons this generation didn’t see a huge redesign was likely due to the inspiration for this particular model: the Mako Shark II. Produced by Chevy as well, the Mako Shark II debuted in 1965 but the popular design eventually took over the Corvette and in a good way.

History prioritizes accomplishments. It was in 1969 that Chevrolet produced the 250,000th Corvette ever made — an automotive milestone if ever there was one. Painted gold and given a convertible top, this one-of-a-kind Corvette likely crowns a lucky soul’s private collection. The ZR-1 model was also first offered in 1969 and continues to push the envelope with each passing year.

The official pace car for the 1978 Indy 500, the ‘Vette took advantage of its “new fastback rear end” to dazzle the crowd and entice them to visit their local Chevrolet dealer for their own slice of American pie. Chevrolet would continue to provide a pace car for the Indy 500 at multiple times in the race’s history.

The 1981 Corvette is also coveted by collectors because it was the only model to be built in both Missouri and Kentucky simultaneously. This keeps the production of America’s sports car local to its roots.

Corvette enthusiasts worldwide cheered at the grand opening of the National Corvette Museum in 1994. Dedicated to showcasing the history behind this iconic sports car, the museum would suffer tragedy 20 years later with the opening of a major sinkhole inside. However, restoration efforts began immediately, showing just how rewarding it can be to treasure automotive history and bring back what was once thought lost.

Though it hardly seems like a huge achievement to include HUD and leather in a sports car, many marques are known for taking out options at the factory, rather than putting them in. The Corvette gained a bit of credibility with these additions and we’re sure drivers will appreciate such features as well. It was a sign that the ‘Vette would keep up in terms of technology and comfort.

2020: Make It or Break It with the Mid-Engine Corvette

Though the first editions of the C8 2020 Corvette are likely already spoken for, this mid-engine concept isn’t something Chevrolet just dreamed up one day. A video on Chevy’s website shows the concept’s evolution, from a small racing chassis to a more recent 1990s rendition. As you can see, the newest ‘Vette has a lot to live up to when it comes to speed, agility, performance, curb appeal, and of course, sales. Keep an eye out on social media, your favorite automotive news sites, and of course Chevrolet’s website for updates on this new twist to an old staple in American sports car history.

Chevrolet debuted the 2020 Corvette, a model that will potentially join the rest of the mid-engine supercar greats. Will this be another turning point for the ‘Vette lineage? How will die-hard Corvette fans react to the new configuration? Share your thoughts, predictions, and/or opinions with us in the comments below! 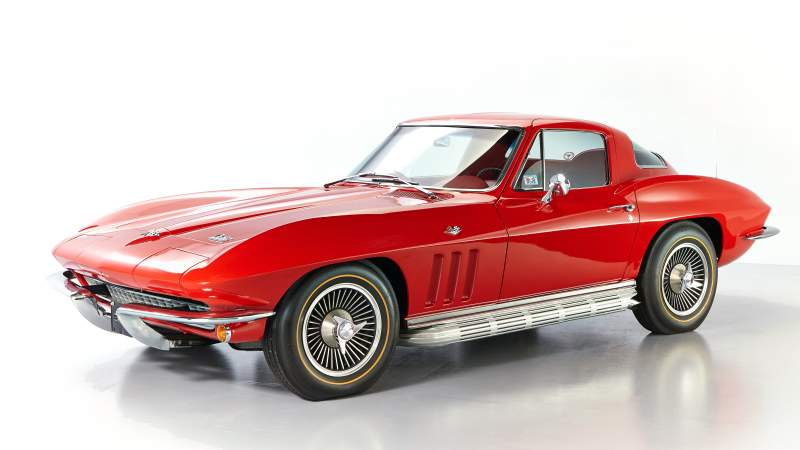