A new year (and new decade) are upon us and with it comes a fresh outlook for the automotive industry. Journalists, business executives, and prognosticators are already busy making their 2020 forecasts.  There are plenty of issues and changes they predict will drive carmakers over the coming year. And indeed throughout the entire decade. Through all the hype, commentary, and juxtaposition, a few clear trends have emerged. Here are five trends that are sure to influence the worldwide auto industry over the next 12 months, as we kick-off the 20s.

Among consumers, the most important factor in their vehicle purchase tends to be affordability. In some studies, the overall price tag is even more important than safety. Automakers seem to be responding to this trend, with retail prices around the world stabilizing. In some cases, they are actually falling.

Many automakers blamed the 2018 slump in global vehicle sales on a lack of affordability. In response, many of the biggest brands have reacted. Along with lower sticker prices, they’ve also begun to offer more affordable financing rates. Lower interest rates and longer finance terms have helped many consumers fit a car payment into their monthly budget.

Other automakers, such as Toyota, are making a push into cheaper compact and subcompact cars. These models have a lower starting price than larger midsize and full-sized vehicles. As a growing number of people continue to look for more affordable ways to get themselves and their family into a reliable vehicle, you can expect this trend to influence the industry for the foreseeable future.

The pace at which vehicles are becoming connected devices is truly staggering. Each year, the technology put into new cars accelerates. From hands free calling to expansive GPS systems, to having your emails read to you or unlocking and starting your car with an app, vehicles are increasingly interconnected. This trend that is sure to continue into 2020.

Engineers and technologists continue to find more ways to integrate our cars into our everyday lives. In future years, expect to see even more mind blowing features. Look out for advanced augmented reality dashboards that utilize 3D viewers. Your next car might facial monitoring, that will alert you when it detects that you’re tired. Location based smart home tech will turn on your house lights and furnace before you even pull into the driveway. When it comes to technology and automobiles, connectivity will be a major focus.

The push towards self-driving cars is not slowing down. If anything, it’s getting stronger. A growing number of automakers and technology companies are pushing to develop fully autonomous vehicles. Not just models with fancy “driver assist” features, either. The race is on to produce a vehicle that is capable of operating completely on its own, without any human intervention.

While surveys show that the public is slowly warming up to the idea, car companies are committing to self-driving cars as the future. The reality is that vehicles are becoming increasingly autonomous all the time. However, it’s only happening bit by bit.

It’s unlikely that we’ll suddenly move into using complete self-driving cars. Rather the switch will happen gradually, but steadily, as increasing amounts of autonomous features get added. We already have things like parking assist, lane departure warnings, and automatic breaking. Some advanced models even tout self-driving features, but they safely (and legally) require a human driver to be constantly monitoring it. Our cars are becoming more and more autonomous all the time. There appears to be no turning back.

Sustainability is a popular buzzword in many industries right now. That’s especially true in the auto industry, which is one of the worst emitters of CO2 on the planet. As young people mobilize around climate change, many are taking aim at car makers whose vehicles continue to burn gasoline at a high rate. The push is on for renewable energy sources. Many consumers are hoping for the auto industry to show leadership on the issue by creating concrete sustainability plans.

Many manufacturers are responding by offering a growing number of  hybrid models. Even on new cars that do still use a traditional engines, there is an increased focus on fuel economy. Some companies have already announced they will discontinue gasoline vehicles altogether by the year 2030. While a 10 year target may seem like a long way off, the shift to more sustainable options is accelerating. Much of the change has been spurred by consumer demands. However, car makers also know they have to stay ahead of the curve. Which brings us to our number one trend in the auto industry.

Electric vehicles are here. They are a trend that is sure to dominate the automotive industry in 2020 and beyond. The cost of electric vehicles continues to comes down and the infrastructure needed to support them (charging stations, improved batteries, etc.) keeps expanding. That means we will see more fully electric vehicles on the roads and parked in driveways. Literally every major automaker has announced a push into electric vehicles and has developed a plan to get there over the coming 10 years.

Governments around the world are helping with the electrification. Many are providing generous incentives to encourage drivers to buy an electric vehicle. They are also implementing legislation that will take punitive action against manufacturers that don’t eventually phase out cars that run on fossil fuels. It’s only a matter of time before electric vehicles are the only option available on a dealers’ lot. The electric car revolution is in full swing. The trend is only gaining momentum. 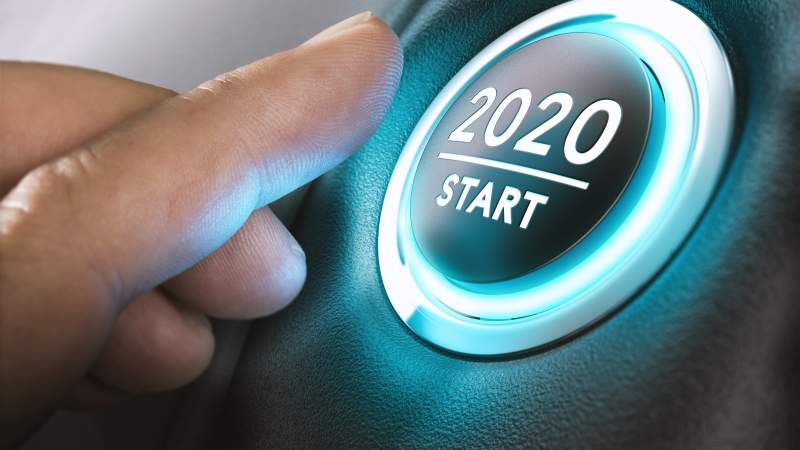