The modern automotive industry has been built by a number of visionary individuals – some very obvious and other not so much – who took risks and developed inventions that propelled cars forward. Without these people, the modern car, truck, or SUV might not exist. While many of these visionaries are widely celebrated, a few of them are not well-known to the general public and continue to exist in obscurity. Here are eight people who changed the global auto industry forever through their innovative efforts and chutzpah.

German engineer Karl Benz (of Mercedes-Benz fame) is credited with inventing the first true automobile, or horseless carriage as it was called, in the late 1800s. However, it was Benz’s wife Bertha who took an important step to help move the first automobile forward. Back in 1888, nobody was interested in buying the then-unproven horseless carriages for fear that they were unreliable and dangerous.

Bertha Benz took it upon herself to prove the naysayers wrong and, without her husband’s knowledge, set out with her two sons on a 65-mile journey from Mannheim to Pforzheim, Germany. Before this time, automobiles had only been driven very short distances and for very short periods of time. The trio successfully made it to Pforzheim the same day that they set out and news of their amazing journey spread quickly. It put an end to concerns about reliability and proving that the first car could be practical. Sales of the horseless carriage picked up and the rest is history.

The sports cars we know and cherish today might not exist if it weren’t for engineer Colin Chapman, who founded Lotus Cars. Chapman studied structural engineering at school before training to be a pilot in the British Air Force. His experiences made him well-versed in lightweight materials and construction techniques, and he put that knowledge to work creating the first supercars and lightweight sports cars.

Chapman’s ideas about monocoque construction and chassis design helped Lotus to an impressive win streak on the Formula 1 circuit and created the modern safety standards and body rigidity that are still employed today. Under Chapman’s leadership and design, Team Lotus won seven Formula 1 titles, six Drivers’ Championships, and the Indy 500 – all between 1962 and 1978.

It wasn’t surprising that other companies quickly sought to replicate the success of Lotus and adopted Chapman’s lightweight designs. Additionally, Lotus road cars proved that you didn’t need eight cylinders to make a good sports car. The lightweight and super fast race and sports cars we all envy today can trace their history back to Colin Chapman and Lotus Cars.

Believe it or not, cruise control was invented by a blind man named Ralph Teetor. Blinded in an accident at the tender age of five, Teetor grew up to be a prolific inventor despite having no vision. Legend has it that his heightened senses of touch and hearing gave him the ability to solve complex mechanical problems. Though many of his inventions were for cars, he never drove one himself.

The inspiration for cruise control came after a Teetor experienced a rough ride with his patent attorney, who had trouble maintaining a consistent speed while shifting gears manually. Teetor thought that inventing a way to keep a vehicle at a constant speed on highways until the breaks are touched would help drivers the world over. He was right. He patented his invention in 1953 under the name “Speedostat”, and it was first used by the Chrysler Corporation on their 1958 car models. The invention proved to be a hit and is now pretty much standard in all cars.

Ray Kroc is best known as the driving force behind the expansion of McDonald’s and the popularity of fast food. However, Mr. Kroc also invented and popularized the drive thru in the late 1950s and early 1960s, something that had a profound impact on the car industry. The drive thru helped to popularize the automobile, particularly among the Baby Boomers generation, who were teenagers and young adults t the time.

Suddenly you needed a car to hang out at the drive thru and cruise the main drag downtown. The era of hot rods, drag races, and making out in the backseat can all be traced in many ways to the drive thru. The invention continues to be popular today, as people still prefer to grab fast food on the go from the comfort of their car rather than get out and line-up to be served. Car culture as we know it is inextricably tied to the drive thru and fast food thanks to Ray Kroc.

A world without GPS seems almost inconceivable today, much like a world without bank machines or the internet. However, there was a time when GPS in cars did not exist and people had to rely on paper road maps to get to their destination. That all changed thanks to pioneering physicist Roger Easton who invented the “TIMATION program,” a three-dimensional (3D) navigation system that leveraged earth-orbiting satellites with super precise clocks to create the Global Positioning System (GPS) that today guides most drivers.

Originally developed in the 1960s for military purposes, GPS was made available to public and is now used by people all over the world. Whether it’s with their smartphone, laptop, car infotainment system, or those standalone GPS units (we didn’t forget about you, TomTom), Easton’s innovation helps us with finding soccer fields, grocery stores, or just finding our way home if we take a wrong turn and get lost.

Love him or hate him, there’s no denying that Elon Musk is a visionary. It’s not that the co-founder, CEO, and product architect of Tesla Motors invented the electric car — because he didn’t. It’s that he is pushing the vehicles further than anyone else and proving that they are a viable option to “dirty” vehicles powered by fossil fuels.

From their inception, electric vehicles have been criticized as impractical and too expensive. Tesla has done wonders to prove these assertions wrong, building cars that have longer driving ranges while simultaneously lowering the price to levels that are affordable for the middle class. Tesla, under Musk’s direction, is also building electric vehicles that are competing with other luxury brands, and their products look damn good.

While comedians might make fun of Prius drivers, owning a Tesla doesn’t come with the same embarrassment. In fact, they are a status symbol. Under Musk’s direction, Tesla has built an extensive support infrastructure that is helping to finally make electric cars a mainstream option for consumers. The future of electric vehicles (and make no mistake, they are the future) owes a lot to Elon Musk.

American industrialist Henry Ford founded the Ford Motor Company and created the Model T, which is credited as the first mass produced commercial vehicle. However, Ford’s greatest invention and most significant contribution to the automotive industry wasn’t the Model T. It was the creation of the assembly line.

While the assembly line was not Ford’s original idea, but he perfected it, revolutionizing both general manufacturing and the automotive industry. With the assembly line, Ford was able to manufacture an automobile for a price that middle-class people could afford. In doing so, Ford changed the automobile from an expensive curiosity for the wealthy into a practical machine changed the world forever.

The affordable, mass produced Model T revolutionized transportation and American industry. It ushered in the car age for good. Ford’s assembly line also proved to be a blueprint for inexpensive mass production that endures to this day, across many industries. For this reason, Henry Ford is credited as the greatest visionary in automotive history. 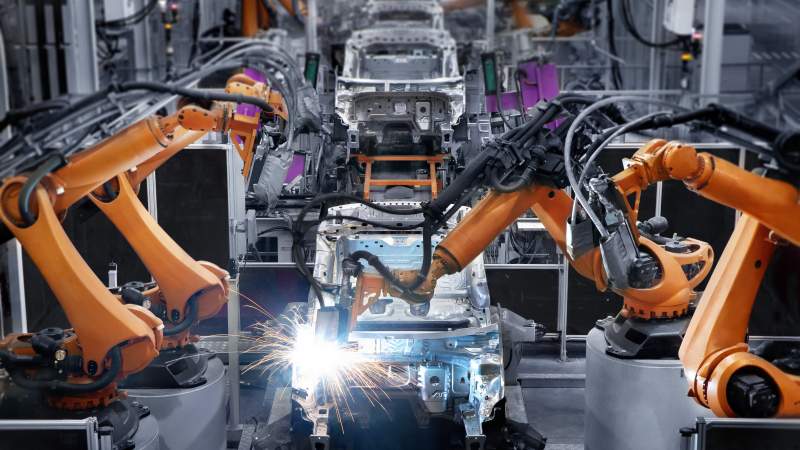