10 Ways That Cars Are Becoming Too Complicated (And Annoying)

It’s safe to say that cars have more technology in them today than ever before. Vehicles rolling off the assembly line nowadays are marvels of modern engineering. But can too much technology be a bad thing? Many people are of the opinion that modern cars are becoming a little too complicated. It’s making them annoying in many ways. After all, the goal is still to drive when you’re in a car, right?

So what are we doing turning on the hot stone Swedish massage feature in our head rests and arguing with our onboard navigation system over the fastest route to the local Dairy Queen? Here are 10 ways in which vehicles today are becoming too complicated, and super annoying.

When GPS and onboard navigation were in their infancy a decade ago, it was pretty cool that they could talk. We all thought hearing your vehicle bark out directions as you drove was really neat. Today though, your car will not stop talking to you. From telling you to fasten your seatbelt, alerting you to approaching pedestrians, and pointing out that you just missed your exit on the highway, cars today have morphed into a nagging old woman.

Additionally, they pepper you with endless questions while you’re driving. “Would you like the temperature raised?” “Who should I call for you?” “Are you attempting to back-up?” High-end onboard navigation and infotainment systems have become the ultimate backseat drivers. They’re worse than a group of kids in the backseat chanting “Are we there yet?” Shut up already!

What program can’t you get on satellite radio in your car these days? How many DVDs can fit in your vehicle’s DVD player? And how many climate zones can there be in a single car? The endless choices we’re constantly confronted with when we get into our vehicles has become mind boggling.

Do you feel like listening to Howard Stern or Mike and Mike on ESPN? Maybe I’ll listen to National Public Radio? What channel was that again? Which one of these DVDs is the movie Frozen? Was it DVD three or DVD four? Maybe the kids remember?

We think we understand what dual zone climate control is, but what the hell is tri-zone climate control? In an effort to turn our vehicles into traveling living rooms we have given ourselves so many choices and options that it is distracting, and it takes away from driving.

Touchscreen consoles in cars look cool. They create a feeling that you’re piloting the U.S.S. Enterprise on Star Trek: The Next Generation. While touchscreens may look cool, they can sometimes be impractical and difficult to operate. This is mainly owing to the fact that there are just too many buttons to press. You often have to take your eyes off the road every time you reach for the touchscreen console. You also have to divert your eyes to scan the map on the navigation display next to the steering wheel. It all adds up to an overload for the human mind.

Automakers have acknowledged this fact and responded with, what they claim, is a full proof solution to the problem: they’re installing cars with a computer mouse. Yes, this seriously exists in some models. Wow. As if touchscreens weren’t unmanageable enough. Now we have to work a mouse with our right hands while steering with our left hand. Nothing like trying to point and click at 60 miles per hour. Geez!

7. Too Much Seat Reconfiguration

Stow-and-go was a cute gimmick when it first came out in the Dodge Grand Caravan. Flip the back row of seats down and you can throw a load of lumber in your minivan. Awesome. However, now there is so much available seat reconfiguration in vehicles that most people are unsure if their minivan or SUV seats five, seven, or eight people.

Optional middle seats, separating seats, fold down back seats, removable seats. People are able to configure their vehicles in so many ways they’re unsure when to stop. And who here hasn’t seen a spare car seat sitting in their neighbors’ garage? What’s that for? Nothing. It just came out of our SUV. I’d put it back, but I’m not sure where it goes exactly. When did seating in vehicles become so bloody complicated? Enough already. Give me enough seats to fit my family.

What the hell has happened to car headlights? Really, what the hell has happened to the lighting in cars, period? Those Halogen, Xenon and LED lights being used in cars today are leaving us all blind. And that’s without the high-beams on. We know it’s important to see the road at night and for people to have a wide view, but the headlights being used today allow people in Boston to see halfway to Kansas.

From a distance, most highways at night look like airport landing strips because they’re so brightly lit. The higher placed headlights on SUVs and trucks are especially obnoxious and blinding. It makes you wonder if it’s all necessary. Plus, what is with the lighting inside cars. It’s all blue LED lighting that makes your minivan feel like the inside of an alien spacecraft. What happened to plain, white light in a car?

5. Luxuries for the Sake of Luxuries

If you drive a Mercedes-Benz S Class sedan today, you can literally bathe yourself in the scent of your choice while reclining in your reclining seat, a la a La-Z-Boy, and giving yourself a Shiatsu massage. We’re still talking about a car here, right?

The list of luxury features that are being added to vehicles these days is getting out of control. Luxuries are being added just for the hell of it. What happened to massaging beads on the back of the driver’s seat and an air freshener dangling from the rear view mirror? You’re saying that now we need aromatherapy and to feel like we’re at a Swedish spa while heading out to buy milk? These luxuries are nice in theory, but most are completely impractical and totally distracting when trying to operate a motor vehicle.

Rear view cameras. Side view cameras. Front view cameras. 360-degree bird’s eye view cameras. Night vision cameras. Parking assist cameras. What happened to looking out the windshield and over one’s shoulder? Do any of us feel more comfortable looking at a camera display on a monitor than simply looking behind us when backing up?

Cameras in cars are another one of those options that are nice in theory but not always the most practical application to have in a moving vehicle. While marketed as a “safety feature,” they are, in fact, quite distracting and annoying. Plus, the whole time you’re trying to line up your car between two red lines in the rear view camera, the car is squawking at you and telling you you’re doing it wrong. Thanks a lot, car!

The modern car gives so many alerts and warnings it’s almosy as if the vehicle is trying to scare us to death. Blind spot alerts, lane departure warnings, pedestrians ahead notices, cyclist alerts, etc, etc. Can we all just take a moment and drive, please and thank you? Remember the good old days when we were all responsible for watching the road ahead and the people and vehicles around us, and actually had to make decisions on our own?

Today there’s no time to actually drive and look around because the car is yelling that someone beside us is changing lanes or that there’s a pedestrian crossing in 600 meters. It’s enough to rattle the nerves and leave people with a permanent tick. We’re all for safety, but the hypervigilance of vehicles today is way over the top. And besides, we meant to change lanes. You don’t have to issue me a warning about it. I know I changed lanes. Totally meant to do that. Honest.

Studies show most motorists don’t even use cruise control. People don’t trust it. They like to have their foot on either the gas or brake at all times. Gives them a sense of control and a feeling of safety. So why in heaven’s name do automakers insist on continuing to make cruise control more complicated?

Now there’s adaptive cruise control, which uses a radar to monitor the vehicle in front and adjust the speed of your vehicle to keep it at a pre-set distance. Sounds like witchcraft to us. A little too much hocus pocus. Are any of us comfortable giving our car that much power? We know adaptive cruise control works in fog and rain conditions. But really, who cares? It’s not like we’re going to use it anyway.

1. Our Cars No Longer Trust Us

Like a frenemy who’s turned on us, our modern high-tech cars no longer trust us. Automotive engineers are fine tuning completely autonomous self-driving cars, and expectations are that they’ll be everywhere before you know it. Those same engineers say the goal of self-driving cars is to take humans out of the driving equation. In other words, to completely remove human error from the driving experience. To replace us with superior machines and their superior artificial intelligence.

These engineers also say that the autonomous vehicles will have the ability to override human commands and do what they think is in the car’s best interest in any given situation. Well, thanks a lot! That’s six months of driver’s training right out the window! Since when do cars know better than their human masters? It’s getting scary out there. We’re getting closer to Skynet making its calculation about the human race, people. 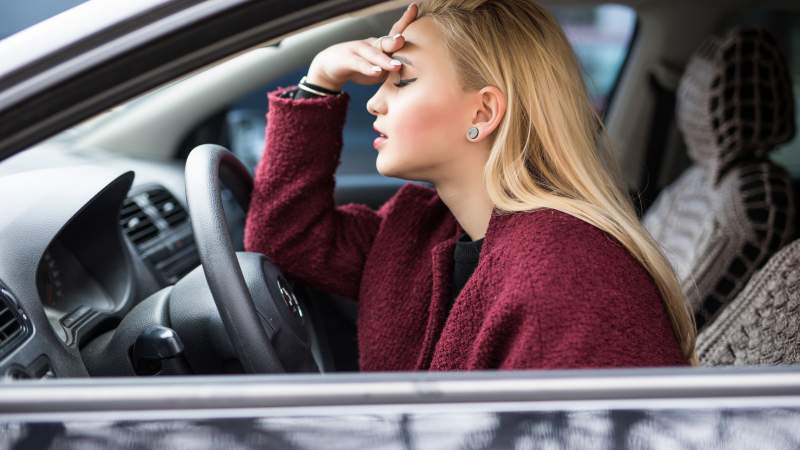