There’s a saying that you can’t teach an old dog new tricks but it’s those same tricks that get people’s attention and set you apart from the rest. When it comes to cars, having something no one else does installed on your vehicle often means bragging rights. To highlight some of the coolest, weirdest, and oddest features that can be found in actual vehicles, we’ve compiled the following list. Some old and some new, these features represent the idiosyncratic tendencies that find their way into the same vehicles we build our lives around.

When we think of airbags, we automatically place them within the vehicle. They cushion the driver and passenger(s) against harm, so that’s naturally where they’d be installed. However, both Volvo and Land Rover designed airbags that would deploy in the presence of a pedestrian, outside the vehicle instead of within.

In fact, Land Rover Discovery Sports include this feature as part of their integrated safety systems. As long as the vehicle is going anywhere from 15-30 miles-per-hour, the car will deploy an airbag from the cowl area when it detects pressure against the front bumper. The airbag then protects the pedestrian against any glass debris from the windshield and cushions any impact with the car’s body.

Innovative storage pockets have always been an automotive manufacturer’s way of adding flair to their models. However, Rolls-Royce has taken it a step further with their sneaky umbrella storage receptacle, located in the front fender right behind the front wheels. Long and narrow, this storage space keeps your umbrella dry, which means you’ll stay dry in that dreary weather, too.

You’ve heard of trucks that have two gas tanks but did you know that Nissan fitted certain models with two gas gauges? The company fitted various Japanese vehicles in the 1980s with this pair of gauges, which did in fact measure two different aspects.

The first gauge looked like most do, with a needle moving from “F” to “E” as the fuel level sunk. However, the second gauge took over once the first needle go too close to the “E” mark. These days, cars have technology built in that will tell you how many miles you have left on that particular tank of gas. With these Nissans, however, the gauge was your emergency measurement of how much further you could drive before you absolutely had to refuel.

Figuring out how second- and third-row seats fold up confounds the majority of car owners until they’ve seen it in action. But knowing that within your seat is a built-in booster seat for your child can make a world of difference. Car seats for children are expensive, bulky, cumbersome, and often elaborate in how they attach to the seat.

Both Chrysler and Volvo have engineered certain models to feature these built-in booster seats. Chrysler made the design popular in the 1990s and though Volvo incorporates them into their newer models. Although there’s still some concern as to whether this feature has earned a right to stay.

Most vehicles these days have built-in windshield warming elements that will heat up to speed up the process of chipping ice on a snowy winter day. However, Subaru XTs in the 1980s had an even simpler solution than heat. With a simple press of a button labeled “winter mode,” the XT would pull the wiper blade (yes, one blade) above the cowling. This would make it easier to clear the windshield and meant you didn’t have to apply heat in order to see on your morning commute.

Volkswagen Beetles have always been a bit goofy to most people, in terms of appearance, performance, and overall demeanor. But did you know that Beetles were equipped with an innovative feature that allowed you to pressurize the windshield washer reservoir with air from the spare tire? Scientific explanation aside, it was a great way to minimize equipment on the already-cramped tiny Kaefer. Just be sure you didn’t get a flat because there wasn’t a way to reverse the flow of air back into the spare tire.

Having a convertible can mean a world of difference for some folks. For those who are super committed to open air driving, there’s the MINI Cooper Convertible drop-top counter. Integrated into the dash bubble cluster, this icon will record the exact length of time the convertible top has been in use. We’re not sure what other purpose this feature might serve, other than to back up bragging rights.

Beyond the engine, your car’s brakes are one of the hottest components. They can heat up quickly, depending on how far you drive, how long you brake for during that drive, and how hot the temperature is outside the car. Keeping your brakes at a cool operating temperature is key to a safe and successful driving experience.

For these reasons, BMW has engineered their brakes to cool down as the temperature increases. Taking cues from the rain-sensing windshield wipers, this brake cooling system will begin to move the brake pads closer to the rotor during the drive. This intermittent movement of the brake pads allows the heat of the rotor to dry them out so they stay viable in even the wettest of conditions.

If the words “are we there yet” aren’t the bane of every parent’s existence, then the phrase “I have to go” is a close runner-up. But if you were rich enough to afford the Rolls-Royce Vignale, pit stops didn’t have to mean you actually stopped. You could simply lift up the seat cushion, position yourself over the inviting opening, and do your business. All this while puttering along in your luxury sedan as if it were nothing at all. Gross? Maybe, but it certainly was efficient!

What New Oddball Features Will They Think of Next?

Check out the features list of any new vehicle these days and you might spot a few that provoke a question mark to pop up over your head. We hope you’ve found this list of oddball features entertaining and eye-opening. Which features would you want to see on your vehicle? Are there any you’d add to this list? Share your thoughts with us below! 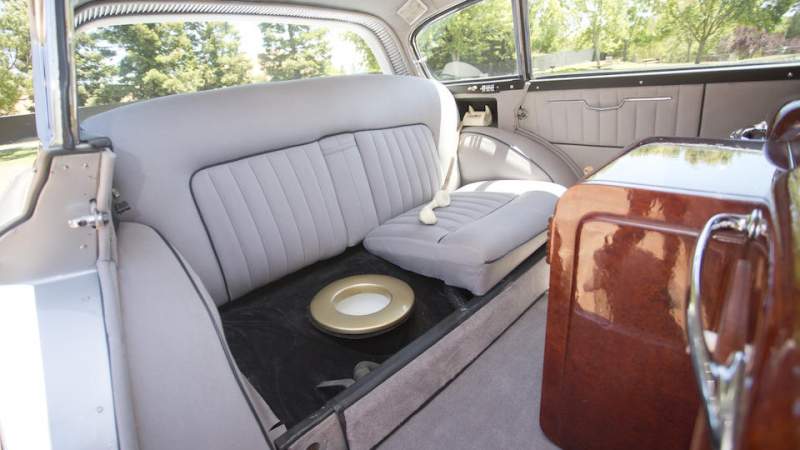 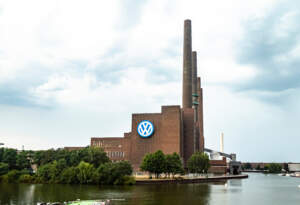 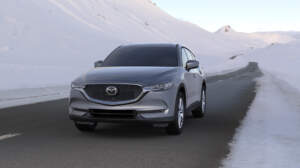 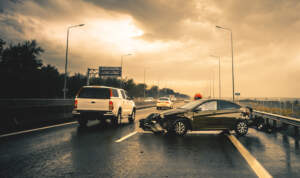