If you’re looking for a great budget-friendly car, check out your local car rental shop. Chances are they’ve got a few “economy” models that they keep in their fleet because of fuel economy, durability, cost of ownership, or any number of other business-minded reasons. These economy cars might not be top-of-the-line models that you’d want to throttle while dancing along the coastline, but they’ll get you to and from where you need to go.

The 2018 Volkswagen Jetta Sedan is one of those cars most Enterprises, Hertz, and other rental hubs stock. Before you go dismissing this student-driver-friendly sedan, though, look past its demure exterior and understand the value it presents. Dependability can never be too high on your priority list — unless, of course, you’ve got a secure and abundant amount of funds.

The 2018 Volkswagen Jetta Sedan — not to be confused with the Jetta Wagon, which is now known as the Golf Wagon — is available in the following colors:

In terms of fuel efficiency, the 2018 Volkswagen Jetta comes in at the middle of the pack, with respectable ratings for the 1.4L turbo engine, but fares no better with the 1.8L and the 2.0L. With 28 city and 40 highway EPA-estimated mpg for the 1.4L, both the 1.8L and 2.0L come in at 24 city and 33 highway. For comparison, the Honda Accord and Chevy Cruze come in around 30 city/38 highway. 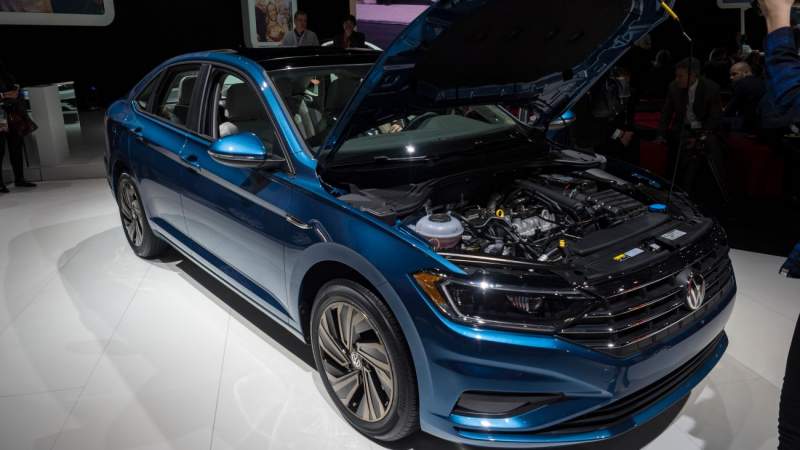 “Not every collision brings a car to stop,” according to Volkswagen. “That’s why our vehicles include the Automatic Post-Collision Braking System. It can also help slow the vehicle down after a collision, helping reduce the chance of any additional impacts.” The 2018 Jetta Sedan received a “5-star overall safety rating from the National Highway Traffic Safety Administration — the highest rating possible. Five stars that add up to a lot more confidence.”

That confidence stems from the many safety options offered on the 2018 Jetta. Equipped with a rearview camera, a blind spot monitor, Car-Net Guide & Inform, and Car-Net Security and Service, it’s easy to see why Volkswagen stands behind their vehicle. Adaptive Cruise Control (ACC), Park Pilot, Front Assist, and Rear Traffic Alert contribute to the overall safety of this car as well.

According to Edmunds, the 2018 Volkswagen Jetta Sedan scored “Good” in all IIHS categories, including side impact, roof strength, and rear crash. J.D. Power rated it between three and five for all categories, with the Jetta scored best in overall quality, and body and interior quality.

As you’re relaxing in your super-safe 2018 Jetta, you’ll have access to Apple CarPlay, Android Auto, and SiriusXM radio. Daytime LED running lights only scratch the surface of the dealer accessories and add-ons available on the 2018 Jetta.

Base S model Jettas come with the 1.4L engine only and start at $18,645. Available with a five-speed manual, this model features heated side mirrors, Bluetooth, and a rearview camera. All models are equipped with independent suspension and seven stability-enhancing systems to keep your ride smooth.

Volkswagen’s signature Wolfsburg edition is powered by the 1.4L as well, also mated to the five-speed manual. A multi-link rear suspension, black-painted side mirror caps, and heated power side mirrors and windshield washer nozzles are offered on this model, along with halogen fog lights.

The SE model also has the 1.4L engine along with a sunroof. Sharing the middle of the pack with the SE Sport, this model will cost you a little over $21,000, which is still not too bad for a very capable car. Keyless access and a push button start top off this 1.4L, five-speed manual package. The SE Sport model unlocks 17-inch wheels, the 1.8L engine with a six-speed automatic, and leather heated front seats. SEL models also come with the 1.8L turbo four and touchscreen navigation. Rain sensing windshield wipers and a Sport mode round out this model.

At the top of the heap, we’ve got the GLI model, coming in at a little under $30,000. Equipped with the 2.0L turbo four, this six-speed auto features paddle shifters and a Sport mode as well. 18-inch Bathurst alloy wheels and a rear spoiler accent the exterior features of the 2018 Jetta. Customers who pick this option will enjoy a 6.3-inch touchscreen navigation system with voice control and a premium color Multifunction Display (MFD) with a trip computer. Sport bumpers and side skirts give the 2018 Jetta GLI a sleeker look.

How the 2018 Jetta Compares

As part of the compact sedan class, the Jetta faces fierce competition. Kelley Blue Book applauds the Jetta for the best warranty offered in its class, with a six-year/72,000-mile bumper-to-bumper Limited Warranty. KBB also ranks it in the top five of its class for fuel economy and horsepower, but notes VW uses V-Tex Leatherette, which is not genuine leather, for its interiors.

Consumer Reports was drawn to the responsive handling and comfortable ride, and praised the Jetta’s fuel efficiency, “making it a solid choice for those seeking greater fuel efficiency.” But both KBB and Consumer Reports do make the same point: if you’re going to spring for the GLI model, you might as well pay just that little bit extra (or in some cases, same amount) for an arguably more-capable, better make and model.

Models you might then consider include the Audi A3 and A5, Honda’s Civic and Accord, Chevy’s Cruze, Volt, and Bolt EV, the Mazda 3, Toyota’s Corolla, the Kia Forte, Mercedes-Benz’s E-Class and CLA, the BMW 3 series, Volvo’s S60, the Hyundai Elantra, Ford Focus, Subaru Impreza and WRX, Nissan’s Sentra, the Acura ILX, Lexus’ IS and RC, and the Mitsubishi Lancer. Granted, you could even include some of the midsize sedans in your search as well, depending on your budget and brand preference.

Choosing a model in the sedan segment is a bit like choosing an SUV/crossover. Of the multitude of options out there, you really need to consider your budget, desired creature comforts, and operating costs before test-driving anything. Make a list out of the priorities you’d like to have in your next new car, and then start comparing. Each marque holds strong in this segment.

There is a car out there for every driver, so if you’re looking for a cheap option that’s capable of getting you around in the most basic of creature comforts, choose the 2018 Volkswagen Jetta Sedan. You’ll always have an eye for VW’s svelte cousin Audi, but we can dream, can’t we? 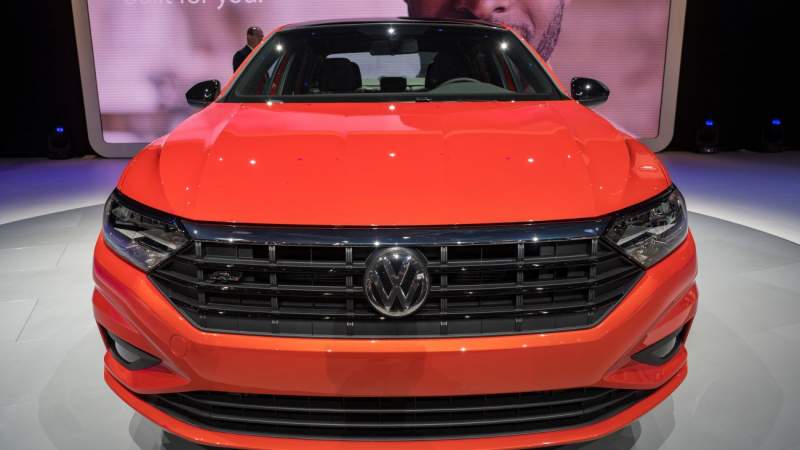