Volkswagen Forecast To Surpass Tesla In EV Sales By 2022

People are getting excited about Volkswagen’s move into electric vehicles. A new analysis from Deutsche Bank forecasts that the German automaker’s EV business could soon be worth $230 billion. That’s more than the entire company is currently worth. Deutsche Bank also says that VW could surpass Tesla in EV sales as soon as next year.

If the market were to apply multiples like Tesla and China’s Nio to Volkswagen’s EV business, it would be worth about 195 billion euros (US$230 billion), according to analyst Tim Rokossa. Deutsche Bank also lifted its price target on VW shares by 46%.

Volkswagen has been on a hot streak lately. Due to a sharp rise in their stock price, VW has replaced software giant SAP as the largest member of Germany’s benchmark DAX stock market index. They have become the country’s most valuable company for the first time since the 2015 dieselgate scandal damaged its reputation and depressed its share price.

Volkswagen’s stated goal of taking on Tesla for EV supremacy has sparked the interest of both small retail investors and larger institutional investors. Both groups have been snapping up shares of the company’s stock.

Deutsche Bank says there is a good chance that Volkswagen’s EV deliveries will surpass Tesla’s rather quickly. Helping VW hit this milestone is the all-electric ID.4, compact SUV that will be rolled out globally. Executives for VW’s Spanish brand Seat have also said they plan to launch an EV of their own for urban areas by 2025.

Volkswagen plans to transform Seat’s factory outside Barcelona, Spain into an EV hub. They have a lofty goal of producing more than 500,000 electric vehicles per year. That would be equal to Tesla’s global deliveries in all of 2020.

Volkswagen’s truck unit Traton SE is also getting into the EV space. It will boost investments in electric technology by 2025 and scale back spending on combustion engine powered vehicles, according to the company. 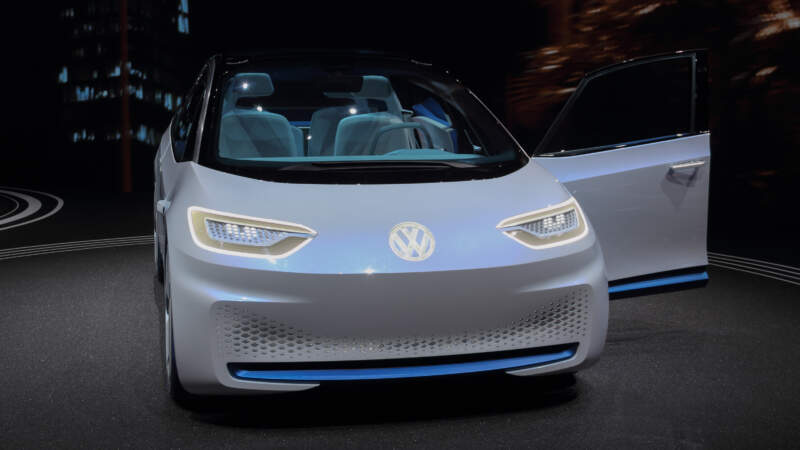