Under the Hood: 2017 Nissan Altima

Are you looking for a sedan with a powerful engine, great fuel economy, and a distinct style? Look no further than the 2017 Nissan Altima. With a starting MSRP of $22,500 and an EPA estimated 31 MPG, the Altima gives its driver a stylish bang for their buck for a sedan of its class.

Weighing in at 3212 lbs., the Altima has a height, length, and width of 57 in., 191 in., and 72 in. respectively. This model also has an automatic transmission, Front Wheel Drive (FWD) drive train, 2.5 L displacement, and a 109-inch wheelbase. The Altima is equipped with a standard 179-hp engine, which delivers a mix of power and fuel efficiency. The Altima is available in five main trim levels: base, S, SR, SV, and SL. These trims are distinguished by an engine size prefix – 2.5 for the four-cylinder engine, and 3.5 for the V6. The 3.5, however, is only available in the SR and SL trims. It is also important to note that the Altima comes with a three-year/36,000-mile limited warranty, and a five-year/60,000-mile limited powertrain warranty.

Based on the 2.5 S Auto FWD five-passenger, four-door sedan, the Altima is packed full of features. Standard with this model are fold flat rear seats, an alarm, Bluetooth capabilities, trip computer, tire pressure warning, and rear bench seats. The Altima also includes amenities drivers expect with new models, such as keyless entry and start, a back-up camera, and audio and cruise controls on the steering wheel.

As we all know, for every standard feature a car has five optional accessories and packages – the Altima is no exception. Whether you want chargers or flaps, there are a multitude of options to choose from. For $225, you can add a carpeted trunk and floor mats. For $780, you can add 16-inch gunmetal aluminum-alloy wheels. For the tech-savvy driver, $450 will get you Nissan 4G Wi-Fi. A full list of extras and packages can be found here.

If accessories and packages aren’t for you, you can splurge on the 2017 Altima Midnight Edition. Be the envy of other Altima drivers with this model – it is available in five colors, and the Midnight Edition boasts an array of special features. The car comes with 18-inch alloy wheels, black rear spoiler, black outside mirrors, LED headlights with signature LED daytime running lights, and a remote engine start and stop system with intelligent climate control.

But what are some pros and cons of the Altima?

Drivers are praising the engine and transmission, saying that they deliver strong acceleration and a quick response time. For a sedan of its size, it is also receiving praise for its fuel economy, with an EPA estimated 25 MPG city/36 MPG highway. But most important of all to some drivers, the Altima’s front seats are some of the most comfortable in its class. These comfortable seats are perfect for a quick run to the grocery store or a cross-country drive alike.

Where there are pros, however, there are potential cons – this is standard with every car, and every product for that matter.

For starters, some drivers are complaining about the materials used in the interior design, saying that the Altima lacks the high-quality look and feel of its competitors. The technology used in the interface is also beginning to show its age, as new car-computing technology is constantly being developed. Drivers are also complaining about the road and engine noise, saying it is more than expected for a car of its class.

Do the pros of the Altima outweigh its cons for you? As for all automobiles, personal preference plays a large role in choosing a new ride.

As mentioned before, the interior design of the Altima is lacking to some. The car comes with a standard 5-inch display, which some say is small and difficult to read at a glance. Compare this to the standard 17-inch display in the Tesla Model S … well, you can’t. But if the 5-inch display is too small for you, there is an option to upgrade to a 7-inch display.

Aside from the display, the Altima does have comfortable front seats, that have been described as better-than-average for its class. The rear seats also provide adequate head and legroom for the average adult. The rear seats also feature an elevated seat cushion for better forward visibility. Whether you want to store your suitcase or boogie board, the trunk offers a rather average 15.4 cubic feet of space for its class. Apart from the trunk, there is also plenty of room to store personal items in the cabin of the car.

All in all, the 2017 Nissan Altima may be the right set of wheels for you. With a relatively low starting MSRP of $22,500 and a multitude of features to choose from, there is definitely room for customization – the Midnight Edition also provides drivers with a distinct driving experience. The 179-hp engine and EPA estimated 31 MPG provide a mix of power and environmental friendliness, and has definitely received its fair share of praise from consumers and professionals alike. There are drawbacks however, such as the aging 5-inch display and less-than-handsome interior accoutrements, but these drawbacks may seem materialistic and nitpicky to some. 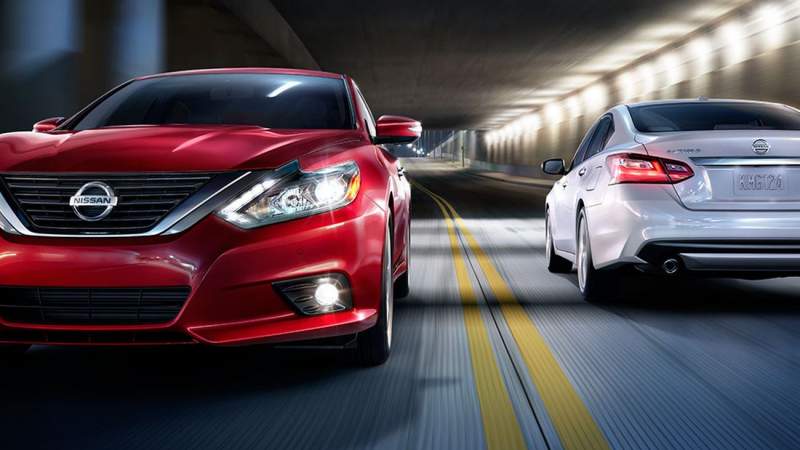