There’s a wide variety of incredible sports cars available today – but the truth is the average person simply can’t afford to own them. With luxury automakers often earning the most attention, it can seem like a sports car isn’t possible if you’re sticking to a strict budget.

But there are plenty of sports cars out there that anyone can aspire to own. You just need to know which models are worth buying, and which come with an affordable price tag. The following sports cars can all be bought for less than $50,000 new, and they’re all undeniably sporty.

Although the Toyota 86 checks many sports car boxes, it’s technically a four-seater. But in all honesty, the Toyota 86 is best treated as a two-seater – its two back seats are almost unusably small.

And as a sports car, the 86 looks good, drives absolutely superbly, and is very affordable with prices starting at $26,505. The Toyota 86 is designed to drive and handle magnificently, and that’s a mission this car positively excels at. It’s hard to think of many other cars that are this much fun at 50mph, but the 2.0-liter flat-four engine found in the 86 is very good.

With a maximum output of 181 horsepower, the Miata is less powerful than the Toyota, but it’s also smaller and lighter – meaning it’s quite fun when you’re behind the wheel. The Mazda absolutely sensational to drive, especially for drivers who want a sports car that can do double-duty as an everyday vehicle.

The Miata is available in vinyl roof convertible and folding hardtop versions, and it looks great in either form. With prices starting from $25,730, the Miata is also affordable. It’s pretty fantastic for the price, which is probably why it’s one of the best-selling sports cars in history.

If you think Camaro, you probably immediately think muscle car. But the latest Chevy Camaro is more sports car than muscle car. These days, the Camaro is light and nimble, rides well, and features a snug cabin that’s only really for two people.

There’s no denying the Dodge Challenger is a muscle car, but it’s really splitting hairs to say it isn’t a sports car. It’s certainly a lot closer to being a sports car than a sedan or hatchback. It has two doors, fabulous retro styling, rear-wheel-drive and stunning performance.

Base SXT versions cost from just $27,845, and if you want a practical sports car, this is the way to go. The interior is so large it can comfortably fit five adults. For well below $50,000 you can get an R/T Scat Pack, and that means a 6.4-liter Hemi V-8 developing 485 hp and 476 lb.-ft. of torque. It can come mated to either a six-speed manual or an eight-speed automatic transmission, and this mighty beast can reach 60 mph from a standing start in as little as 4.4 seconds. If you want sports car performance in a practical package that represents seriously good value, the Dodge Challenger is worth considering.

The Mustang doesn’t drive or handle as well as the Toyota 86 or the Mazda Miata, it’s not as powerful or practical as the Challenger, and it’s not as aggressively styled as the Camaro. However, the Mustang offers buyers a fantastic blend of all of the above, and that makes it very hard to beat, especially when it comes to affordable sports cars.

From just $26,395, the EcoBoost Fastback boasts a 2.3-liter turbo-four developing 310 hp and 350 lb.-ft. of torque. And unlike some of the more powerful V-8-powered options, this one works brilliantly with Ford’s superb 10-speed automatic transmission. Also, you can have any Mustang in the 2019 lineup without exceeding our 450k budget, apart from the Shelbys, and it’s going to be hard to find any car fan who doesn’t love the way the Mustang looks.

All of the choices listed here have their merits, and some of them will suit certain buyers better than others. But if you’re looking for the best overall affordable sports car, make sure to do your research. Visit your local dealerships, take a test drive, and determine which of these sports cars fits your budget and your interests. 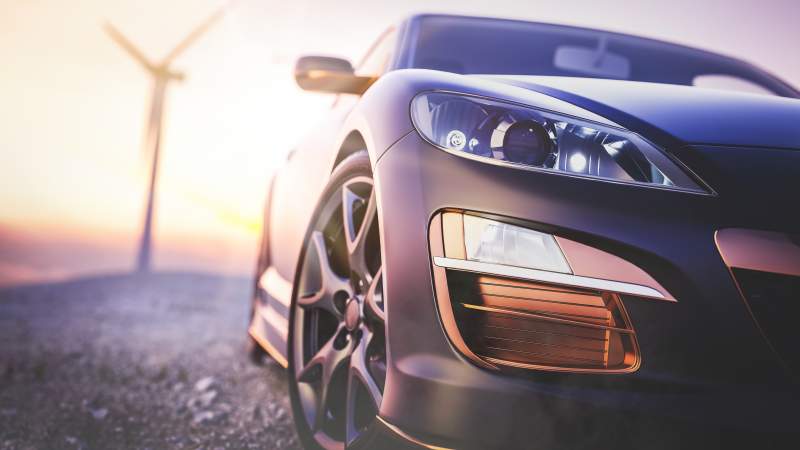