The BMW i8 is (was?) a curious model. Starting at $150,000 for the coupe version, and an even more staggering $170,000 for the roadster, the i8 is BMW’s attempt at a “green” performance car. It was met with dramatically varied reviews after first releasing back in 2014. Some drivers loved its sporting look and classic BMW luxury features. Others felt the performance was severely lacking, and wondered why the i8 had such a ridiculous price tag.

Almost six years later, the i8 is seemingly being killed off. Autocar reports that BMW will end production of the hybrid sports car in April 2020. An exact date wasn’t provided, but a BMW spokesman said that “UK customers interested in a built-to-order car will need to have placed their order with their local retailer by the end of February.”  In other words, you’re running out of time if you ever wanted to buy a new i8.

Autocar also reports that some dealers have begun to slash prices of existing i8 stock. So it might be a great time to consider owning the sleek Beemer. It features a 1.5-litre turbocharged three-cylinder gasoline engine mated to a low-output electric motor. It cranks out about 360 horsepower and reaches a top speed of 155 mph.

The i8 was always hindered by its cost. For a minimum of $150,000, most gearheads expect a car with more power. Unfortunately, the i8 was made with a carbon fiber monocoque chassis. It helped make the car extremely lightweight, but also drove the price up a ton.

With the i8 off the docket, BMW will continue to focus on their line of electric vehicles that includes the iX3 compact SUV, i3 and i4 sedans, and the upcoming iNext flagship SUV. As for what might replace the i8, car experts are looking at the Vision M Next concept car. BMW debuted this model back in June 2019, promising 600 horsepower from its new concept hybrid sports car. However, its arrival could still be a few years away.

In the meantime, those looking for an all-electric sporty performance vehicle might have to look towards the Porsche Taycan or the Tesla Roadster. Or see if you can snag a discounted i8 before they disappear forever. 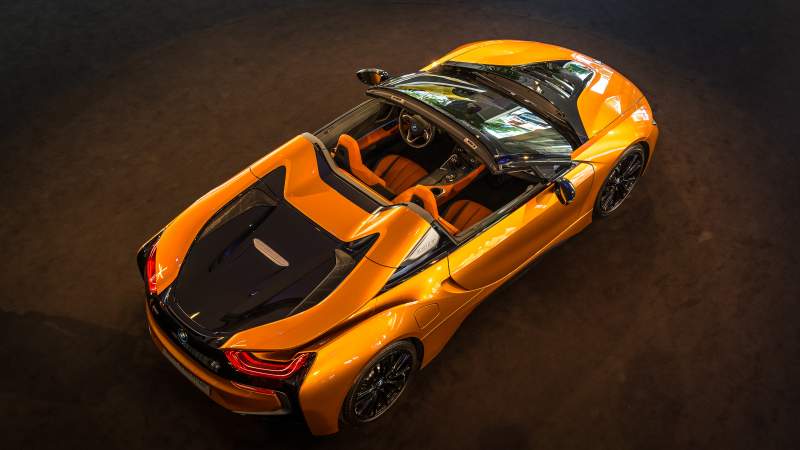