The final figures have been tallied and the numbers are in on the bestselling vehicles of 2019. As you probably expected, the top sellers are dominated by trucks and SUVs. Sedans, hatchbacks, and minivans have all taken a backseat to larger and more utilitarian vehicles. The top sellers tend to offer more passenger and cargo room, as well as towing capability and all-wheel drive. The few sedans that did sell well in 2019 tended to be ones that have a longstanding reputation for reliability. They also excel when it comes to getting good gas mileage. We’ll have to wait and see see if current sales trends hold throughout 2020. In the meantime, though, here are the ten bestselling vehicles worldwide over the past year.

We start with a tried and true sedan, the venerable Honda Accord. This perennial bestseller remains on the top ten list after moving 267,567 units globally in 2019. The sales, while down eight percent from 2018, prove that the Accord continues to be an attractive nameplate to consumers. Many drivers still just want a smaller car that is durable and efficient with gas.

A successful redesign of the Accord in 2018 has helped to keep this car fresh. It also provided an initial sales boost. While sales did taper off last year, the bean counters at Honda can’t be too disappointed with the Accord’s overall performance. Especially since it’s a vehicle that has been on the market continuously since 1976.

Another ongoing bestseller is the Toyota Corolla. This flagship compact sedan from Toyota has been around since 1966 and on the global bestseller list every year since 1974. In 1997, the Corolla became the best-selling nameplate in the world, surpassing the Volkswagen Beetle. The trend of success continued in 2019 as the Corolla sold 304,850 units worldwide.

Like the aforementioned Accord, much of the Corolla’s recent sales were also driven by a redesign that aimed to shed the car’s somewhat boring image. It provided a more daring styling and improved dynamics. Both the redesigned hatchback and sedan versions of the Corolla enjoyed slight sales increases in 2019, with overall numbers up 0.4% from 2018.

Another Honda makes the list. The compact Civic impressed in 2019, with 325,650 units sold. That’s an impressive feat for the small but mighty Civic. Honda’s mid-size Accord used to outsell the Civic every year. Not anymore, though. As consumers focus more on fuel efficiency, the smaller Civic has outpaced the Accord on the sales charts.

In addition to fuel efficiency, the Civic also offers several different body styles and high-performance models that the public seems to appreciate. Honda doesn’t break out sales numbers for the different sedan, coupe, hatchback, Si, and Type R versions. However, total sales of all Civic models combined were nearly identical in 2019 compared to 2018. The Civic is the rare car that seems to be growing in popularity.

Here’s another Toyota too. The perennially best-selling mid-size sedan moved 336,978 units in 2019. If that weren’t impressive enough, the Camry retained its title as the best-selling passenger car in the United States. No easy feat considering the multitude of options available in the world’s biggest vehicle market.

However, all the success belies the fact that the Camry’s sales were actually down last year. Total global sales of the Camry fell two percent in 2019 compared to 2018. While not a huge drop, you can bet that Toyota executives will be keeping a close eye on the Camry going forward. They will want to ensure that the sales slump in 2019 was an aberration and not the start of a trend.

Now we get into the SUVs, beginning with the Chevrolet Equinox. This compact crossover sold 346,048 units in 2019. It was a very strong year for the Equinox, with worldwide sales up four percent compared to 2018. The public seems to be responding to the Equinox. It’s now one of the bestselling crossover vehicles on the market.

However, the Equinox’s sales still lag those of its chief rivals, the Honda CR-V and Toyota RAV4. Going forward, Chevy will want to continue to play up the Equinox’s fuel efficiency and strong price point in order to keep pace with the competition.

The Nissan Rogue is another popular crossover SUV that continues to sell well globally. In 2019, the Rogue and Rogue Sport combined sold 350,447 units. Impressive! Shockingly though, sales of the Rogue were actually down a whopping 15% in 2019 compared to 2018. The fact that the Rogue remains so high on the list despite this massive drop off speaks to how well this crossover sold in 2018.

The Rogue nameplate, which includes the subcompact Rogue Sport, moved mountains in terms of 2018 sales after a number of enhancements, including the optional ProPILOT Assist, were added. A special Star Wars “Rogue One” model also helped to give sales a boost. Maybe Nissan should consider another popular movie tie-in for 2020?

Honda’s bestselling vehicle of 2019 was not one of its well-known sedans. Rather, it was the compact CR-V SUV, which sold 384,168 units. Sales of the CR-V rose one percent last year and the SUV is now officially Honda’s flagship vehicle around the world. Despite this success, the CR-V still hasn’t won the crossover sales contest.

As has been the case for more than five years now, the CR-V remains runner-up to the Toyota RAV4 when it comes to sales. While second place is no doubt vexing for the engineers and accountants at Honda, they can take comfort from the fact that the CR-V remains a bestseller 25 years after making its debut back in 1995. It has helped to both launch and define the compact crossover market.

Here we have the winner of the global crossover SUVs, the Toyota RAV4. The very first compact crossover (introduced in 1992) remains the bestseller worldwide. Last year, the RAV4 sold 448,071 units globally. Not too shabby. In 2018, the RAV4 claimed the title of the best-selling non-truck. It was a title it handily retained last year.

Sales in 2019 were given a boost by a redesigned fifth-generation model. Consumers were so impressed by the redesign that sales jumped up five percent from the 2018 tally. In 2019, sales of the RAV4 pulled ahead of the second-place CR-V by a wide margin. We’ll see if the RAV4 can repeat the impressive sales in 2020. For now, the leadership at Toyota have to feel pretty good about their bestselling SUV.

Now to the trucks. The Chevrolet Silverado dominated sales in 2019 with 575,600 units sold. That’s an impressive feat for the Silverado, which has been around in one form or another since 1998. The Silverado even continued to exhibit strong sales last year despite the fact that things weren’t as good for Chevy’s light- and heavy-duty pick-ups.

Overall sales of the light-duty model fell on percent in 2019 from 2018, while sales of heavy-duty truck models were down eight percent. Chevy hasn’t said what caused the sales slump last year. However, it’s clear that consumers continue to respond to the workhorse Silverado even as they turn away from other Chevy truck options.

The king of the road when it comes to sales remains the Ford F-Series of pick-up trucks. In 2019, the F-Series sold 896,526 units – more than double the sales of most of the other vehicles on this list. This is nothing new for Ford, though. Their trucks have held the top sales spot for close to a decade now.

Overall sales of F-series trucks fell slightly in 2019 from 2018, which Ford attributes to rising competition from Ram, Chevrolet, and GMC. Each competitor has redesigned their light-duty and heavy-duty offerings. Ford’s truck line-up hasn’t changed significantly in a while, though the company has been teasing a redesign for the past few years. Regardless, the F-series remains the bestselling line of vehicles by a wide margin. 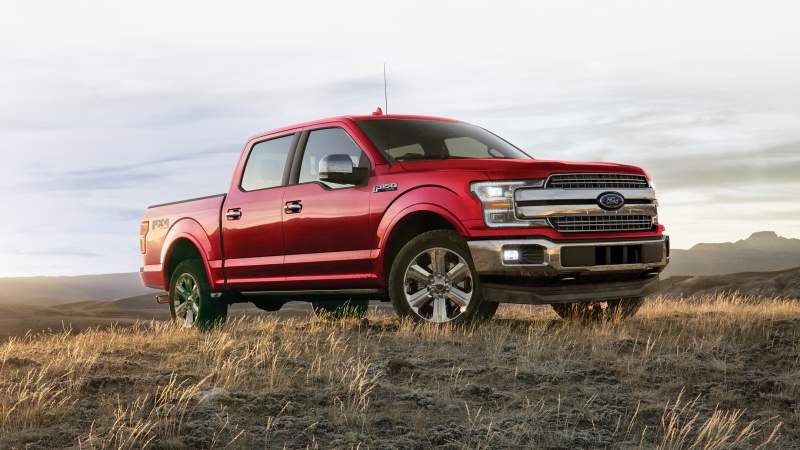 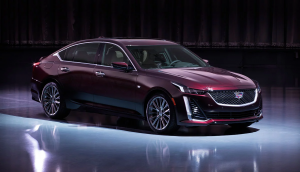 Inside The 2020 Cadillac CT5: A New Luxury Sports Sedan