The founder of embattled electric-vehicle start-up Nikola is stepping down.

Trevor Milton, the face of Nikola since he founded the company in 2014, has resigned as Executive Chairman, effective immediately. He has been replaced by board member Steve Girsky the company said in a written statement.

The shake-up comes as the Phoenix-based maker of electric trucks deals with widespread reports of fraud. There’s an ongoing investigation by the U.S. Securities and Exchange Commission and the U.S. Department of Justice.

Nikola has faced a turbulent period in the aftermath of a short-lived share rally. That spike in value following General Motor’s surprise decision to take a $2 billion stake in Nikola and help manufacture its new pick-up truck.

Nikola’s stock price has been up and down since the company went public on June 4. At one point, it soared so high that the start-up’s market value exceeded that of the Ford. After the third day of trading, Milton — who owns 35% of the company — was worth $9 billion. That made him the world’s 188th richest person (on paper, at least).

However, the stock has since fallen dramatically. Short-seller firm Hindenburg Research questioned the validity of Nikola’s claims about its electric vehicle technology. They accused Nikola of being “an intricate fraud built on dozens of lies.”

Milton said on social media that he plans to vigorously defend himself and Nikola against “false allegations.”

“Nikola is truly in my blood and always will be, and the focus should be on the Company and its world-changing mission, not me,” Milton also said in a prepared statement. “So I made the difficult decision to approach the Board and volunteer to step aside as Executive Chairman. Founding Nikola and growing it into a company that will change transportation for the better and help protect our world’s climate has been an incredible honor.”

The short seller’s allegations are not the first-time questions have been raised about Nikola’s claims. In June, Bloomberg reported that Milton exaggerated the capabilities of the company’s debut truck, called the “Nikola One.” The truck, purportedly a fuel-cell vehicle, was never produced or brought to market. The company has denied making misleading statements.

Nikola has had a co-development agreement with Germany’s Robert Bosch since 2017. It’s purpose is to develop key components such as fuel cells, motors, and battery packs. Nikola plans to build a battery powered electric semi-truck with CNH Industrial’s Iveco at a facility in Germany by the end of 2021.

A fuel-cell Nikola semi truck is planned for 2023. It will apparently be built at Nikola’s factory in Coolidge, Arizona. GM will provide the fuel cells and battery packs, as part of their deal. 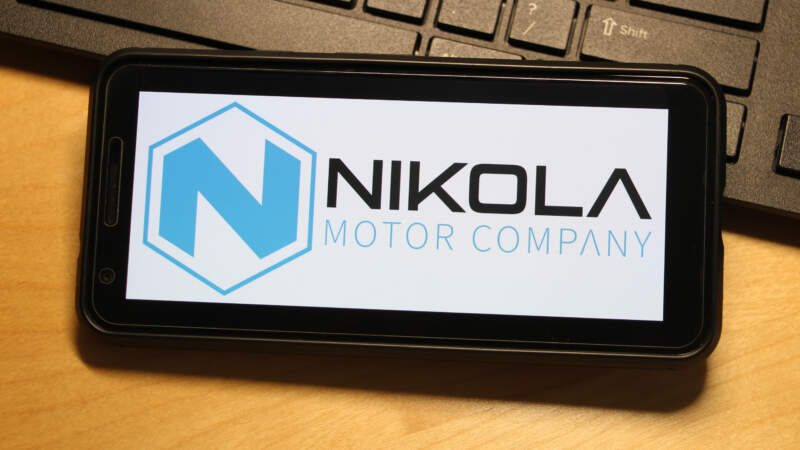