Inside the Top Selling 2017 Toyota Corolla

In its over 51 years of existence the Toyota Corolla has sold 44 million units, making it the most successful car of all-time. The reason behind the model’s success is simple. The Corolla is available for a great value, it’s incredibly reliable, and very good on gas.

That has been the story of Toyota’s most iconic car since it first debuted back in 1966, and not much has changed in 51 years. With the newest Corolla, Toyota has focused on both styling and safety. Here’s what’s new and notable about the 2017 Toyota Corolla.

The 11th-generation Toyota Corolla launched in 2013 as a 2014 model. The most noticeable difference between the two generations is superficial. That’s not to say Toyota’s engineers slacked when it came to updates under the hood. It’s just that the new Corolla looks much livelier and more aggressive than any of its predecessors. The compact sedan still skews more towards the pedestrian end of the styling spectrum. But for the first time in a long time, the Corolla actually has some personality and, dare we say it, style.

The 11th-generation Corolla is longer than its predecessor. Its wheelbase is 3.93 inches longer and the overall length has increased by 3.90 inches. Despite the added length, the Corolla doesn’t look all that bigger, this is thanks to compact overhangs in the front and rear. Toyota describes the Corolla as “chiseled,” and while we wouldn’t go that far, it’s certainly true that the company’s “Iconic Dynamism” design language has significantly muscled-up what has typically been a flat and boxy sedan. The most notable difference between the old and new Corolla is up front. The fascia has been redesigned and all 11th-gen models have standard LED headlamps, a first for the segment.

The second notable difference is the standard continuously variable transmission, or CVT, across all trim levels. At launch, the base Corolla was available with a four-speed automatic transmission, but that archaic unit was dropped in favor of the more modern CVT. The only trim level to offer a six-speed manual is the aptly named SE 6MT. Some drivers don’t like the way a CVT feels which is why Toyota developed artificial gears to mimic the feeling of an automatic transmission. Car and Driver wasn’t a fan of the CVTs in the economical trims, although it did praise the XSE trim’s faux auto transmission and “Sport” mode. Predictably the manual was deemed more fun to drive, but with a 1.8-liter engine putting out 132 horsepower and designed for fuel economy, the difference isn’t all that great.

Two engines are on offer: a 1.8-liter four-cylinder and an LE Eco. Both make 132 horsepower and 122 lb-ft of torque, but one was designed to be more fuel-efficient. The 1.8-liter unit in the LE Eco trim is five percent more fuel-efficient and, strangely enough, offers more power (140 hp) but less torque (120 lb-ft of torque). As expected the LE Eco trim is the best on gas with an EPA estimated 30 mpg city and 40 mpg highway. The SE 6MT, the only Corolla available with a manual transmission, gets the worst mpg of the bunch with a split of 27/35 mpg. All other trims come in at either 28/35 mpg or 28/36 mpg.

Most model generations have a lifespan of five or so years and typically see a significant update about halfway through that period. The Toyota Corolla’s mid-cycle refresh came in 2016, just in time for its 50th birthday. The update was a pretty thorough one. It started with a reshuffling of the trim levels. The 11th-generation model launched with four trims: L, LE, S, and LE Eco. For the 2017 model year (MY) that changed to: L, LE, LE Eco, SE, SE 6MT, XLE, and XSE. Additionally, there’s also the 50th Anniversary Special Edition.

In terms of looks, the 2017 MY Corolla was revised somewhat with a new grille, fog light design, and slightly tweaked rear end. The new honeycomb grille is a bit Lexus-y, which means that it’s either loved or hated. Perhaps the best exterior styling move involved the fog lights, which are now made up of LEDs. While the exterior tweaks were small, the changes under the hood are nonexistent. The refreshed 2017 Toyota Corolla still carries all the same engine options.

Toyota wisely decided to save the biggest updates for the interior. Many reviewers knocked the Corolla for having a cheap looking and feeling cabin. Toyota didn’t exactly erase that image, but the interior of the 2017 Corolla certainly looks nicer. The instrument panel has been redesigned. Instead of three gauges there are now two with a digital display sitting in between. The center stack was also redesigned with less buttons. All 2017 Corollas come standard with a touchscreen. Budget trims get a 6.1-inch screen while pricier ones get a 7.0-inch unit. Overall, the design is a step forward but not a leap. This is an economy car and its interior reflects that.

The most notable change for the 2017 Toyota Corolla was in the safety department. All models now come standard with a backup camera and Toyota Safety Sense P. The safety suite includes a pre-collision system which can detect both other vehicles and pedestrians, lane departure with steering assist that nudges you back inside the lines, automatic high beams, and dynamic radar cruise control. This impressive collection of safety features comes standard on all Corolla trims. The Corolla has a five-star overall crash test rating. 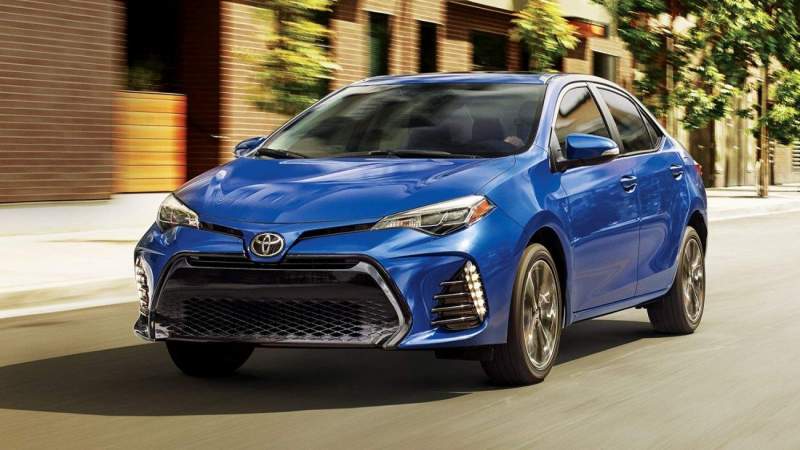 Toyota doesn’t really do special edition Corollas, which is what makes the aptly named 50th Anniversary Special Edition such a big deal. A few things separate this trim from the others on offer. It only comes in three paint colors and one of those, Black Cherry, is an exclusive. The 17-inch machine-finished aluminum wheels — complete with dark grey inserts — are also exclusive. There are exterior badges that denote the Corolla’s specialness as well. The interior is black with black cherry accents and stitching. The infotainment touchscreen measures seven inches and features navigation.

If you really want a decked-out Corolla, the 50th Anniversary Special Edition isn’t a bad choice, especially considering that it’s slightly cheaper than the range-topping XSE. Toyota says only 8,000 will be made, though, so finding one on a dealer lot may be tough.

Pricing and Comparison to the Competition

The 2017 Toyota Corolla starts at $18,500. The most expensive trim, the XSE, has an MSRP of $22,680. If you want to shift your own gears, you’ll need to shell out $21,665 for the SE 6MT trim. Overall, the Corolla is a good value for the money, but it’s not so cheap that it blows the competition out of the water. Its closest competitor, the Honda Civic, starts at $18,740. The Ford Focus is also cheaper, as is the Nissan Sentra and Chevy Cruze. The Mazda3 four-door is also cheaper. When it comes to the Corolla you’re not going to get a bargain. You’ll also take a hit when it comes to driving fun, especially when compared to the new Civic and Mazda3.

However, the Corolla has proven itself to be a capable family hauler that will run forever, so long as basic maintenance is done. It gets great gas mileage and has outstanding standard safety features for its class. If your primary concern when it comes to buying a new car is gas mileage, safety, and reliability, the 2017 Toyota Corolla is a great choice. 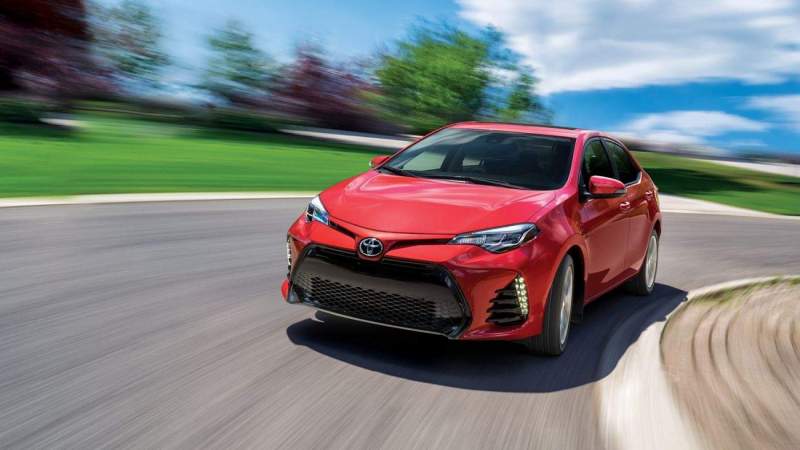