Everything You Need To Know About The Tesla Model Y

Tesla CEO Elon Musk is fond of making grand statements that generate headlines. So when he unveiled the all-electric Model Y compact crossover vehicle during a live streamed event in March 2019, and proclaimed that it could drive up to 300 miles on a single battery charge and go from zero-to-60-miles per hour in only 3.5 seconds, more than a few eyebrows were raised.

That the Model Y can also be outfitted with a third row of seats and comfortably seat seven people (as an extra option), made the latest Tesla vehicle seem even more fantastic. However, the car is still at least a year away (Tesla estimates deliveries will start in late 2020). Can it deliver on Musk’s lofty promises?

One of the more persistent criticisms of the Model Y is that it looks almost identical to Tesla’s Model 3 on the outside. In fact, many writers have said that the Model 3 sedan and the Model Y crossover are virtually indistinguishable from each other when looking at their exteriors. Some critics say that owners of the Model Y will be hard pressed to tell that the vehicle is a crossover at all.

While comparisons to the Model 3 are likely to continue, many who are excited about the Model Y have praised the vehicle’s all glass roof, saying that the Model Y’s use of glass provides a wide-open feeling from inside the cabin that is noticeably different than in the more restrictive Model 3 sedan.

The Model Y comes in four different “specs” rather than trimlines. The different specs have more to do with differences in the vehicle’s performance than they do with optional features and assorted bells and whistles.

Standard: The Standard spec is the entry level Model Y. It’s driving range on a single battery charge is 230 miles – far from the 300 miles promised by Tesla. And it takes nearly six seconds to reach 60 miles per hour. The car’s top speed is 120 miles per hour, it is rear-wheel drive, and it seats seven people. It also comes with 18-inch tires and 66 cubic feet of cargo storage.

Long Range RWD: With the long-range rear-wheel drive spec, owners get the much ballyhooed 300-mile driving range on a single battery charge. The top speed of the car is a bit higher too, at 130 miles per hour. Everything else remains largely the same. The wheels are 18 or 19 inches in size and the storage and seating for seven remains unchanged. This spec if mostly about the increased range.

Long Range AWD: In the long-range all-wheel drive spec, the differences are a top speed of 135 miles per hour and faster acceleration. The driving range tops out just under the 300 mile mark, at 280 miles. The all-wheel model also advertises a dual-motor system, one for each set of wheels. According to Tesla, if one motor stops working for any reason, you’ll won’t be stuck on the side of the road because the Model Y can continue driving with just one motor powering either the front or rear wheels.

The Model Y crossover is built on the same architecture as the Model 3. The Model Y also uses the same motors as the Model 3, that is permanent-magnet in back and induction in front, as well as the same Panasonic 2170-format cells produced at Tesla’s Nevada Gigafactory.

As previously mentioned, acceleration times range from 3.5 seconds to 60 mph, with a top speed of up to 150 miles per hour. The lowest level Standard spec takes 5.9 seconds to reach 60 miles per hour. In terms of battery range, the Model Y is also like the Model 3 in that it uses two battery packs of roughly 50 kilowatt hours and 75 kilowatt hours. Among the four different available specs, the battery range varies from a low of 230 miles to a high of 300 miles.

When it comes to the interior, Tesla is aggressively marketing the fact that the Model Y can seat seven people and has third-row seating (if you select the $3,000 option for it, that is). Beyond that, the Model Y boasts an elevated seating position that gives drivers a wide view of the road ahead, and an all-glass roof that creates extra headroom and provides what the company calls “a seamless view of the sky.” The all-glass roof has been praised as helping to distinguish the Model Y from other Tesla vehicles, notably the Model 3, and giving the allusion of openness.

Tesla’s vehicle design is known for being simple and somewhat sparse. Like all Tesla cars, the Model Y comes with a limited number of features. It offers a 15-inch touchscreen console located in the center of the front seats, Wi-Fi that provides over-the-air software updates and introduces new features, and what Tesla calls an “immersive sound system.”

Standard safety features include emergency braking, collision warning, blind-spot monitoring and rear, side and forward-facing cameras. All versions of the Model Y also have the options for Autopilot (a fancy form of cruise control that will control acceleration, braking, and keep you in your lane) and Full Self-Driving Capability (an even beefier version of Autopilot, that included Autopark, Summon, and automatic driving in the city). Such futuristic features are what helps distinguish Tesla vehicles from others in the automobile industry.

Fully electric, the Model Y is being lauded for extending the driving range of Tesla vehicles – reaching 300 miles on a single battery charge in the Long Range model. That is a breakthrough, as the future of electric vehicles largely depends on enhancements to the batteries that power them. The further people can go without having to recharge an electric vehicle, the more likely they are to consider buying one.

While the Model Y is unlikely to cause a stampede of people to rush out and buy an electric vehicle, this crossover should largely deliver on the claims of Tesla and its brash CEO Elon Musk. With the Model Y, Tesla has produced an all-electric car that can drive a decent 300 miles before needing to be recharged.

The third-row seating and ability to carry seven passengers is also a nice upgrade from other Tesla models, if you’re willing to pay for it. As are all the other futuristic gizmos that come in the Model Y. After all, who wouldn’t want a car that comes to you in a parking lot when you summon it with your smartphone? 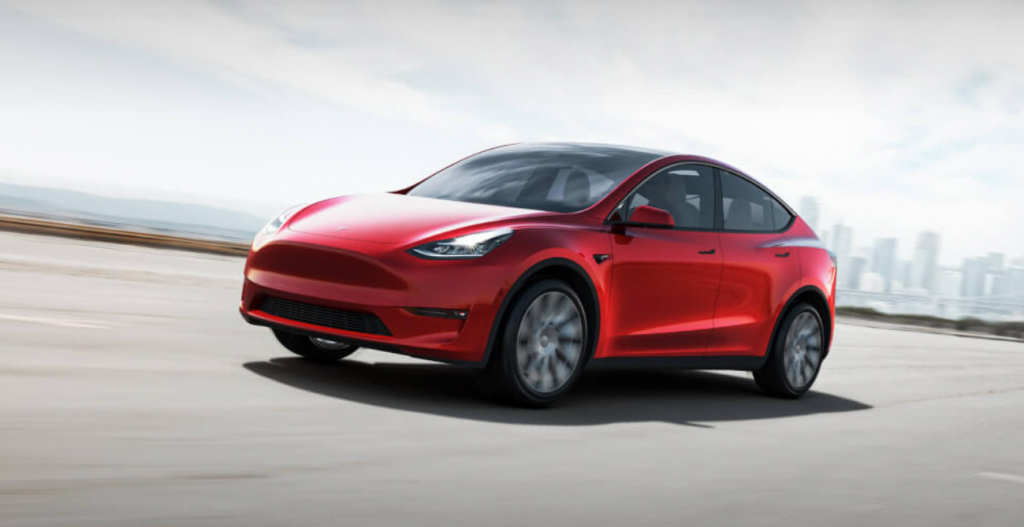