Inside The 2024 Aston Martin Vanquish: Worth Waiting For

If you have $300,000 to spend (or expect to by 2024), then you may want to pre-order the stunning Vanquish. It’s Aston Martin’s newest high-performance sports car, and it’s a sight to behold. Although it won’t actually be available until 2024, Aston Martin has released a lot of information in an effort to drive pre-orders sales. So, here are the important details.

The design looks to be similar to the Valhalla and Valkyrie hypercars. However, only concept images exist so far. The Vanquish will feature a mid-engine that is located behind the driver, capable of producing 700 horsepower. The new Vanquish will also feature a hybrid V6 powertrain that Aston Martin is creating in-house. There are plenty of other fascinating tidbits about the Vanquish already available. Let’s take a closer look at the car Aston Martin is positioning to compete against the Ferrari F8 Tributo and McLaren 720S.

The 2024 Vanquish is a being marketed as a hypercar, and it certainly looks like one. The concept images show a super sports car that is low to the ground. It has a concave front end, raised headlights, and a rounded aerodynamic rear. Oversized tires and a sloping roof line add to the overall appearance of a speed demon in the making. The new Vanquish looks much more like a hypercar than previous models did. It should be more than capable of competing against Ferrari and McLaren, in terms of style.

Aston Martin has confirmed in that it will no longer be bolting an AMG-sourced engine into the Vanquish. Instead, the British automaker is developing its own powerplant. They are also moving it from the under the hood to behind the drive, in the middle of the car. As mentioned, the Vanquish engine will be an all-new hybrid 3.0 liter V6. It’s capable of cranking out up to 700 horsepower.

While this is the same engine that powers the Valhalla and Valkyrie, it will be a little less powerful in the Vanquish. This model is more of a grand tourer rather than a track-focused race car. Aston Martin has confirmed that the Vanquish will also feature a bonded-aluminum spaceframe instead of the carbon-fiber tub that is used on the company’s other hypercars.

Pricing has yet to be confirmed by Aston Martin, but the consensus view is that the Vanquish will cost a pretty penny. Some estimates are as low as $298,000, others as high as $325,000. Regardless, the Vanquish is still much cheaper than the seven-figure price tags attached to Aston Martin’s other hypercars. Again though, they are more focused on track racing than driving on the streets.

While still a financial reach for most automotive enthusiasts, the Vanquish is nevertheless more affordable than most other hypercars. It’s clearly aimed at the merely affluent crowd, rather than ultra-rich patrons. Online rumors claim that a convertible version of the Vanquish is also being planned. It would compete against the retractable-roof models offered by rivals like the McLaren 720S. The rumor is unconfirmed at this point, though.

Aston Martin promises the 2024 Vanquish will be roomier than previous models. The mid-engine placement should give designers plenty of space to play with. Aston Martin is also promising a multitude of custom options inside the cabin, including plenty of upscale materials throughout. In press materials, they have said that the new Vanquish will also eliminate the tiny back seat that was present on its predecessors. That barely-useful back seat attracted plenty of criticism from both owners and reviewers. The new Vanquish will be a straight two-seater.

The infotainment system in the 2024 Vanquish is expected to be similar to the one found in the Vantage. It has an eight-inch touchscreen that’s primarily controlled with a rotary knob on the center console. However, the interface is expected to be more advanced by the time the Vanquish reaches showrooms. As for safety features, it is unlikely that the 2024 Vanquish will ever be crash tested by the National Highway Traffic Safety Administration (NHTSA) or the Insurance Institute for Highway Safety (IIHS). However, the Vanquish will most certainly come with a host of safety features, including a 360-degree camera system and blind-spot monitoring.

You’d think that, given the cost, Aston Martin’s vehicles would come with great warranty coverage designed to protect the investment made by owners. Sadly, that isn’t the case. They provide a mediocre limited and powertrain warranty, and offer no complimentary maintenance. The company does offer extended coverage plans for those who are willing to pay extra. The limited warranty from Aston Martin covers three years or unlimited miles, while the powertrain warranty covers three years or unlimited miles. Ho-hum.

No fuel economy information has been provided on the Aston Martin Vanquish by the Environmental Protection Agency. But don’t expect this hypercar to be great on gas. Even with  hybrid engine, anything that offers 700 hp is going to guzzle up gas. A Nissan Leaf, it ain’t.

The upcoming 2024 Aston Martin Vanquish is sure to appeal to well-heeled car enthusiasts who have a fondness for sports cars. As a hypercar, the Vanquish ticks most of the required boxes. It’s stylish, powerful, fast, and loaded with cutting-edge technology. The fact that it costs north of $300,000 and comes with poor warranty coverage shouldn’t dissuade investors from lining up to add the sleek and speedy Vanquish to their car collections. 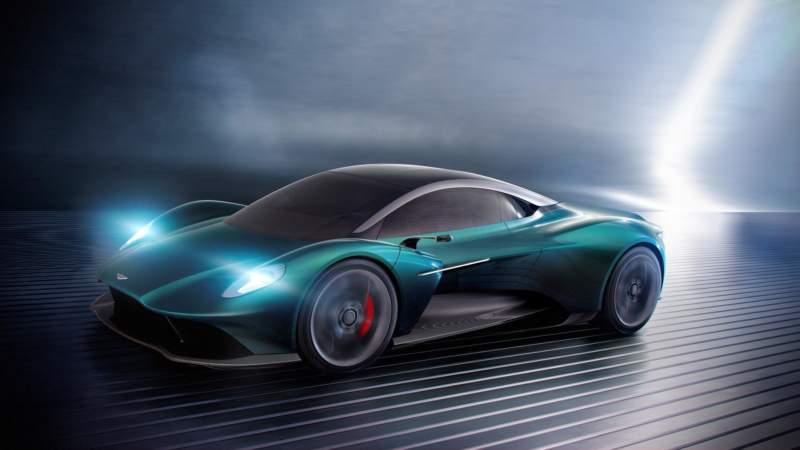