The crossovers have taken over the mid-size SUV market in recent years. It’s undeniable when you look at the sales figures. However, there is still a place for old school, body-on-frame SUVs — especially among people with active lifestyles. One such truck-based SUV is the 2021 Lexus GX 460. It’s almost mechanically identical to the Toyota Land Cruiser. That means it brings solid off-road capabilities.

However, the GX is still a Lexus. So it also delivers pleasing driving dynamics on paved roads and inspiring levels of comfort and refinement in the cabin. What’s more, the GX is a seven-seater. It’s great for large families, something those crossovers still struggle with at times.

The current-generation GX 460 has been around for quite a while — 12 years to be exact. Therefore, many of its features are starting to feel a bit dated. It doesn’t have all of the most modern tech features, either. However, the GX 460 is one of the last body-on-frame SUVs on sale today. It’s certainly the most luxurious of the bunch. That alone makes it worth considering.

For 2021, all models of the GX 460 get acoustic glass for their front side windows. The SUV also now offers an available Premium Plus package. For those who love their virtual voice assistants, you’ll find Amazon Alexa compatibility via the Lexus Enform Remote service. You can use Alexa to play music or podcasts, find directions, or call/message your contacts without taking your eyes off the road.

Perhaps the best way to describe the 2021 GX 460 is stately and authoritative. Boxy might a close second, though. The GX is large and muscular with a powerful stance. It’s a bit like a heavyweight boxer posing in a tailored suit at a press conference. It makes a statement at night, with sharply styled premium triple-beam LED headlights. The available 19-inch alloy wheels are also sure to attract attention. Arguably its most noticeable feature is its large, boldly styled spindle grille complete with chrome surrounds. It gives the SUV its powerful yet regal character.

What’s Under the Hood: A Burly V8

Every model of the 2021  GX 460 is driven by a naturally aspirated 4.6-liter V8 gasoline engine. It generates 301 horsepower and 329 lb-ft of torque. This engine is paired to a single transmission, a six-speed automatic. All models also have a standard full-time four-wheel-drive system that integrates a limited-slip center differential with an electronic differential lock. In summary, the GX has more than enough power for whatever you might need it for.

The GX 460’s AWD system is rear-biased. That means it delivers 60-percent of its power to the rear wheels by default. As a result, the 301-hp V8 engine can propel the GX from 0-to-60 mph in just 7.8 seconds. That’s sufficiently quick for an SUV that weighs in at just over 5,000 pounds. As you might have guessed, this Lexus isn’t built for speed but rather comfort.

It offers a pleasant ride and responsive handling thanks to its Kinetic Dynamic Suspension System (KDSS), which continuously adjusts the SUV’s stabilizer bars to reduce body roll while enhancing ride comfort. There is also an available Adaptive Variable Suspension system with electronically controlled dampers that adjusts the dampers to different road surfaces.

However, the 2021 GX 460 is arguably at its best when driven off-road. Its four-link coil spring rear suspension with gas-pressurized shock absorbers is designed to soak up all the bumps and shakes that come with rough terrain. The KDSS can also be configured to allow greater suspension travel when the road gets really rough. This SUV has a high ground clearance of 8.1 inches, a 4WD system that offers both high and low-range modes, and a locking center differential. If that wasn’t enough, there’s also an available Off-Road Package. It adds a terrain-view monitor, crawl control system, and drive mode selector with five settings (rock, rock & dirt, mogul, loose rock, and mud & sand).

If you’re not that interested in off-roading, but still need a family hauler that will tow your toys, the GX will do the job with ease. It can tow up to 6,500 pounds.

As you might have expected, a V8-powered SUV weighing in at over 5,000 pounds is quite thirsty. The EPA rates the Lexus GX at 15 MPG in the city, 19 MPG on the highway, and 16 MPG combined. There’s no way around it, the latest GX is a pig at the pump. But you didn’t really think a full-sized luxury SUV with a beefy engine was going to go easy on the gas, right?

What’s Inside: The Sound of Silence

Even though it’s a bit dated, the cabin of the GX 460 is handsomely crafted and features premium materials. The base and Premium models feature NuLuxe simulated leather interior trim, while the range-topping Luxury trim gets soft-touch semi-aniline leather trim. This SUV can also be had with available gray Sapele wood trim on the doors, dash, steering wheel, and center console, as well as metallic accents.

Despite its boxy shape, the GX doesn’t offer as much cargo storage as you’d think. There are 11.6 cubic feet of storage behind the rear seats. That rises to 46.7 with the third row folded down and a max of 64.7 cubic feet with the back two rows down. CarAndDriver notes that’s a bit less space than rivals like the Audi Q7 offer.

The GX’s cabin also insulates its occupants from outside noise thanks to the acoustic glass in its windshield and front windows. Its dash, doors, pillars, roof, and floor have also been extensively infused with sound-deadening materials. Reviews across the auto media praise the GX for being a quiet ride, even on busy highways.

In terms of standard luxury features, the 2021 GX offers a keyless entry and ignition system, ten-way power-adjustable front seats, and a dual-zone climate control system. Opting for the Luxury model will get you heated and ventilated front seats, heated rear seats, a heated and wood-trimmed steering wheel, second-row captain’s chairs, and a power-folding third-row bench seat.

All models come equipped with an eight-inch infotainment touchscreen and a nine-speaker sound system. Available on the Premium model and Luxury models is a 17-speaker 330-watt Mark Levinson sound system. Available tech features include GPS navigation and a Lexus smartphone app that enables you to start the engine, unlock/lock the doors, and check service scheduling remotely. While that smartphone app sounds nice, it’s definitely not a replacement for Android Auto or Apple CarPlay. Those features are sadly unavailable on the GX. This is a glaring omission, and makes it easy to see just how dated this Lexus is getting.

Pricing and Trim Levels: Aim for the Middle

The base model GX 460 starts at $53,250, while the Premium checks in just a bit higher at $56,340. The range-topping Luxury model kicks off at $64,515. Of the three, the Premium trim is probably where we’d spend our money. The middle-tier model offers nearly as many features as the Luxury trim, while costing thousands less.

That said, the GX 460 Luxury does come standard with the adaptive variable suspension and an auto-leveling rear suspension. That makes it the prime pick for anyone who is prioritizing on-road comfort above all. If you care more about just hauling the family around (and doing some occasional off-roading), the base model is still more than enough.

The 2021 Lexus GX 460 is definitely one of the older offerings in its segment. Until (or unless) it gets a generational refresh, it’s not quite as refined as some of its competitors. However, there is no denying that very few of those competitors can hang with the GX when the terrain gets rough. If you are in the market for an off-road-ready SUV that offers just enough luxury to impress the Joneses, then the 2021 Lexus GX is worth a test drive. 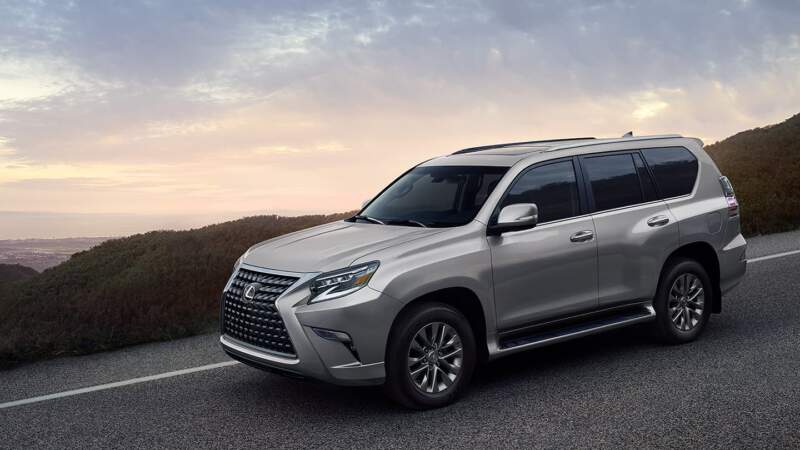