Inside The 2019 Nissan Leaf: A Perfect EV in The Right Situations

The 2019 Nissan Leaf is more than just a car. The Leaf is an icon of environmentally friendly mobility. Perhaps not as much as the Toyota Prius has been (and still is), but an icon nonetheless. Unfortunately, despite being the first widely available, and now the world’s biggest-selling, all-electric car, the Nissan Leaf has suffered from the same issues as all its affordable electric-only competitors.

Those issues include a limited driving range on a single charge, long recharging times, and the fact they’re not really all that affordable even with the (sometimes) available state and federal subsidies. Well, Nissan has done its best to improve the Leaf this year and make it a viable option for more drivers than ever before. Let’s take a closer look at the latest Leaf to see if it could be time for you to go electric-only on your daily commute.

This new second-generation Leaf has been with us now for just over a year. Until it appeared in this form, we’d probably have skipped over the exterior styling section if we wanted to present the car in any sort of positive light. The previous generation of the Leaf had exterior styling that positively shouted that it was something different. Although some buyers will inevitably want to signal their green credentials to the world, such unusual styling would have been just as likely to put even more people off the Leaf.

Although last year’s refresh kept the previous generation’s existing form factor and most of its key dimensions, the overall look was much more normal. If you don’t know what it is, this new Leaf could be any subcompact hatchback. It may even be a little too conservative for some tastes now, but the general feeling is that this model will have a considerably wider appeal than its predecessor.

By far the most important part of the 2019 Nissan Leaf is its propulsion system, just like with any electric-only vehicle available these days. The introduction of the second-generation ushered in two different performance versions of the Leaf, and both of them deliver on the lively, responsive performance and massive low-speed torque that are such notable characteristics of electric cars.

Some electric cars come in one well-equipped trim level, but both versions of the Nissan come in three variants. With both the Leaf and the Leaf Plus, the entry model is the S, the mid-range model is the SV, and the top trim level is the SL.

Both versions of the Leaf can get you from 0 to 60 mph in around 6.5 seconds, which is more than adequate for the vast majority of buyers. While hybrids often try to make driving feel exactly the same as with gas-powered models, driving the Leaf is different. The Nissan has multiple driving modes that can all be accessed in their own ways through an interface that can be a little confusing. The Eco mode, for example, which is engaged by pressing the Eco button at the front of the center console delivers a more linear feel to the accelerator response.

Next, we have the e-Pedal, which is also engaged by a button and is a mode that maximizes brake regeneration for a consistent level of strong deceleration when your foot comes off the accelerator pedal. This mode helps the Leaf glide slowly to a stop without the need to press a brake pedal, which means you don’t have to shuffle your foot over to the brake pedal in slow-moving gridlock. It’s not like driving a regular car, but like anything new, you’ll soon find it second nature if you drive the Leaf every day.

Finally, we have the “B” mode, which this time is engaged through the shifter and is how you access even more regenerative braking compared to the normal Drive operation. It still maintains the Nissan’s “creep” behavior, where the Leaf slowly begins to move forward once you lift off the brake.

The standard 6.6 kWh charger all Leaf model get can charge the Leaf at 240 volts (Level 2) in 7.5 hours, and the Leaf Plus in 11.5 hours. The Leaf Plus has 100-kW CHAdeMO DC fast charging capability, and that means the 62-kWh battery can be charged to 80 percent in 45 minutes. Leaf models with the 40-kWh battery have 50-kW DC fast charging, which means charging the battery to 80 percent can be done in around 40 minutes.

Base S models come standard with cruise control, keyless ignition, and automatic climate control. However it still costs from $29,990 (before incentives) and has steel wheels. For a little more, the SV adds intelligent cruise control, fog lamps, and an upgraded set of 17-inch machined-finish alloy wheels and Michelin Energy Saver tires. The SV is also the gateway to the All-Weather upgrade package you might want to consider.

SL models are where you probably want to be when spending more than $30,000 on a new car. The SL comes standard with a Bose premium audio, heated outside mirrors with integrated turn signals, LED headlamps and running lamps, a power-adjustable driver’s seat, leather upholstery, heated seats in the front, and rear ducts for the climate control.

Nissan hasn’t made electric cars a practical option for every driver with the 2019 Nissan Leaf and Leaf Plus, but it has widened the potential appeal by quite a bit. Most drivers don’t do more driving each day than what the standard Leaf can accommodate, but long journeys are still an issue. National charging infrastructure is a long way from catching up with electric car needs, and there’s only so much manufacturers like Nissan (or Chevy or Tesla, etc…) can do to change that.

However, if you’re looking for a car for the daily commute and you have access to a decent charging at home or at work, you really need to give the Leaf serious consideration. Once you’ve got used to an electric car, you won’t want to go back to a regular gas combustion engine — especially as oil prices continue to soar. The Leaf would actually be a really good little car in its own right, even if it had a regular gas-powered engine under the hood. The future is electric, though, and the Leaf is an EV that will work for many average drivers. 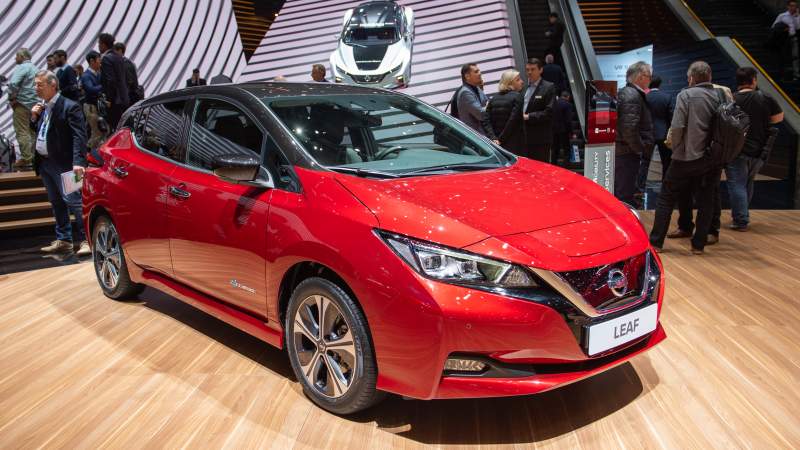