Inside the 2019 Lincoln MKZ

Among this year’s lineup of luxury sedans, the 2019 Lincoln MKZ stands out as one of the strongest contenders. True to form, Lincoln has made the MKZ into a modern and luxurious vehicle that still offers the engaging power that many drivers prefer. With a starting MSRP of just $35,995, the 2019 MKZ is also a good value within its class.

Here’s what you should know about the 2019 Lincoln MKZ if you’re in the market for a great luxury sedan.

The 2019 Lincoln MKZ comes with two different engine options, both of which are fairly impressive and powerful. On the lower side is a 2.0-liter hybrid engine that puts out up to 245 horsepower and 275 pound-feet of torque. For those who prefer more power and performance, though, Lincoln has also made a twin-turbocharged 3.0-liter V6 engine available. This engine can put out 400 horsepower and 400 pound-feet of torque. For even more impressive driving experience, the larger engine is equipped with Lincoln’s Dynamic Torque Vectoring feature, which adjusts the distribution of torque when the vehicle is turning for improved handling and maneuverability.

As you might expect from a noted luxury car manufacturer, Lincoln has equipped the 2019 MKZ with an excellent set of technological features geared toward both entertainment and safety.

Entertainment features you’ll find in this year’s MKZ include Android Auto and Apple CarPlay connectivity, voice commands, and a choice between a standard 14-speaker sound system or an available upgraded 20-speaker system. In addition, Lincoln has integrated its infotainment system with Amazon Alexa compatibility, allowing you to call all of Alexa’s commands from the comfort of your car. Using this Alexa connectivity, you can even take care of your Amazon shopping while commuting to or from work.

Another extremely useful entertainment technology feature of the 2019 MKZ is the inclusion of Lincoln’s proprietary Lincoln Connect app. Using this application, you can turn your MKZ into a mobile Wi-Fi hotspot. Wherever you are, you’ll be able to wirelessly connect up to 10 devices to your car’s hotspot. Impressively, you don’t even need to be inside or immediately next to the vehicle to utilize this feature. As long as you’re within 50 feet of your MKZ, your Wi-Fi connection will remain stable.

Although it is steeped in useful entertainment features, the MKZ doesn’t neglect the safety side of the technology equation. Some of the major safety features you’ll find in the 2019 Lincoln MKZ include:

Together, these features help to make the MKZ both a safe and fun vehicle to drive. These safety and entertainment technologies are especially useful if you routinely take long trips with your family.

With the excellent power and performance made possible by the V6 engine option and the many available entertainment and safety features it offers, the 2019 Lincoln MKZ stands out as an excellent vehicle in the 2019 lineup. While there are certainly luxury sedans with more power and more features, it’s important to keep value in mind when evaluating vehicles. Almost all luxury sedans command much higher prices than the MKZ, with some being downright unaffordable for the average buyer. As such, the MKZ offers a great blend of luxury, power, and value that few other vehicles in its class can match.

For all its advantages, the Lincoln MKZ has not performed as well as you might expect in formal car rankings. In U.S. News and World Report’s 2019 luxury midsize car class ranking, for instance, the MKZ comes in last in a field of 14 vehicles. Once again, though, the value factor has to be taken into account when looking at these ratings. In the U.S. News and World Report ranking, only one vehicle — the Acura TLX — had a lower starting MSRP, while only one of the top 10 finishers had a starting MSRP of under $40,000. As such, this comparison pitted the MKZ against several much more expensive sedans, which naturally had more in the line of available power and features.

The 2019 Lincoln MKZ has many advantages that make it worth considering if you’re in the market for a luxury sedan. With up to 400 horsepower available, this car is a great choice for people who like a fun, engaging drive while still getting to enjoy the sheer comfort that comes with a luxury vehicle. The many entertainment features, particularly the ability to use the car as a Wi-Fi hotspot, also make the new MKZ an excellent vehicle for families, while the array of safety technologies ensures that both drivers and passengers will be as safe as possible on the road. Tying all these advantages together is the fact that the MKZ has one of the lowest starting MSRPs in the luxury sedan class, making it affordable to the average buyer.

The cons of the 2019 MKZ are few and far between, but it should be noted that the market for it is probably a bit narrow. Buyers who are looking for truly low-priced vehicles would likely prefer a more budget-minded model, while the typical luxury car buyer is apt to spend a bit more to get a higher-priced luxury model. If your budget allows you to choose between a higher-priced standard vehicle and a lower-priced luxury model, though, the 2019 Lincoln MKZ is a great middle of the road choice that will give you many of the perks of a luxury car at a very reasonable price. 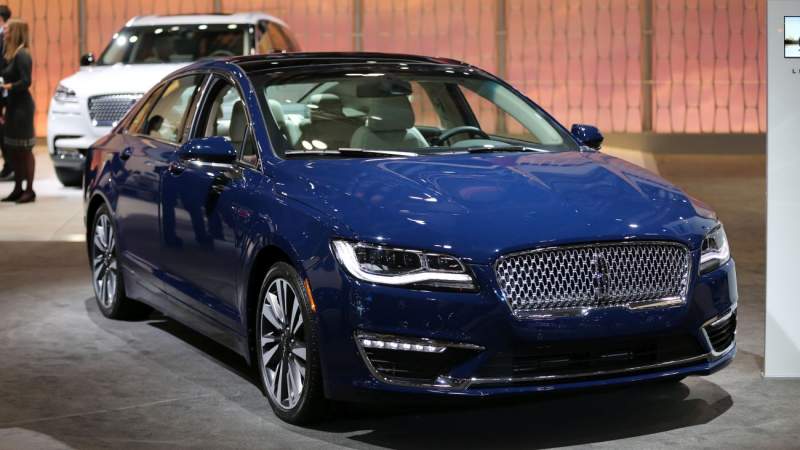