Inside Look at the 2020 GMC Sierra

The first truck assembled under the GMC nameplate rolled out of the factory all the way back in 1912. The long-lived automaker has come a long way since then, but they’re still building some of America’s most popular trucks. In fact, the GMC Sierra has staked out a perennial spot inside the top five best-selling trucks in the country.

With a variety of technological advances, a full redesign of its heavy-duty trims and an MSRP expected to start around $34,955, the 2020 GMC Sierra is a safe bet to carry that streak into the new model year.

As with previous years, the 2020 GMC Sierra will be available in three primary forms. The GMC Sierra 1500 represents the light-duty base model. If heavy-duty trucks are more your speed, you can choose between the three-quarter-ton Sierra 2500 HD and the one-ton Sierra 3500 HD.

The Sierra HD line offers a simpler option list when it comes to powerplants. Most buyers are likely to choose the 6.6-liter Duramax diesel V8 engine. The venerable engine, first introduced in 2017, is turbocharged and tuned to produce 445 horsepower and an impressive 910 pound-feet of torque. It’s also mated to an all-new 10-speed Allison automatic gearbox for improved performance and efficiency. In lieu of the diesel, GMC is also offering a brand new 6.6-liter V8 gasoline engine that’s expected to generate around 400 horsepower and 450 pound-feet of torque. According to GMC, the Duramax-equipped Sierra HD is expected to offer an incredible towing capacity that’s “way in excess of 30,000 pounds.”

If you’re shopping for a capable, powerful truck like the 2020 GMC Sierra, it’s fair to assume you probably aren’t buying it to help you pinch pennies at the pump. After all, you typically don’t squeeze 15 tons of towing capacity out of a truck without making a few compromises. Such is the case with the 2020 GMC Sierra.

A lack of official fuel economy ratings makes it difficult to pin down precise efficiency numbers, but the 2020 Sierra’s performance is likely to fall roughly in line with the previous year’s models. That means, depending on your drivetrain configuration, you can expect between 17 and 21 mpg during mixed driving. For models equipped with the Duramax diesel engine, economy numbers will probably remain comparable to the unofficial rating of 28 mpg from last year.

You might not associate big, burly trucks with advanced technologies, but the 2020 GMC Sierra offers plenty in the way of sophisticated safety and entertainment features. One of the most attractive features is likely to be GMC’s ProGrade Trailering System. First introduced with the 2019 Sierra 1500, the ProGrade package makes hauling bulky or heavy loads a breeze. It employs up to 15 different camera views to ensure you’ve always got the view you need. There’s even new technology that makes your load virtually transparent, allowing you to keep an eye on the road behind you no matter what you’re hauling.

Another unique touch is a head-up display that includes an inclinometer to help you monitor the grade of the surface you’re traversing. According to GMC, the Sierra HD will be the first heavy-duty truck to feature such a system. An available iN-Command smart trailer system also allows you to remotely connect to an attached trailer via a mobile app. In terms of safety, expect available options to include a 360-degree camera, a hitch camera, blind-spot monitoring, forward collision warning, lane-keeping assist, and automatic emergency braking. In terms of entertainment, the Sierra also gets an upgrade to the third-generation GMC infotainment system. Apple CarPlay and Android Auto integration are also available.

How It Stacks Up to the Competition

It doesn’t get much more competitive than the full-size truck segment. With so many manufacturers competing to set themselves apart, it’s truck buyers that ultimately benefit the most. The newest Sierra faces direct competition from several automakers, but it’s the familiar faces that pose the biggest threats. Here’s how the 2020 Sierra stacks up against its biggest rivals.

It’s by far the best-selling truck line in America, but that doesn’t necessarily mean the Ford F-Series is the best truck on the road. Its stable of engines offer better fuel economy than comparable Sierra powerplants, but real-world performance is similar. Ford has added plenty of new tech systems of late, but the Sierra’s full suite of towing assists is still hard to beat. GMC’s redesigned pickup also offers a better ride quality than the notoriously rough Ford.

Another brawny truck with a fresh redesign, the 2020 Dodge Ram is a bit of a conundrum. It’s loaded with even more entertainment tech than the Sierra, but you won’t find the kinds of advanced towing assists GMC bundles into their trucks. Ram also boasts impressive payload capacity figures, but its bulkier bed design means that it falls a bit short of the Sierra in terms of physical volume. Many drivers also find the Sierra’s reworked styling to be more attractive than the Ram’s relatively staid looks, which may or may not be of importance to you.

There’s a lot to like about the 2020 GMC Sierra. A fresh aesthetic redesign has injected new life into a model line that’s always been strong and capable. Lofty promises of performance and innovative new features have only made the package more appealing.

If you’re considering a new Sierra, here are the key things to know.

The full-size pickup truck segment engenders more loyalty than any other. If you’re a Ford guy, there likely isn’t much that would convince you to climb behind the wheel of a Chevy. A Dodge driver is unlikely to go out and take the latest GMC for a test. Still, the 2020 GMC Sierra offers a compelling case for doing just that. With a remarkable towing capacity and a refined, tech-infused cab, you may just be glad you gave the Sierra a try. 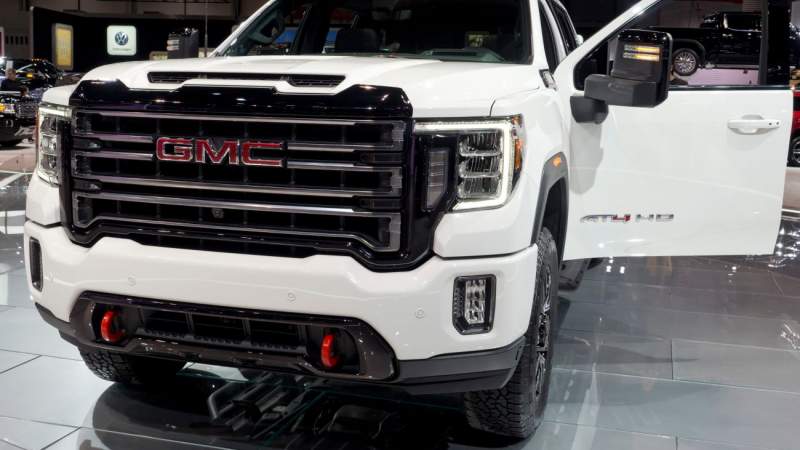