Hertz Considering Bankruptcy; Could Cause Used Car Market To Plummet

The car buying market has already seen a massive shakeup in early 2020. Now, the potential bankruptcy of Hertz Car Rental is throwing yet another wrench into the machine.

Hertz is currently struggling bad enough to be considering their bankruptcy options. They own a fleet of about 567,000 vehicles in the U.S. alone, along with another 200,000 vehicles around the world. With demand for rental cars currently at a complete standstill, the used car market could potentially be flooded with discounted Hertz inventory.

According to Mark Phelan of the Detroit Free Press, used car prices fells almost 35% in April. Used car dealers are actively trying to avoid building up excess inventory. However, as lease contracts end, those vehicles are added to the market. Now Hertz may flood the used car landscape with three-quarters of a million vehicles they need to offload in pay their bills. That’s a bad thing if you’re trying to sell a used car, but potentially a great thing if you’re buying.

The whole car market remains up in the air. As the Big Three begin to restart their operations, it remains to be seen exactly how the supply/demand curve will shape up. Customers are buying fewer new cars, sure. However, there was also a massive drop in car production at the same time. In fact, there was concern that dealers across the country were actually going to run short of pickup truck inventory, since no new models were being built.

The Hertz bankruptcy isn’t a done deal, though. Two major banks hold the company’s debt — Deutsche Bank AG and Barclays Plc. They have a couple weeks to determine what to do. The details get bogged down with intricate business terms, but Bloomberg has a good summary of it right here if you’re interested. The bottom line is that if Hertz is forced to sell off its fleet in order to pay its debts, prices for used cars will take a massive dip. At least temporarily.

Jalopnik points out that airline closures and travel bans have had the largest impact on Hertz. Many of their over 12,000 worldwide locations are in (or very near) airports. If the airline industry and travel restrictions are relaxed soon, Hertz may stand a fighting chance to recover. 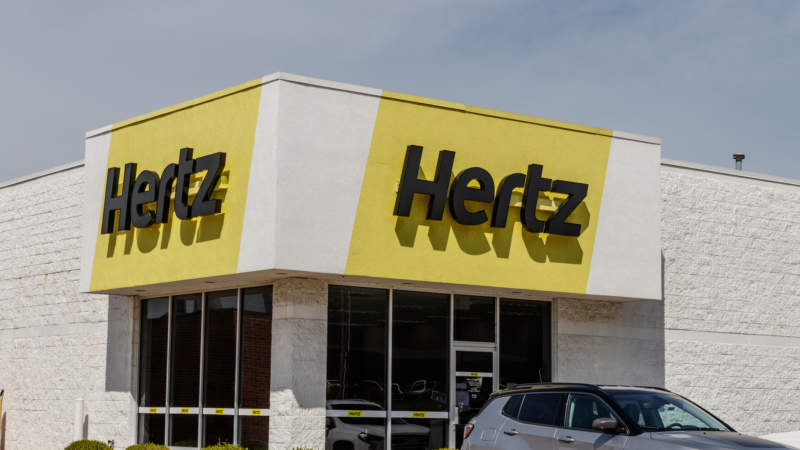