Despite the prevalence and popularity of crossovers, the market for minivans shows no signs of dying out. In fact, since most manufacturers have trimmed up and kitted out their hoard-hauling mommy-helpers, it seems crossover SUVs and minivans are not mutually exclusive.

Amidst both segments, however, lives the Ford Flex. Not quite station wagon, hardly minivan-shaped, and not at all tall enough for a crossover SUV, the Flex is just that — flexible. It’s an automobile that defies classification. With three available rows, the last of which is actually livable space, the Ford Flex caters to big families and those who have lots to haul. With a bit of styling flair, the Flex isn’t an eyesore either.

If you’re considering investing in a Ford Flex, check out the specs we’ve gathered on the 2018 model. Priced well in the budget of large families, the Flex does have a few trade-offs, but we’ll leave it to you to decide. Is the 2018 Ford Flex the versatile vehicle you’ve been looking for?

2018 Ford Flex draws its power from a 3.5-liter V6 engine. Putting out 287 horsepower and 254 lb-ft of torque, the V6 is powerful in its own right. Those who purchase the 2018 Flex in its Limited trim will receive a 3.5-liter EcoBoost V6 engine, twin turbo-powered to command 365 horsepower and 350 lb-ft of torque. Both engines are mated to a six-speed automatic transmission.

All 2018 Ford Flex models come equipped with front-wheel drive standard. All-wheel drive is optional on only the SEL and Limited trims. The Flex is capable of towing up to 4,500 pounds when properly equipped.

Customers can purchase the 2018 Ford Flex in the following colors:

Kelley Blue Book (KBB) ranks the 2018 Ford Flex #33 in its lineup for fuel efficiency. This is, in truth, the biggest downside to the Flex’s otherwise versatile offering. The base 3.5-liter engine makes 16 city and 23 highway EPA-estimated mpg in front-wheel drive configuration, while all-wheel drive configurations drop down to 22 highway mpg. Models equipped with the 3.5-liter EcoBoost engine suffer a few points as well, with 15 city and 21 highway EPA-estimated mpg.

Choose the Limited model and you’ll be riding in style with 19-inch wheels, a heated steering wheel, a standard power liftgate, HID headlamps, rain-sensing wipers, a leather steering wheel and leather seats, and power adjustable foot pedals. Heated front seats are standard equipment, but second-row seats can be fitted with heaters as well. Adaptive Cruise Control and Collision Warning with Brake Support is optional on the Limited model.

In order to get the tow package, customers will have to purchase a Flex of the SEL or Limited trim. Both trim levels also offer an optional Multipanel Vista Roof, Appearance Package, and silver roof rack rails. Ford’s 2018 Flex is also equipped with Android Auto and Apple CarPlay.

KBB notes that the 2018 Ford Flex received four out of five stars in the National Highway Traffic Safety Administration’s rollover testing. However, no other safety testing results are available at this time. 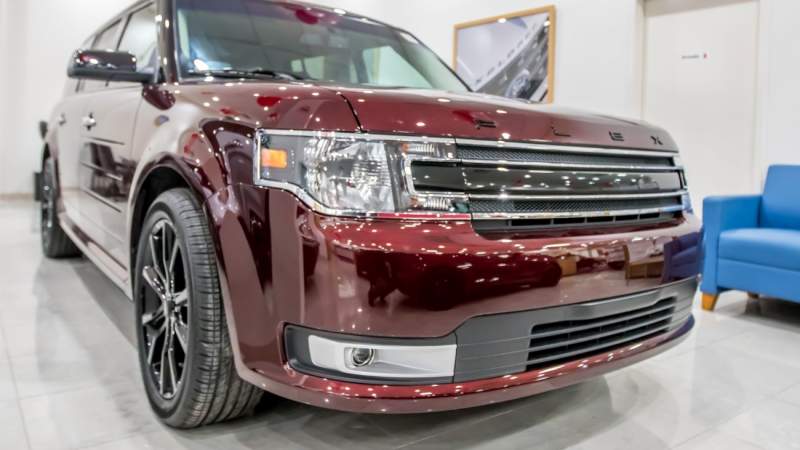 How the 2018 Ford Flex Compares

The experts at Consumer Reports enjoyed the 2018 Ford Flex’s comfortable and quiet ride but weren’t fans of the large turning radius of the vehicle. Edmunds chimed in, noting that the Flex isn’t as fun as some other rivals to drive. Experts there found some of the controls to be less than user-friendly as well.

In terms of long-term valuing, KBB scored the 2018 Flex low in the benchmark. While certainly a popular and affordable alternative to some of the higher-priced minivans and even crossovers on the market, the Flex doesn’t compete well in fuel efficiency. The model lags behind the standard of the market today, so while a mindful customer’s initial budget might work well with the purchase price of the Flex, monthly fuel costs may eat into those savings fairly quickly.

Beyond initial purchase price and fuel efficiency ratings, consumers are most notably concerned about safety and reliability. It’s unfortunate that Ford only equipped Limited models with nearly all the advanced safety features available on the 2018 Flex, especially considering the number of passengers the Flex boasts about being able to carry. A back-up camera is a great thing to have, but busy moms and dads would benefit from the slew of other safety features competitors oftentimes include in lower trim models of comparable pricing.

The good thing about the 2018 Ford Flex is that it’s not quite the hulking behemoth that many large SUVs are, but it’s not a family sedan, either. Like most station wagons, it hovers around the dimensions that most people are comfortable and skilled at maneuvering. You won’t need tow mirrors to park it, two spaces at the grocery store or a stepladder to climb into the driver’s seat.

The 2018 Ford Flex is not the car for everyone. Really, the model takes crucial elements from different segments to become more unique in its offerings, but sometimes to the overall detriment of the vehicle itself. Some might find the styling sporty, but even the twin-turbo EcoBoost engine isn’t going to impress many. All the same, seating is plenty and roomy. The Flex is not big, bulky, and hard to park, and there are several creature comforts — if you’re willing to pay for them, of course. 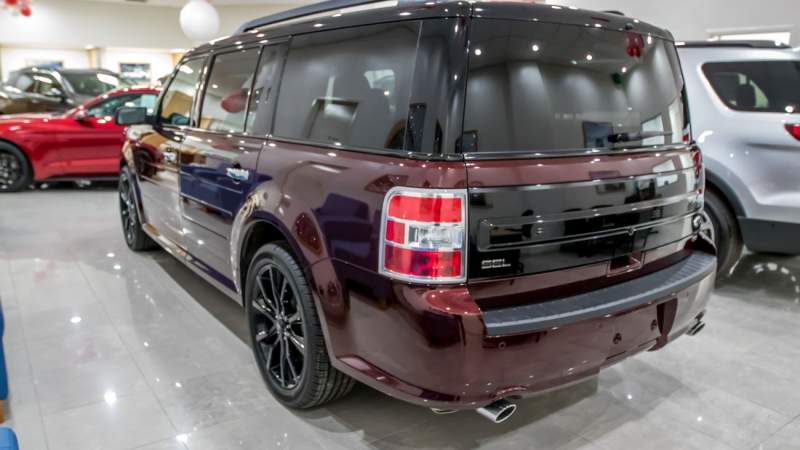