Everything You Need To Know About The 2020 Volkswagen Arteon

German automaker Volkswagen is not yet ready to give up on sedans. While other car manufacturers, most notably Ford, are discontinuing sedans altogether in favor of more popular trucks and SUV models, VW is betting that there is still a market for sedans, in particular luxury sedans. The all-new 2020 Arteon is a luxury fastback sedan that VW has high hopes for in the coming years. Although it’s been available in Europe since 2017, the Arteon only made it to U.S. showrooms in 2019. With the 2020 model, VW is betting that it can entice more American consumers to give the sedan another chance. Here’s everything you need to know about the 2020 VW Arteon.

It’s the Most Luxurious VW Model

“Luxury” isn’t typically the first word that comes to mind when you think of Volkswagen. This, after all, isn’t a Mercedes-Benz, Audi, or BMW. However, the Arteon aims to push VW into the luxury sedan segment. It’s easily the most luxurious VW model available today. Volkswagen is positioning the Arteon as upscale and a notch (or two) above its bestselling Passat sedan.

The Arteon’s seats are outfitted with synthetic leather or soft nappa hides, depending on the trim level chosen. The 12-way power-adjustable front seats offer an unusual amount of adjustment, and a massaging driver’s seat is an available option. Standard features found include automatic emergency braking, cross-traffic alerts, and blind-spot monitors.

The Fuel Economy Has Been Criticized

The 2020 Arteon is powered by a decent engine. Its 2.0-liter turbocharged four-cylinder engine produces 268 horsepower and 258-pound feet of torque. All of the available power is routed to either the front two or all four wheels (if four-wheel drive is purchased) via an eight-speed automatic transmission. However, while the engine has received some praise for its power, it has been criticized for its fuel efficiency, or lack thereof.

The all-wheel-drive Arteon is rated at 20 miles per gallon of city driving, 27 mpg on the highway, and 23 mpg combined. Front-drive versions of the Arteon are rated at 25 mpg combined city and highway driving. Competing cars with similar power outputs, such as the Mazda 6 and Honda Accord, are rated as high as 27 mpg combined. While a hybrid Arteon would make sense, VW has said there are no plans to build one.

The Handing Has Been Praised

Reviewers seem to agree that the 2020 Arteon is an ideal sedan to drive long-distances. The car has been praised as being “well suited to the open road” owing to its good acceleration and adaptive suspension that combine to make for a comfortable ride. Optional paddle shifters provide good control as well, and many reviews have noted that these paddle shifters should be offered as standard items in the car.

Furthermore, the suspension can be softened or firmed up through a menu item found on the infotainment screen. There is also a “Sport Drive” mode that increases steering heft for driving on winding roads. The multi-link rear suspension and 111.7-inch wheelbase are great for traveling over and absorbing big bumps. The availability of both 18-inch and 19-inch wheels is also nice and helps with the overall driving experience.

Volkswagen is marketing the 2020 Arteon, particularly in the U.S., as an “entry level luxury sedan.” To be sure, the price is generally lower than competing vehicles such as the Mercedes C-Class and Honda Accord. Nevertheless, the newest Arteon does come in a variety of trim packages and price points, including the base model SE that has a starting price around $36,000. The SEL that comes with leather upholstery costs $41,000, and the SEL Premium that comes with the all-wheel drive package, as well as massaging front seats and a moonroof, tops out at almost $47,000. A top end luxury sedan for under $47,000 makes the VW Arteon competitive in terms of its pricing. Though it doesn’t have all the bells and whistles found in some competing cars.

It’s Both Roomy and Cramped

People who value cargo space are sure to love the five-door hatchback style Arteon. The 2020 model has more cargo room than in previous editions. It’s great for hauling luggage and other items. In fact, the Arteon’s cargo area is 55 cubic feet in size (with the rear seats folded down). That’s as much cargo space as many SUVs have.

However, while the 2020 Arteon can technically seat five people, adults in the backseats may find the headroom lacking and the legroom feeling cramped. Up front, there is 37.7 inches of headroom, while rear-seat riders have just 37 inches of overhead space. Also, the low doors on the Arteon can make climbing aboard a challenge for taller passengers.

People who still believe in sedans and like models that have plenty of features could do a lot worse than the 2020 Volkswagen Arteon. The ability to buy a fully loaded, top-of-the-line Arteon for $47,000 should attract price conscious consumers who want the comfort and features of a luxury sedan without paying north of $60,000 for similar competing cars.

While the Arteon may not have all the features that are found in high-end Audi and BMW sedans, this most luxurious VW comes equipped with enough bells and whistles to keep most people satisfied. Interested buyers will have to look past a lack of fuel efficiency with the 2020 Arteon, but nothing’s perfect. The Arteon is still a really, really nice vehicle. 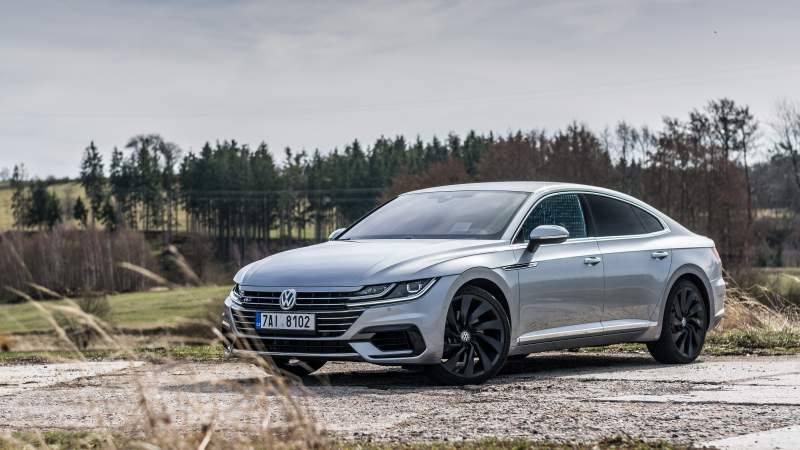