Calling all car racing fans. Aston Martin has introduced a new branded racing simulator called the AMR-C01. This high-tech gaming rig can be yours for “only” $74,000.

For that price, you’ll be able to (virtually) drive various Aston Martin models or choose from other impressive rides. For example, the Ferrari SF-15T Formula 1 race car is in there. The simulator also let you race against rivals and participate in electronic online motorsports. Aston Martin says that the simulator “shrinks the gap between real and pretend.” It’s the closest thing to an authentic race car driving experience.

The high-end British sports car maker collaborated with world renowned simulator creator “Curv” on the project. The intent was to give anyone with plenty of disposable income the chance to have their own individualized Aston Martin racing experience.

Online Racing on a New Level

You’ll be able to “drive” any car whose image and performance specifications have been captured by Curv’s Assetto Corsa V-racing platform. The simulator is primarily hardware rather than software. The console that includes a seat, pedals, steering wheel, and a large curved monitor. You will feel exactly like you’re in racing cockpit.

Designed to be “a stylish addition to any luxury games room,” the AMR-CO1 is built around a beautiful-looking carbon-fiber tub. The front end that has been “shaped to invoke the signature Aston Martin racing grille.” Its driving position is based on the one that buyers of the Aston Martin Valkyrie will get to experience. The pedal box is positioned high and the steering wheel incorporates a center display console.

Running Assetto Corsa software means the simulator can literally simulate everything from the modest performance of a 160 horsepower Abarth 500 to a Ferrari SF-15T Formula 1 car. However, the obvious expectation is that you’ll prefer to concentrate on the Aston Martin models that are available. You will also be able to race online against other players who also own a simulator.

Aston Martin’s racing rig doesn’t come cheap. At a cost of $74,000, it’s more expensive than most other cars. But you can’t crash those real-world cars and simply hit the reset button to start over with no consequences. So if you have the cash and love racing games, this is the perfect toy for you! 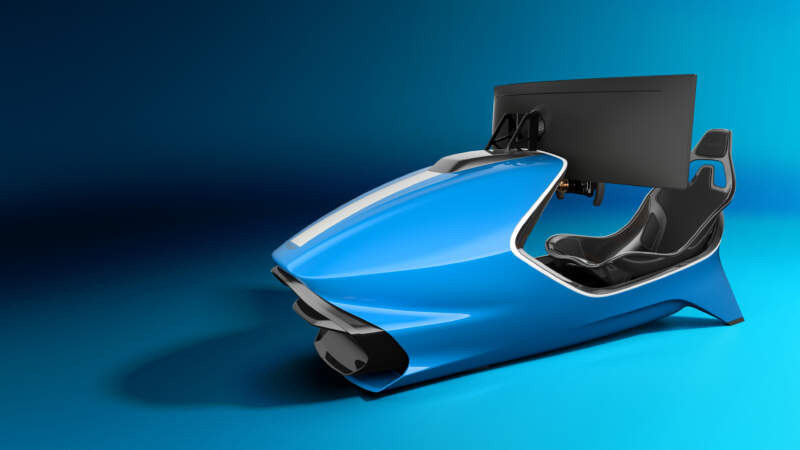 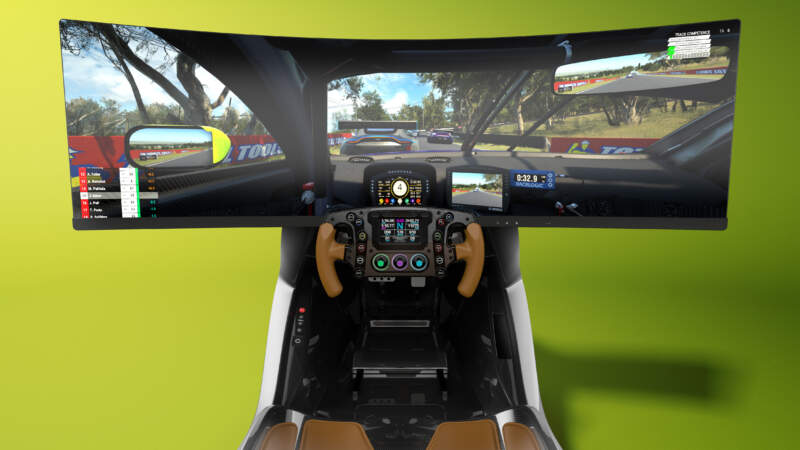 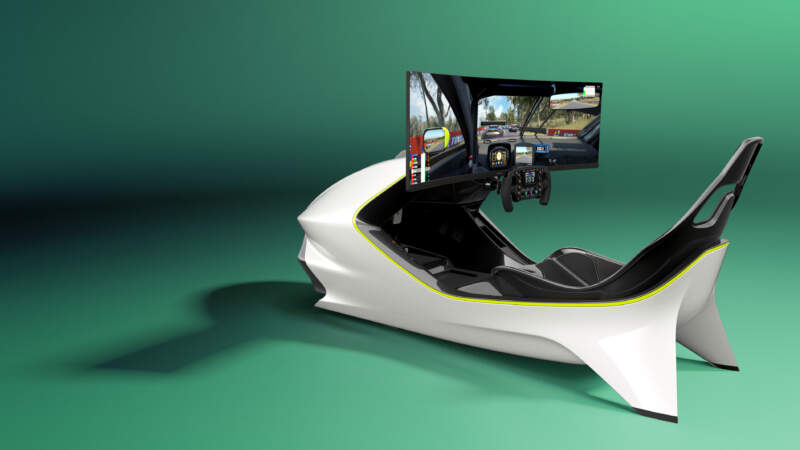 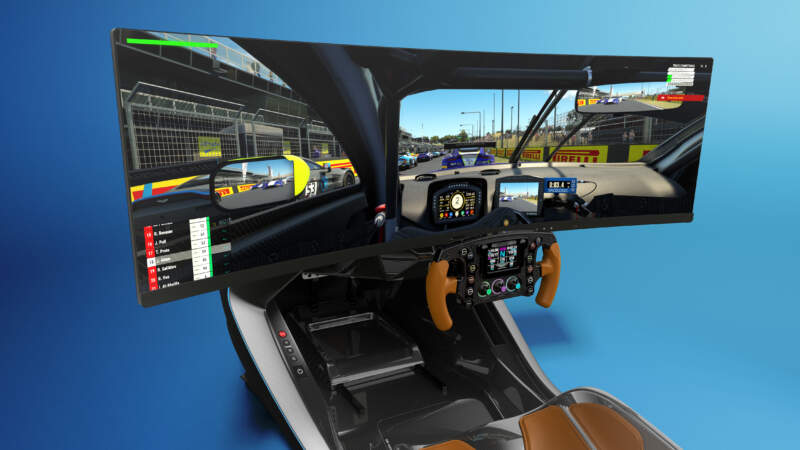