If you believe that bigger is always better, then the 2018 Chevrolet Tahoe might just be the car for you. It’s a blocky, squared off, and overtly masculine large load hauler. It’s pretty much the poster child for the large American SUV. Indeed, it’s the best-selling large SUV in the USA and has been for years.

Before the Tahoe, the Chevy Suburban was the real trailblazer. This was the first mass market large SUV and it helped Chevy corner the market. The Tahoe is the heir to the throne.

Based on the Silverado, the Tahoe is an all-American bus with seven or eight seats. Perched in the driver’s seat, you’re more or less looking down on the whole world. It isn’t quite a monster truck, but it’s close. This full-size SUV that is larger than the Traverse, but you can still go bigger and better with the longer wheelbase Suburban.

That base price buys you a two-wheel-drive version of the Tahoe with the less potent 5.3-liter V8 EcoTec3 engine mated to a six-speed automatic transmission. It offers 355 bhp and 383 lb/ft of torque, which hits 60 mph in seven seconds.

There is a more spectacular offering, though, in the 6.2-liter V8. You need to upgrade to the LT to get this gutsy engine and the only other option is the range-topping Premier. Now this is a serious engine. It’s a variant of the almighty Chevrolet V8 that powers the Corvette and Camaro ZL1 and it has become an icon in its own right. Here it sits together with a 10-speed automatic and pumps out 420 bhp and 460 lb/ft of torque, which is a savage amount of power. It hits 60 mph in just six seconds.

You get a huge towing capacity, up to 8,600 lbs with the most powerful, four-wheel-drive option and the range-topper offers solid performance for such a heavyweight car.

It isn’t the most likely off-roader, but you can spec it up properly to handle the trails. Order the LT spec with the off-road package, which adds trick suspension, skid plates, a 3.42 rear axle and a hill descent control. 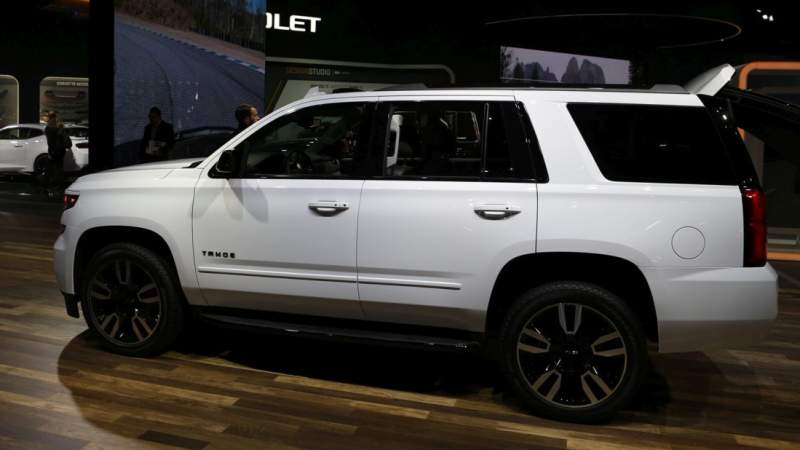 The Tahoe looks like a tank and it feels like one, too, as it comes with a five-Star NHTSA crash test rating.

Active safety is relatively limited. You can tick the box for the optional Enhanced Driver Alert Package, which gives you a forward collision alert and a low-speed automatic braking system that can step in and hopefully stop you hitting pedestrians and other cars. That’s about it.

The infotainment offerings are solid with Chevrolets MyLink infotainment and an eight-inch touchscreen coming as standard, while enhanced navigation is optional. You get Apple CarPlay and Android Auto connectivity, tri-zone climate control, and a lot more. Plus, the LT model is fitted with a Bose nine-speaker system.

The Premier model is fitted with a blind sport monitor and a lane change warning. Park assist, and a rear cross traffic alert are available as options.

There really isn’t a much better way to measure the Tahoe’s success than its sales figures. Plain and simple, it’s the market-leading large SUV and it has been for a long, long time.

That’s an achievement in itself because it’s up against some seriously big hitters, including the Ford Expedition, Cadillac Escalade, GMC Yukon, Toyota Sequoia, and Nissan Armada. With 85,000 large SUVs hitting the roads every year — which accounts for 10 percent of the light truck market — it’s a prize worth fighting for.

The Expedition has more interior space than the Tahoe, which suffers with a cramped third row of seats, and the Excursion also comes with a neat system to fold the second and third row into the floorspace for massive load lugging. Others offer similar space, but you have to pull the seats out and store them. It also tows bigger loads of up to 8650 lbs.

The Sequoia has borrowed heavily from the Tahoe in terms of looks and basic layout, but it’s much lighter. With just 240 bhp in the base model, it certainly won’t win many drag races, but it might be a more attractive proposition and it at least offers an alternative to the vast swathes of American muscle.

The Escalade is faster, just, and feels more like a road car. It is also crazy ostentatious and has become a favorite with sports stars that are prepared to pay the painful sticker price. It’s a different car and can break the $100,000 mark if you go all-out.

The Nissan Armada is a great pretender to the throne and it’s one you should seriously take a look at. It’s faster and manages to pack eight seats into a more cohesive design. In fact, it looks much smaller. That’s something you’ll really love, or really hate.

The Yukon is fantastic in Denali spec, but you’ll pay the price and the Tahoe really is the most solid all-round package you can buy. 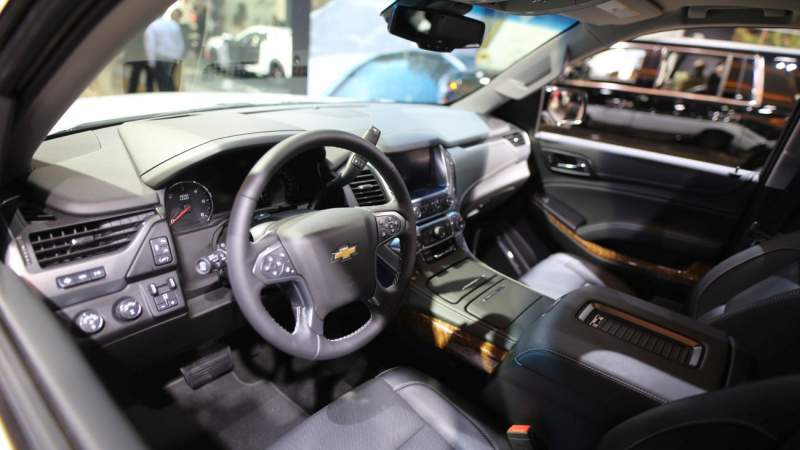