Almost every American alive today has grown up with the Chevrolet Suburban. The model was first introduced in 1935 and has been hauling people and cargo across America ever since.

Although times have changed, the Suburban is still popular with buyers. If you’re in the market for a full-size, SUV here’s everything you need to know about the 2018 Chevrolet Suburban.

What’s Under the Hood: A Capable V8

All 2018 Chevrolet Suburbans are powered by a 5.3-liter V8 engine making 355 horsepower and 383 lb-ft of torque. Power is routed through a six-speed automatic transmission, the only transmission available. The Suburban is rear-wheel drive, although four-wheel drive is available. RWD Suburbans get an EPA estimated 16/23/19 mpg (city, highway, combined). Those figures drop to 15/22/18 mpg with 4WD optioned. The 2018 Chevrolet Suburban can run off of E85 ethanol, but that fuel drops its mpgs considerably. Filling up a Suburban with E85 returns fuel economy figures of 12/17/14 mpg. According to Chevrolet, the Suburban’s combined 23 mpg rating is best-in-class among competing SUVs equipped with V8s.

The Suburban isn’t built for winding roads or straight-line sprints, although Car and Driver did record a respectable 0-60 mph time of 7.1 seconds in its testing. As you might have guessed, Chevy’s SUV is built for long highway cruises. Reviewers have praised the Suburban’s drivability, although the boxy SUV can — shockingly — be a pain to park. GM’s Magnetic Ride Control suspension is available on the 2018 Suburban. This technology increases ride comfort by adjusting the suspension in real-time to account for changes in road quality.

The Suburban is built on the Chevrolet Silverado’s platform. As such, it can tow a good amount. When properly equipped, the 2018 Suburban can tow 8,300 pounds, which is more than most drivers will ever need, although this only puts it in the middle of the pack among full-size SUVs. The 2018 Chevrolet Suburban can tow more than the Dodge Durango, but it can’t match the towing might of the Ford Expedition/Lincoln Navigator. The Suburban is also out-towed by the Infiniti QX80.

What’s Inside: A Cavernous Cabin with Seating for Up to Nine

The 2018 Chevrolet Suburban offers standard seating for eight. This can be changed, though, by selecting different seat combinations for the first and second rows. The 2018 Suburban can sit as little as seven people and as many as nine with the available first row bench seat. The second row of seats is not adjustable forward/back, but the seats do recline. While the Suburban offers a wealth of interior space, reviewers say the third row of seats can get uncomfortable for adults during long drives.

Optional features include leather seating, heated and ventilated first row seats, heated second row seats, a backseat Blu-ray/DVD player complete with roof-mounted screen, a wireless charging pad, a power liftgate, and power folding second and third-row seats. Reviewers give the Suburban’s cabin high marks for its quietness and the quality of its materials. While the Chevy lacks the luxuriousness of its corporate twins, the GMC Yukon and Cadillac Escalade, it does offer enough luxury to stay competitive with the majority of its segment. 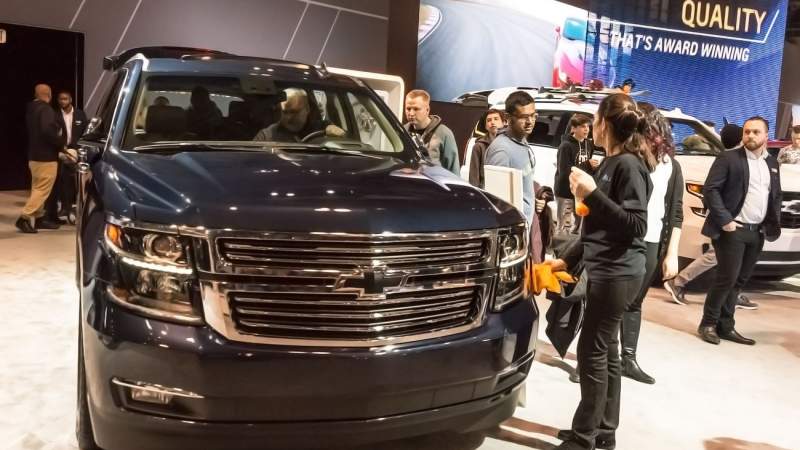 Safety Features: Safe Enough but Not the Best

The Chevrolet Suburban was given an overall safety rating of four out of five stars by the NHTSA. The SUV scored five stars in side crash testing and was rated four stars in frontal crash tests. However, the 2018 Suburban only achieved a rollover crash safety rating of three stars. While the 2018 Chevy Suburban is not the safest large SUV out there, it’s also not unsafe by any means, especially when you take into account all its available safety tech and driver’s aids.

The Suburban comes standard with a backup camera, rear parking alert sensors, daytime running lights, seven airbags, and Chevy’s Teen Driver technology. This feature allows parents to set limits for everything from the audio levels to the speed. When a teen goes over the set speed limit, audio and visual reminders let them know to slow down. Teen Driver also turns on available safety features automatically and provides a report card that allows parents to see how their children perform behind the wheel.

The 2018 Suburban leaves a bit to be desired when it comes to standard safety and driver’s aid technology. The good news is that Chevy offers all the latest safety tech you’d expect — you just have to pay for it. Available safety features include lane keep assist with lane departure warning, forward collision alert, automatic forward braking at low speeds, rear cross traffic alert, adaptive cruise control, and a blind spot alert system.

Trim Levels and Pricing: The LT Is the Sweet Spot

Of the three trim levels available, the Suburban LT is the most appealing thanks to its price point and standard features, which include leather first and second row seats, a Bose premium nine-speaker sound system, heated front seats, and standard safety features like forward collision alert and autonomous emergency braking. If you’re on a budget and don’t mind cloth seats that aren’t heated or having to pay a bit extra for safety features, the Suburban LT isn’t a bad buy. It’s hard to recommend the Suburban Premium whatsoever given its high price point and lack of game-changing standard features.

One thing to note is that Chevrolet offers a handful of special edition Suburbans, like the all-black Midnight Edition and ultra-luxury Signature Edition. Most of these offer bigger and shinier wheels, new unique grilles and badging, and upgraded interior features like power folding seats and keyless entry and push-button start. Special edition Suburbans come in the form of packages that can be optioned on the LT and Premier models.

The 2018 Chevrolet Suburban competes against the likes of the Dodge Durango, Ford Expedition, Nissan Armada, Honda Pilot, and Toyota Sequoia. The Suburban also competes against its corporate cousins, the GMC Yukon and Buick Enclave. Heck even the Chevy Tahoe, which is built on a shortened version of the Suburban’s platform, could be considered competition.

The Suburban is in a crowded segment and doesn’t necessarily do a lot to stand out. That being said, Chevy’s full-size SUV is competitive in all aspects, including pricing. Aside from below-average reliability scores from J.D. Power and Associates, the 2018 Suburban doesn’t really do anything wrong. If you can get over that and the fact that parking such a large SUV may be a bit of a pain from time to time, then the 2018 Chevrolet Suburban is definitely worth a look. 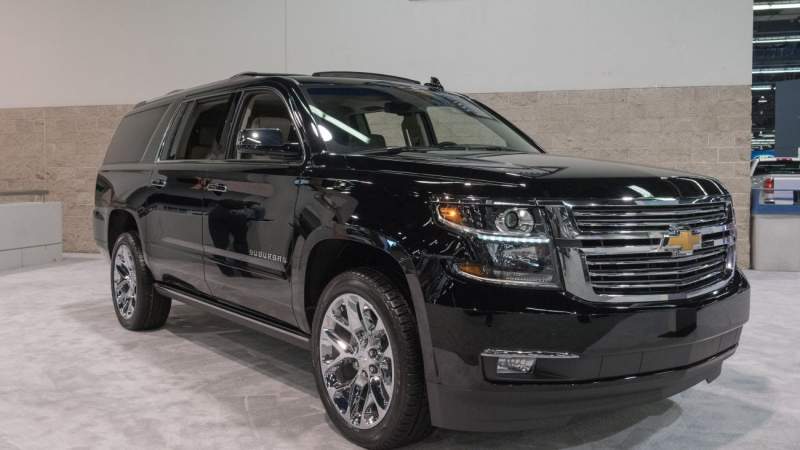