One way to know the strength of a car is its power-to-weight ratio. That is, how much horsepower it has per pound. Because impressive power-to-weight ratios can actually mean the difference between something that’s light and speedy and a hulking mass that takes forever to go anywhere.

Take one look at the Koenigsegg One:1 and it’s clear this supercar is made for cutting through the atmosphere with brutal precision. A sleek, aerodynamic body is powered by just over 1,341 horsepower. Weighing nearly the same amount of kilograms, this model achieves the 1:1 power-to-weight ratio so coveted by automotive manufacturers. However, only 7 models were built in a short, exclusive run, so purchasing and driving one of these megacars is something most of us can only dream about.

For a more affordable and available model, check out the Mercedes-Benz AMG C 63 Coupe. Resplendent in all its Mercedes-Benz styling and grace, the AMG C 63 Coupe will amaze you even as it powers through every twist and turn before it. The coupe starts around $68,750 but can easily increase in price with just a few clicks of the mouse. With 469 horsepower and weighing between 3,700 and 3,950 pounds, the AMG C 63 Coupe has about a power to weight ratio of about 0.1187.

The words “small but mighty” certainly apply to this sprightly sportscar that many have come to love. The Mazda Miata isn’t necessarily a model you’d find next to “supercar” in the dictionary but it does have quite an impressive power-to-weight ratio. With 181 horsepower to push a total of 2,337 to 2,388 pounds, the Miata comes in at about 0.0758. Maybe that’s the technical explanation for why the Miata is so fun to drive around corners. Or perhaps it’s the easily-digestible $27, 080 starting price.

The Bugatti Veyron is known for making its mark in automotive history in a number of ways. Yet again, we’ve got a supercar on our hands that only a few lucky fingertips will ever touch. While the Veyron might not be the most attainable, it does have an impressive power-to-weight ratio. Weighing in at 4,044 pounds and with 1,001 horsepower, the Veyron sports a 0.2475 power-to-weight ratio.

There are none so stunning as the Aston Martin Valkyrie, a supercar striking in any scenery. Mere mortals such as you and I can only dream about being one of the 150 owners to drive such a masterpiece. Because if you have to ask how much it costs, you simply cannot afford it. The Valkyrie has a staggering 1:1 power-to-weight ratio from the largely carbon fiber bodywork and a naturally-aspirated V12 engine.

Short wheelbases and lightweight frames a fast car make. That’s at least the formula Lotus tapped into with the Elise, a tiny sportscar you might consider to be the extravagantly exotic cousin to the Mazda Miata. Built on a small chassis, the Lotus Elise weighs only 2,037 pounds and sports 217 horsepower, for a power-to-weight ratio of 0.1065. Alas, you may want to choose a different car for your daily driver, as there won’t be many creature comforts to find in this track-driven small car.

Zenvo is probably a brand you haven’t likely heard of, unless you keep your ear to the hot tarmac. That being said, the ST1 TSR-S is a car shaped like many you’ve seen before. To say it performs just as typically is to do it a great injustice. The Zenvo ST1 reins in 1,177 horsepower via a supercharged V8 engine, and weighs about 3,296 pounds. The 0.3571 power-to-weight ratio is a respectable number for a car exclusive to those with deep pockets.

Here’s a model you can see any day, every day: the Nissan 370Z NISMO. Widely available to the public to the tune of $45,790 for a manually-shifted transmission, the 370Z NISMO puts the zippy back in Z-car. The 370Z NISMO puts down 350 horses to the ground, while weighing about 3,232 pounds. Your power-to-weight ratio for this sporty car is 0.1083.

Bugatti is a name now synonymous with speed. The Divo is no exception to that standard of achieving what most consider to be unachievable. Obtaining the keys to a Divo is a right only 40 lucky customers will have, so if you do happen to see one, take your fill. The Bugatti Divo weighs 4,280 pounds and captures 1,479 horses beneath the hood. Power-to-weight ratio comes out to be 0.3456, an impressive number that’s equally as awe-inspiring as the model itself.

Tesla is a name on the tip of everyone’s tongue these days, but did you know about the Tesla Roadster before the red T got ahold of fame? The Roadster is very similar in design to the Lotus Elise and if you don’t look closely, you could mistake one for the other. The new Roadster has a whole new design language and official numbers have yet to surface in terms of power and weight. The 2011 Roadster—the last year of official production—topped out at 248 horsepower and weighed 2,877 pounds. That’s a power-to-weight ratio of 0.0862.

If there’s one thing we know about Lamborghinis, it’s that they do strike a provocative presence anywhere they go. The Aventador stands out from the crowd, no doubt. A tidy sum of $417, 826 to begin is about what you’ll pay for one of these models, which offers 759 horsepower and weighs about 3,472 pounds. The Aventador has a power-to-weight ratio of roughly 0.2186.

Like MINI Cooper and FIAT, Lotus is a brand well-known for small stature but big power. The Lotus Evora is no exception to this pedigree. The Evora weighs just slightly over 3,000 pounds and has 410 horsepower. Costing you about $109,535, the Evora has a power-to-weight ratio of 0.1367. Not half bad for a car most people might have trouble fitting into.

Like the Miata, the Chevrolet SS is a model most people are surprised to see on a power-to-weight ratio list. At the same time, making a vehicle more powerful to move its own weight can be a good way to create a more fuel efficient vehicle.

Chevrolet has discontinued the SS nameplate but if you’re able to find one used, you’ll enjoy a power-to-weight ratio of 0.1134. That’s 415 horsepower pushing 3,660 pounds. Many of Chevrolet’s family sedans, like the SS, sport a similar thinking when it comes to packing in the horsepower to push all that poundage.

McLaren, like many supercar brands, designs its vehicles to a certain standard, which can be seen in each iteration that rolls off the production line. The McLaren Senna is no exception. McLaren even boasts about the power-to-weight ratio on the model’s front page. The Senna makes 789 brake horsepower, and weighs about 3,029 pounds. Do the math and you’ll find the Senna boasts a power-to-weight ratio of 0.2605. That’s pretty impressive for a vehicle built only for those privileged enough to register for their very own model.

If Shelby Cobras aren’t enough to get your blood pumping, the Super Snake (pictured below) is sure to have you on the tips of your toes. Equipped with a 7.0-liter V8 engine that made 800 brake horsepower, this slithering beast only weighed about 2,550 pounds. That gave the Super Snake a power-to-weight ratio of 0.3137. Plus, this car could go 200 miles-per-hour without missing a shift. Sadly, only two models were ever made, so your chances of experiencing the Super Snake are close to nil.

Slimming Down to Speed Up

Though power-to-weight ratios can tell you a lot about a car’s power, there’s so much more to each of these models than just numbers. It’s about the emotion behind the car and what it can do when any given driver takes the wheel. Were you surprised by any of the models we included? Share your reactions and power-to-weight ratios you want to highlight in the comments below! 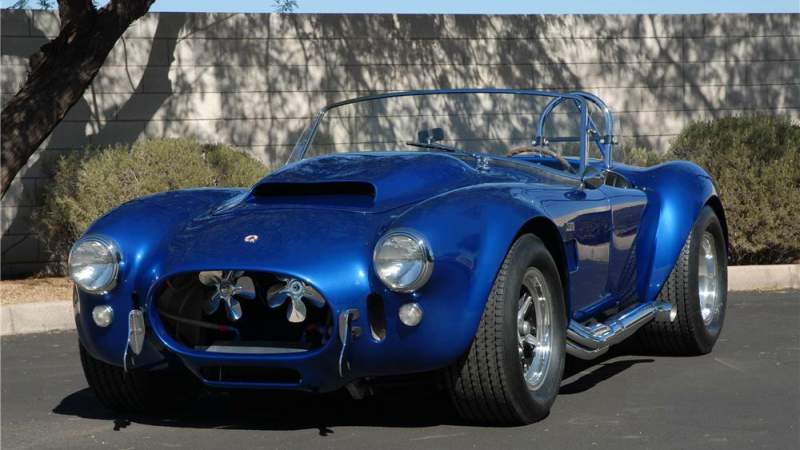 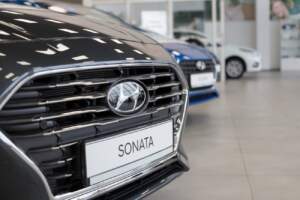