We Matched All The Avengers With Their Perfect Real World Vehicles

The Avengers are a quirky group. Made up of a collection of different superheroes, each of whom has their own distinct personality and special powers, they come together to fight for the common good and protect Earth from the most heinous of threats. But what type of car would they drive?

This is the question that we have been pondering for longer than we care to admit. If you think about the Avengers long enough (and we have), you eventually realize that sometimes they just need to get around the old fashioned way — in a vehicle. After debating the styles and personalities of each Avenger, here are our best guesses as to the real world sweet rides that each member would drive.

What other car would you put Tony Stark in? The 1954 Maserati Spyder is a classic vintage sports car that is both extremely rare and insanely expensive. It is the perfect vehicle for Stark, a billionaire playboy who enjoys making an impression. And he would certainly do that in this high-end car that is so gorgeously designed that it turns heads everywhere it goes.

A lightweight ride that was originally used for professional racing, the Maserati Spyder has a twin spark straight six engine that can produce 170 horsepower. The cherry red design, oversized tires, and curved body give the car an unforgettable look. Knowing Stark though, he would probably try and find a way to cram in some extra tech to improve this one of a kind sports car.

We would also put Captain America aka Steve Rogers in a vintage car, but for a different reason. The 1940 LaSalle Convertible is actually a car from Rogers’ era. Remember that Captain America is originally from the 1940s and fought Nazis during WW II before getting frozen and re-emerging in the present day.

No doubt he would feel quite comfortable in the 1940 LaSalle Convertible, which is a car that was quite popular in the late 1930s and early 40s. This car would remind Cap of his past and the era he is most familiar with. A two-door convertible with a V8 engine would be a classic ride for an old warrior like Steve Rogers. Sure this car is a little stiff and old, but so too is Captain America at times.

What other ride would you give to the God of Thunder? The Hummer H2 is a vehicle that is just like Thor – big, strong, and loud. The hammer Thor carries with him kind of dictates that he drive a monster ride such as a Hummer, and the H2 would not disappoint. It is a big, aggressive, gas guzzling vehicle that is perfect for climbing rocks in the dessert or rolling through the streets of New York.

Really, can you imagine Thor in anything smaller than the Hummer H2? It just wouldn’t fit, right? Plus the H2 is the biggest of the Hummer vehicles. It is longer and taller than all other Hummers – capable of comfortably seating seven passengers, which would fit most of Thor’s Avenger buddies — although half of them can just fly.

Of course the Incredible Hulk would not fit into any normal vehicle himself given his size. But we see his alter-ego Bruce Banner in a 1957 Chevy pick-up. This hearkens back to the atomic age when Bruce Banner was hit with enough gamma radiation to transform him into the Hulk, and also seems like an appropriate vehicle for a scientist to drive.

A basic and cerebral guy, we don’t see Banner driving anything too flashy. He’s more likely to pick a vehicle that is practical, reliable, and will carry all his scientific equipment. We don’t see Banner driving a shiny new version of this truck either. This truck would be plenty beat-up and worn in. Rust on the fenders and around the wheel wells – the whole nine yards. A truck that says, “I’m a mild mannered guy, but don’t make me angry. You wouldn’t like me when I’m angry.”

The Corvette Stingray would, of course, have to come in black. But really, is there a more perfect car for Black Widow? Essentially you should see this as high class Russian assassin version of the Batmobile. If we have to take a car off the lot for Natasha Romanova, then we would take the Stingray. After all, the car is a lot like the Black Widow herself – stylish, sleek, cool, and dangerous.

Drop a V8 engine under the hood that is capable of pumping out 460 horsepower, and you’ve got a killer ride that would make any professional superhero proud. And, given that the Corvette Stingray can get to 60 mph in less than four seconds flat, this would also be the perfect car for getaways in a hurry.

The youngest member of the Avengers on this list gets outfitted with a Toyota Prius. After all, if any member of the Avengers is going to drive a hybrid gas-electric car, it would be science-minded and bookish Peter Parker. It’s the car that all those environmentally conscious, self-aware kids drive. That makes it perfect for Spidey, who is a science geek by nature.

We know that Parker will appreciate the fuel economy of the Prius and also the affordable price. After all, his “real” job taking photos for the Daily Bugle doesn’t pay that much. Not necessarily a cool car, but the right choice for Spider-Man.

We’re going with our gut on this one. We’re not really sure why, but we see Vision driving an old, vintage hearse. Maybe it’s the fact that he’s not human but rather an android, or that he is so logical he seems downright morose at times. We can honestly see Vision driving around in a hearse, which typically carries dead bodies.

Vision would likely pay no mind to the fact that he’s driving something creepy and morbid, but would rather focus on its practical qualities – the powerful engine, roomy interior and comfy upholstery. That the vehicle is used at funerals would merely be a curious fact to Vision, and not something that would turn him off. Of course, Vision can fly wherever he wants, so he really he has no practical use for any type of car.

Another scientist, we assume that Hank Pym, also known as the original Ant-Man, would be intrigued by an all-electric car such as the Tesla Model S. He’d be fascinated by how the engine, battery, and other components work and enjoy that it is good for the environment.

Having a bit of an edge, Pym would also like the fact that the Model S has a sleek design and cool look. The car does not look clunky or nerdy. There’s some sex appeal there that would interest Pym. The interior technology and features would also keep him interested in this car – the high-tech navigation system, collision warning, exterior cameras, self-driving capability, and sound system would all suit Ant-Man.

As for the Scott Lang version of Ant-Man made popular in the Marvel Cinematic Universe? We’ve already seen him roll around in the X-Con Security van.

As the king and protector of Wakanda, a fictional African nation, we see Black Panther driving a 1969 Volkswagen van. Not only is this vehicle a “shaggin’ wagon,” it also would be great for traversing jungle landscapes and African plains. Plus there would be room for Black Panther to carry his entourage around.

While not the coolest vehicle on this list, and T’Challa could obviously afford any other car in the world, we feel that a 1969 Volkswagen van would suit the Black Panther. It has utility and functionality while also retaining some vintage swag and cool. Of course, it would probably be only one vehicle in the Panther’s massive (and expensive) collection.

We see Scarlet Witch tooling around in the ultimate mom-mobile, a Honda Odyssey minivan. Sure, she’s a powerful mutant who can control objects with her mind, but she’s also married to Vision (in the comics) and we see her being a stereotypical suburbanite when not out saving the world from intergalactic threats and terrorist groups.

Perfect for a quiet life with Vision, the Odyssey could also provide great cover for Scarlet Witch. Seriously, who would suspect a woman driving a minivan to be an Avenger? Naturally her Odyssey would be fully loaded, complete with a sun roof (and possibly other super gadgets). And the kids would adore riding to soccer practice in it — wait, can Vision even have kids?

The Falcon – civilian name Sam Wilson – is a guy who would want to drive the coolest car he could afford. In this case, it would be a second hand Porsche 911. A former soldier and ally of Captain America, Wilson is a guy who values his reputation and street cred. He’d want to keep it real by driving a classy car that has some power and sex appeal.

But you can’t get a Lamborghini on a military salary. Or even a new Porsche for that matter. A used 911 would do the trick, though. He may even opt for a convertible version of this car.Of course, he would maintain the Porsche 911 himself – doing all of the needed work in his own garage when he wasn’t, you know, busy kicking ass as a member of the Avengers.

Lastly, we see War Machine rolling around town on a Harley-Davidson Softail Slim S motorcycle. This is a beastly bike that is perfect for Lieutenant Colonel Rhodes, who is one of the baddest of the Avengers. When not powering up his own version of the Iron Man suit, War Machine could be found cruising around town on this classic bike, which has power and style to spare.

Cool and stripped down, the Softail Harley is a highly sought after motorcycle, and we assume that War Machine would know enough about bikes and their pedigree to want one of these for himself. Plus, this type of motorcycle would be perfect for springing into action at a moment’s notice when called on for help. 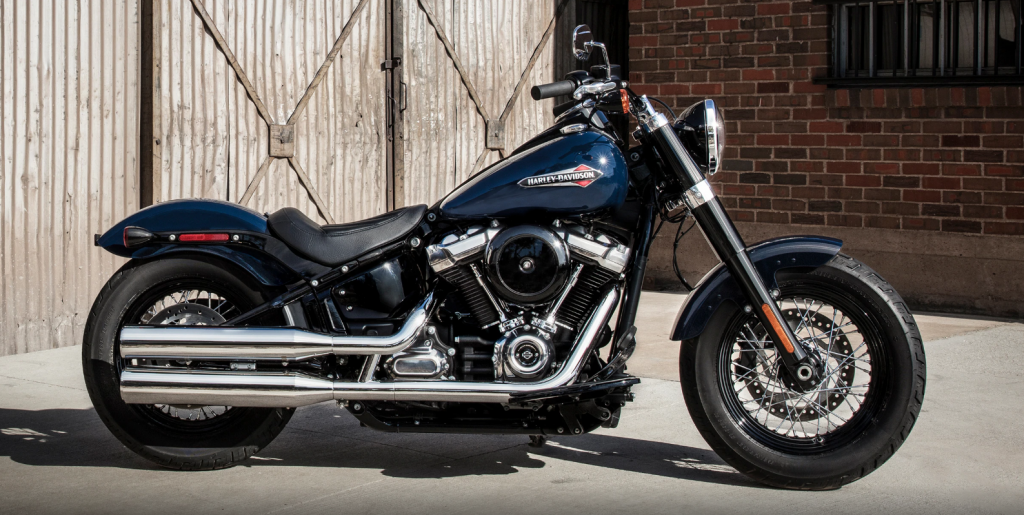