Under the Hood: 2018 Volkswagen Golf

The Volkswagen Golf is, quite simply, an icon. It has matured from cut-price family transport into a luxury small car, but throughout its history it has remained the benchmark for the sector.

It has grown in size as well as stature, and if you put a first gen next to a seventh gen, you’d be truly amazed at the size difference. Now it is a premium sub-compact hatchback, perfect for a lone driver or family alike.

The Golf remains one of the greatest cars of all time and it’s a looker. This is a perfectly proportioned hatchback, even though it’s a touch on the large side. The sleek, sporty exterior extends to the interior and brings with it a very urban feel.

But is that going to be enough? Can the 2018 Volkswagen Golf contend with the young pups snapping at its heels?

The VW Golf was the new “people’s car” back in 1974 and it started simple, but the Golf has evolved into an entire model line that has kept up with consumer demands. Now you can spend anywhere from $19,895 for a base model Golf, all the way up to $39,375 for the almighty Golf R. In between are the Golf GTI and the e-Golf, each with their own benefits.

The base model is a 1.8T, front-wheel-drive, which pumps out a respectable 170 horsepower and 184 lb-ft of torque. That same engine powers the bigger, four-wheel-drive VW Sportwagen and jacked up Alltrack.

Next in line is the legendary Golf GTI, with a bigger 2.0-liter engine turbo and 220 hp pumping through the front wheels. It’s the original hot hatch and a fast car in its own right, but even the GTI pales in comparison to the ferocious Golf R.

The Golf R has 292 hp and 280 lb-ft of torque on offer through a Haldex 4WD system and six-speed semi-automatic transmission. The end result is a less than five second 0-60 mph car – a serious sportscar with proper seats and hatchback accessibility.

That leaves the oddity: the e-Golf. In its day, it was a rival for any electric car on the market. Now, it has been left behind and only serves to highlight how badly VW needs to bring its electric concepts to market. The 125-mile range isn’t good enough in the modern age and the e-Golf, once a technical tour de force, just looks like an outdated and forgotten laptop gathering dust in the corner. We guess it could be worse. It could be a diesel.

This is VW, so the five-star NHTSA rating is a given thanks to advanced crumple zones and high-tension steel body panels. VW has gone above and beyond, though, and the Golf is one of the 2017 IIHS Top Safety Picks, when you opt for the front assist system. We can only assume that the 2018 will follow suit.

That system can detect pedestrians and other cars, before applying the brake if required. The car will monitor your blind spot and a reversing camera should protect your back bumper when you’re parking. You also get post-crash braking to contend with a secondary impact and the car will turn the engine off in the event of an impact.

Inside this is a premium hatchback, so the infotainment system is spectacular. VW Car-Net App-Connect syncs with your smartphone and you can use the touchscreen to control your apps. It supports Apple CarPlay and Android Auto and you get Sirius XM satellite radio. The basic 6.5” Composition Media System is solid, but the upgraded kit gives you VW quality SatNav and a whole host of additional functions. 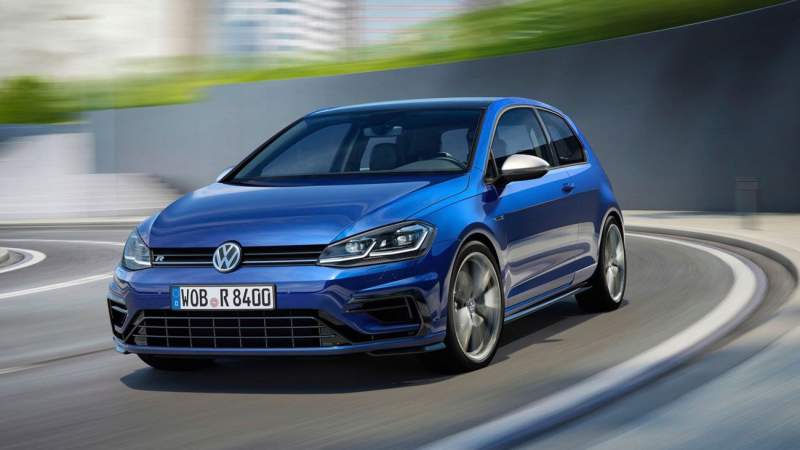 The Golf’s main rivals largely come from the Far East and they have raised their game in recent years. But VW is still in pole position. The Dieselgate scandal did the company no favors at all on U.S. soil, but VW has a reputation for quality.

The Mazda3, Subaru Impreza, Honda Civic coupe, and the hybrid Toyota Prius are all potential rivals for the VW Golf. Out of all of them, the Civic Coupe and Mazda3 are the front runners right now. That’s a testament to Mazda’s progress and Honda’s consistency. There’s no doubt that Subaru has fallen out of favor and the Prius simply isn’t as exciting as it once was.

If you’re thinking about the Golf R, then the Honda Civic Type R is a much more dramatic car if you can live with the outlandish styling.

While they might compete on price, standard equipment, and even driving experience, they all struggle to match the Golf for prestige. Sister brand Audi has done VW a solid by only selling the A3 Sportback in e-Tron form and that leaves VW as the top dog in the sector. For a car with this heritage, that’s kind of fitting. 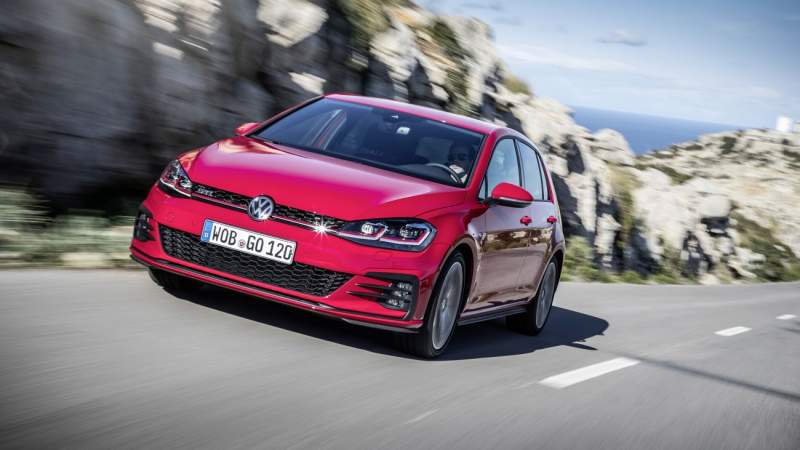