If you’re in the market for a new minivan, 2018 is a great year to lock down a deal. Today’s minivans are safer, more powerful, and more versatile than ever before. Here’s a brief overview of the top five minivans of 2018.

Equipped with a 3.5-liter V6 engine good for 280 horsepower and 262 pound-feet of torque, the 2018 Honda Odyssey can reach 60 mph in 6.7 seconds. Coupled to a nine-speed automatic transmission and energy-efficient engine, the Odyssey achieves up to 28 mpg on the highway. Gas consumption while driving around town clocks in at 19 mpg for a combined fuel economy of 23 mpg. The Odyssey’s 70-0 mph braking distance of 184 feet and 0.75 g performance on the skidpad puts it squarely in the middle of the minivan pack.

The 2018 Honda Odyssey is one of the most well-equipped minivans you’ll find at any price. As far as its safety features every Odyssey above the LX trim level boasts automatic emergency braking, lane-keeping assist, and adaptive cruise control. Honda’s Display Audio infotainment system comes standard on all Odysseys and includes an 8-inch screen as well as multiple USB charging ports.

If you compare the 2018 Honda Odyssey to the rest of the minivan competition, you’ll find that it outclasses its rivals in many areas. That’s probably why it was named the 2018 Best Minivan for the Money by U.S. News & World Report. What’s more, Kelley Blue Book recently named the Odyssey the best family car in the world. While the Chrysler Pacifica gives drivers more seat configuration options, the Odyssey is still a comfortable people hauler.

Powered by a 3.6-liter V6 engine rated at 283 horsepower, the 2018 Dodge Grand Caravan gets up to 60 mph in 7.8 seconds. The new Grand Caravan comes with a six-speed transmission and achieves up to 25 mpg on the highway. While EPA ratings for city fuel economy clock in at 17 mpg, real world tests indicate a combined score of 22 mpg. Capable of braking from 70 mph in 180 feet, the Grand Caravan outperforms the Odyssey and the Toyota Sienna when unexpected stops are necessary.

As far as advanced safety features and infotainment options are concerned, the latest Dodge Grand Caravan definitely lags its competitors. All Grand Caravans come with a ParkView rear backup camera by default. The optional $1,495 Safety Sphere package adds blind-spot monitoring and rear cross-traffic alerts. The Uconnect infotainment system is controlled from a 6.5-inch dashboard display on all trim levels. The optional Radio 430 NAV comes with Garmin GPS Navigation and SiriusXM.

Due in large part to its long track record of dependability, J.D. Power ranked the Grand Caravan better than most in terms of overall quality. With a base price of $26,250, the Dodge Grand Caravan is the most affordable minivan on the market. While it can’t match its competitors in the power and infotainment departments, it’s a predictably reliable workhorse. Furthermore, many consumers appreciate its forgiving ride quality when compared to the Honda Odyssey.

Thanks to its 3.6-liter V6 engine capable of producing 287 horsepower, the 2018 Chrysler Pacifica can hit 60 mph in 7.3 seconds. A nine-speed automatic transmission makes for fairly smooth acceleration. What’s more, the Pacifica’s 0.83 g performance on the skidpad allows for nimble cornering. Around town, the Pacifica manage to achieve an 18 mpg. On the highway, it’s rated at 28 mpg but can reach 31 mpg under the right conditions. Thanks to a 19-gallon tank, it boasts a highway range of 580 miles.

Named the best minivan on the market by New York Daily News, the Chrysler Pacifica stacks up quite favorably against the competition. Consumer Guide Automotive once again named this year’s Pacifica a Best Buy. Equipped with the same Stow ’n Go seats as the Grand Caravan, the Pacifica has more storage space than nearly every competitor. While the rear seats aren’t as firm as the Odyssey’s, most owners don’t seem to mind.

Outfitted with a 296 horsepower and a 3.5-liter V6 engine, the 2018 Toyota Sienna can get up to 60 mph in just 6.9 seconds. The eight-speed transmission allows for plenty of mid-range pep on the highway. The all-wheel-drive (AWD) variant can pull 0.77 g on the skidpad. Under city driving conditions, the Toyota Sienna manages 19 mpg. While it officially gets 27 mpg on the highway, fuel economy of up to 29 mpg has been observed. The maximum range of this eight-seat minivan is an impressive 580 miles.

Active driver assistance technology and infotainment options are two areas where the Sienna truly shines. Every Sienna is equipped with Toyota Safety Sense P, which includes lane-departure and forward-collision warnings. The Entune infotainment system boasts either a 6.1-inch or a 7.0-inch display depending on trim level. Charging options include three 12-Volt outlets and one USB port.

Winner of the Best Resale Value Award for vehicles in its class by Kelley Blue Book for the fifth year in a row, the Sienna is a wise investment. That having been said, resale value isn’t the only reason to opt for this model. For one thing, the Sienna is the only minivan on the road that offers AWD as an option. While its base price of $30,750 is higher than many rivals, it packs plenty of features for the money.

Featuring a 3.3-liter V6 engine that puts out 276 horsepower and 248 pound-feet of torque, the 2018 Kia Sedona can achieve 60 mph in about 7.8 seconds. With a turning circle of 37.7 feet, it’s easy to maneuver into tight spaces. While the Kia Sedona can’t match the Honda Odyssey in terms of fuel economy, it manages a respectable 19 mpg around town. On the highway, it can get up to 25 mpg if you take it easy on the accelerator.

If you prioritize safety above all other concerns, the 2018 Kia Sedona is a safe bet. The National Highway Traffic Safety Administration gave the Sedona a five-star crash test rating. In addition, the Insurance Institute for Highway Safety named the Sedona a Top Safety Pick. Compared to the other top options in the minivan market, the Kia Sedona boasts an interior that looks a lot more expensive than it is. While its outdated six-speed transmission hurts fuel economy, the Sedona delivers a smooth ride at an attractive price. 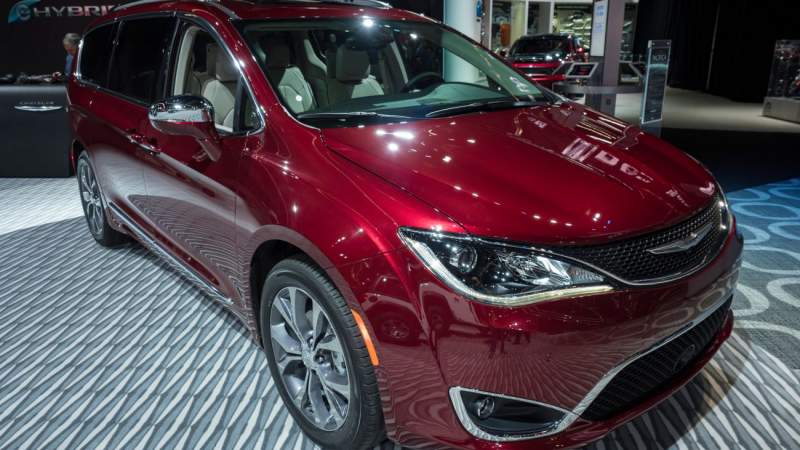