These Vehicles Are Being Discontinued In 2020

Nothing last forever. All good things must come to an end. Those tired cliches also apply to the auto industry. Every year, a host of well-known and once popular (maybe?) vehicles are discontinued by manufacturers. Sometimes it’s due to declining sales. Or evolving technology and changing consumer tastes. Either way, many vehicles get put out to pasture every year to make room for new models and designs. It won’t be any different in 2020. Here are ten of the best-known vehicles being discontinued this year.

The BMW 3-Series has proven popular and endured well since its debut in 2013. However, the Gran Turismo version of the 3-Series only lasted six years before executives decided to pull the plug on this model. With an off-kilter design that emphasized angles and opted for a look reminiscent of a crossover, the public never quite seemed to know what to make of the 3-Series Gran Turismo. That was especially true in North America. It didn’t help that dealers were inclined to push buyers toward the more conventional looking X3 model instead of the Gran Turismo. In the end, tepid sales that steadily declined spelled the end of this BMW line of sedans.

The Buick LaCrosse was a critical darling from the moment it rolled off the assembly line back in 2005. The third generation of the LaCrosse was especially praised for being a beautiful, large, and roomy sedan. Sadly, all the accolades in the world couldn’t save the LaCrosse from being discontinued. What spelled the end for this car was the fact that its sales paled in comparison to those in the Buick line of crossover vehicles. In 2005, Buick sold 92,669 LaCrosse units. By 2018, sales were down to just 15,527. While the LaCrosse is being discontinued in North America, it will continue to be produced exclusively in China for the domestic market.

The subcompact Chevy Cruze was never everyone’s cup of tea. However, it still built a loyal following among drivers who appreciated its scrappiness and peppy handling. The Cruze was certainly an improvement over other small cars made by Chevy, like the much-maligned Vega, Cavalier, or the awful Chevette. Unfortunately, the Cruze never achieved mass appeal. It always remained a niche car. Now, the Cruze is being thrown on the scrap heap as GM moves more into crossovers and away from traditional cars. In 2014, Chevy sold 273,060 Cruzes. However, that number was down to just 142,617 by 2018. R.I.P.

It’s truly the end of an era for the Ford Fiesta, which endured for more than 40 years. The tiny but capable Fiesta remains a bestseller for Ford internationally. However, the model’s global sales did not match steadily dwindling returns in the United States. The Fiesta is actually one of the last cars to be abandoned by Ford, as it focuses exclusively on trucks and SUVs. However, it should be noted that this isn’t the first time the Fiesta has been discontinued. The subcompact debuted in the U.S. back in 1978, but was withdrawn from production after 1980 due to mixed sales results. It was revived several times in the ensuing four decades, most recently in 2011.

The discontinuation of the Volkswagen Beetle received a lot of press in recent months. Much ink was spilled eulogizing this long popular vehicle that was first built in WWII and reached its peak of popularity during the 1960s. The front-engine, front-drive Beetle was a true original. Revived and re-imagined in 1999 as the New Beetle, demand for the car was intense among Generation X drivers.

Volkswagen sold 83,434 of them in 1999 alone. However, the novelty wore off over the years. The introduction of a second-generation Beetle for 2012 only seemed to hasten the cars demise. Only 14,411 Beetles were sold in 2018, prompting the bean counters at VW to pull the plug. There’s always hope though, since the beloved Bug has been killed off before, only to be brought back to life.

The Chevy Volt will forever be remembered as one of the first mass marketed and popular fully electric vehicles. Yet, the Volt was always a niche car. It perhaps suffered for being a bit ahead of its time. It’s now 2020 and the public is still somewhat reluctant to adopt electric cars. While critics and industry experts praised the Volt for its vision and performance, it never really caught on John Q. Driver. As a result, the Volt lasted only two generations. It will now serve as a historical relic in the march towards global electrification of the auto industry. Sales of the Chevy Volt peaked at 23,461 in 2012. By 2019 sales had fallen below 5,000 units.

The Audi TT is the rare car that is being discontinued despite remaining popular since it was first launched in 1998. The TT, a sporty coupe that also comes in a convertible model, has always been popular with motorists worldwide. At the same time, critics love this Audi’s styling and performance. So why exactly is the TT being discontinued? The TT is a merely a casualty of Audi’s push into full-electric vehicles. Like many manufacturers, Audi has adopted a long-term electrification strategy and is implementing it on a global scale. Sadly, that strategy does not include the TT.

For many years, the XJ was Jaguar’s flagship car. The large-sized XJ helped to reinforce the comfort, luxury, and performance that the public has come to expect from Jaguar. Despite all that, the XJ won’t have a 2020 model. The car has been canceled by Jaguar, even though a successor has not been named by the company. Similar to other vehicles on this list, the XJ is likely to be replaced by new, electric-powered sedans that will re-position Jaguar for the future. Get one now, while you still can. The XJ will be one of the very last of the big, gas-powered Jaguar sedans. It was a sedan that never compromised on quality or comfort.

The entire Smart brand is being canceled. The tiny microcars made by Mercedes-Benz have fallen victim to the declining popularity of small cars in North America. Mercedes crunched the numbers and announced that the Smart brand would be killed off in the U.S. market at the end of 2019. This includes the most recent Smart model, the 2019 electric-powered EQ fortwo. While tiny cars seemed to catch on with environmentalists and those looking to save on gas, they couldn’t fend off the rising popularity of crossover SUVs. Most eco-conscious drivers are now looking into Tesla or Prius models. That is, electric cars that don’t make you feel cramped inside.

The Nissan 370Z was a roadster that developed a cult following among gearheads and car aficionados around the world. Introduced in 2008, the 370Z Roadster proved to be extremely durable over the last decade. However, the engineers at Nissan were not willing to continue manufacturing both a coupe and convertible version. Nissan has discontinued the 370Z Roadster for 2020, though the coupe version will continue for the foreseeable future. It’s a sad moment for fans of the Roadster, who won’t be able to drive a new 370Z with the wind blowing their hair. 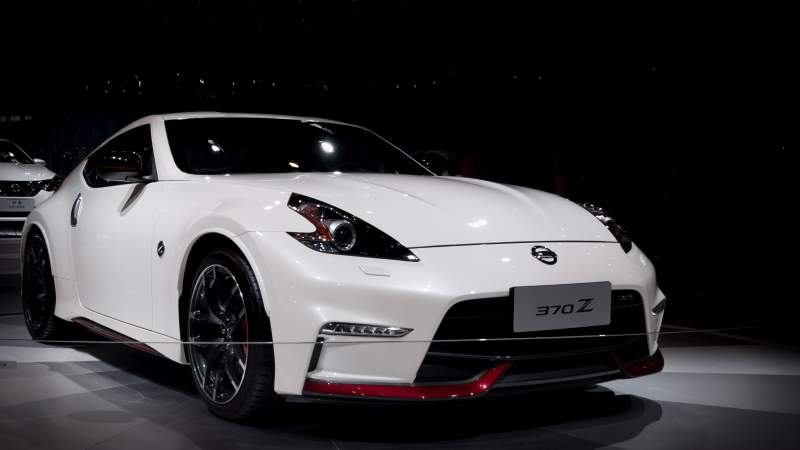