These Hyper Efficient Cars Get the Best Distance Per Drop

Since the 1970s, car manufacturers have been on a quest to find the Holy Grail of fuel efficiency. Even when gas was relatively cheap, they still had to meet government standards—and when gas gets expensive, buyers look more and more at that mpg number. Using less gas also means producing less air pollution, so a more fuel efficient car is also a greener car.

Here are the cars that will deliver you to your destination using as little gas as possible:

Toyota Prius Comes Out on Top

Your best bet for fuel efficiency right now is the family of Toyota Prius hybrids. The 2015 Prius Four, a four-door compact, is rated at 55 mpg on the highway, and 32 mpg in the city. Its siblings, the Prius C Two and Prius V Three come in a close to that at 48/47 mpg highway and 37/33 mpg city respectively.

Not surprisingly all the runner-ups are also hybrids (Honda Accord Hybrid, Lexus CT 200h Premium, Honda Civic Hybrid, Ford Fusion Hybrid) until you get to the Smart for Two Passion.  On its 1.0 litre engine, this two-seater gets 44 mpg on the highway and 30 mpg in the city—almost equal to the Ford Fusion Hybrid.

After the Smart, there’s another string of hybrids (Toyota Camry Hybrid XLE, Ford C-MAX Hybrid SE, Volkswagen Jetta Hybrid SE) until you get to the Mitsubishi Mirage ES. On its 1.2 litre engine, it gets 47 mpg on the highway and 28 mpg in the city. 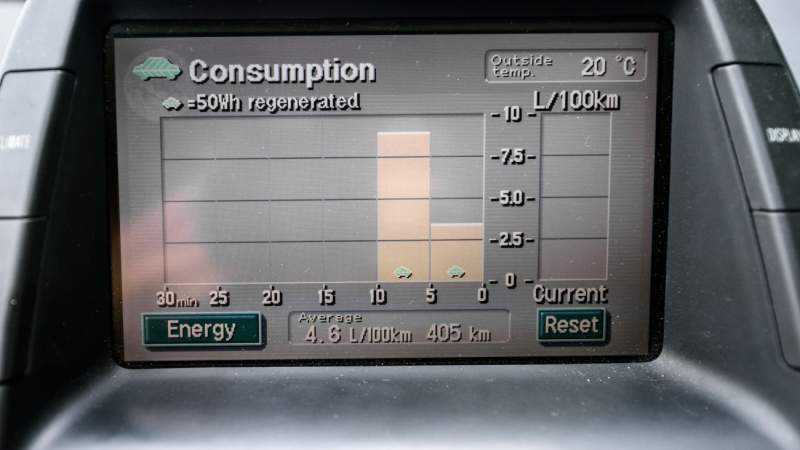 The lesson here is that if you want fuel efficiency, and you want some room in your car, hybrid is the way to go.  But there are even more efficient cars you can buy: electric cars.