They say nothing lasts forever. That is certainly true in the case of the highly competitive automotive industry. While today we have the Big Three automakers in North America — Ford, GM, and Fiat Chrysler — there have, in fact, been hundreds of others over the last century.

Sadly, many of the most iconic carmakers failed due to poor management, shifting consumer sentiments, badly received vehicles, or failure to keep up with new technologies. Despite being gone, many of these automakers are worth remembering. Some of them actually built some amazing vehicles, before eventually going broke. Here’s a list of ten once great car companies that failed and have been relegated to the dustbin of history.

There was a time when Studebaker was a proud American brand. The cars made by Studebaker were parked in driveways across the country in the 1940s and early 1950s. The company actually began as horse-drawn wagon builders, but switched to making electric and small gas cars in central Indiana in 1902.

By 1910, Studebaker was selling larger cars and limousines that had four-cylinder engines under the hood. By 1927, Studebaker graduated to large six-cylinder engines, with two-tone paint, and rumble seats. They championed the Dictator as their premier model, preceding others like the Commander and President.

However, after World War II, Studebaker issued a series of vehicles that were not well-received by the public. The company floundered until it came out with a smaller vehicle, the Lark, in 1958. That temporarily restored Studebaker’s cash flow. After the Lark, Studebaker issued the Avanti hardtop. Although the Avanti has many fans in car clubs around the U.S., Studebaker failed for good in 1967 due to declining sales. Today, many of its cars are considered classics.

Stutz was a smaller car manufacturer that had a reputation for innovation. Founded in 1902 by engineer Harry Stutz, they initially built a small car that used a steering wheel instead of the then-more common tiller. Stutz was actually a pioneer of the modern steering wheel.

Stutz really took off as a company in 1911, when one of the their cars finished 11th at the inaugural Indy 500. It averaged a then-crushing speed of 70 miles per hour. In 1912, a two-seat model Stutz, called the Bearcat roadster, defined the term “sports car” in America. They were among the coolest cars of their day. Moving more into performance racing, Stutz manufactured the Black Hawk in 1927, the company’s first stock car used for racing. Stutz then built the U.S.’s fastest production car, clocked at a speed of 106 mph in 1928. It was an impressive record at the time. However, Stutz’s fortunes took a turn for the worse during the Great Depression. The company built its last car in 1934.

Kaiser-Frazer enjoyed a great reputation for their sleek and stylish models. A partnership between automobile executive Joseph Frazer and industrialist Henry Kaiser, the company enjoyed success through to the mid-1950s.

However, although innovative, their vehicles were never commercially successful. Despite collaborations with famed designer Dutch Darrin, whose 1954 two-door roadster with a supercharged V6 engine is highly prized by car collectors today, the company struggled. Kaiser-Frazer made jeeps during WWII and transferred its production from Michigan to Toledo. Although the company assembled and sold cars in South America until the early 1960s, it officially ceased production in the U.S. in 1955.

Remember Pontiac? You should, since there are still quite a few of their vehicles around today. Established as a brand in 1926, GM manufactured Pontiac models until 2009. Pontiac remains a registered and active trademark of GM, although the company no longer manufacturers any of its cars.

GM Vice-Chairman Bob Lutz said the loss of Pontiac, which GM let go during bankruptcy proceedings in 2008, was one of the worst moments in the company’s history. Indeed, with vehicles such as the snappy Solstice and the roaring G8, as well as a distinguished history of popular muscle cars such as the GTO and Trans-Am, Pontiac was a storied automotive brand. Unfortunately, it wasn’t to be. Pontiac is no more.

There was a time when people in the U.S. were said to be “Oldsmobile People.” The brand inspired fierce loyalty among consumers, and for good reason. Oldsmobile was once America’s oldest carmaker, having started operations in 1897 in Lansing, Michigan. Founder Ransom Olds had been experimenting with cars as far back as the 1880s, before founding the company.

The Olds’ family business built some of the first gasoline powered engines in the country. Historians credit the first Oldsmobile as the first mass-produced car in the U.S. In 1908, GM purchased Oldsmobile and continued to manufacture the brand.

By 1940, Oldsmobile had the first HydraMatic transmission — a four-speed unit that was reliable and popular. In 1964, Oldsmobile offered the 442 muscle-car package. In 1966 it rolled out the now-famous front drive Toronado model. Oldsmobile continued to enjoy success in the 1970s, remaining the third largest nameplate (by sales) for much of that decade. As recently as 1986, Oldsmobile sold more than a million cars. However, despite its history, sales tapered off in the 1990s. General Motors shuttered the brand for good in 2004.

Brothers James and William Packard founded the Packard Motor Car Company in 1899. It actually started from their bustling electric parts factory, located in Warren, Ohio. By 1903, the Packard brothers had moved to Detroit. In 1916, Packard had the first production 12-cylinder engine, which it refined through 1939. They also built the Liberty aircraft engine, which was the most widely used engine in airplanes during WWII.

Packard cars were known as the most expensive production vehicles in their day. The smaller 1941 Clipper model, designed by Kaiser’s Dutch Darrin, is a much sought after collector car. Immediately after WWII, the quality of Packard cars remained topnotch. However, the lack of a V8 engine and sticking with pre-war styling hurt their popularity. Failing to keep up with changing consumer tastes, Packard made its last car in 1958 and vanished shortly afterwards.

You may have a difficult time recalling Pierce-Arrow, but they were an American auto manufacturer based in Buffalo, New York. Pierce-Arrow was a leader in the industry from its inception in 1901 through to its demise in 1938. Although best known for building luxury cars, Pierce-Arrow also built commercial trucks, fire trucks, camp trailers, motorcycles and even bicycles.

Originally a bird cage company, Pierce-Arrow built its first car in 1901, a tiny Motorette. They then expanded to larger cars with then-advanced technology such as hydraulic lifters, power brakes, and fender-mounted headlights. Big six-cylinder engines were the Pierce-Arrow hallmark, although the company also made a model with a V12 engine that set speed records. Pierce-Arrow merged with Studebaker in the 1930s, but sales declined until the last car rolled off the assembly line in 1938. They were another victim of the Great Depression.

Today, Duesenberg models sell for top dollar at auctions around the world. The Duesenberg Model J, which appeared in 1928, is considered the most valuable and iconic car ever made by a U.S. manufacturer. Bought by Errett Lobsban Cord in 1926, the Duesenberg Company was the leading automaker of its day in terms of innovation and luxury. No expense was spared. The technology-rich cars, which weighed more than 5,000 pounds, featured self-lubricating chassis, eight-cylinder engines, and boasted a top speed of 110 mph.

Hollywood stars of the day like Clark Gable and Gary Cooper paid top dollar for their Duesenbergs. However, the Duesenberg Company proved to be short-lived. By 1937, Cord sold the company and no more vehicles were made. That makes them extremely rare today, driving up their considerable value.

The Hudson brand was created in 1910 when former employees of Olds Motor Works banded together. They secured a loan from a department store tycoon to start a new company featuring a small, shiny brass roadster that could reach speeds of 50 mph. By 1916, the Hudson set a 102 mph record at Daytona. Then their car impressed everyone by driving from San Francisco to New York in just five days.

Sales of Hudson models soared after each new racing or distance achievement. However, the company’s Detroit plant was co-opted by the military during WWII and converted to build bomber parts. In the 1950s, the Hudson Hornet was a NASCAR champ. However, the regular production cars were seeing slow sales. The company was merged with another defunct auto company, Nash, in 1953 and the Hudson brand was discontinued by 1960.

Vector Motors Corporation is a notorious car manufacturer that went bust before ever really taking off. Founded in 1978, Vector built cars that had amazing designs. They caught the eyes of every auto enthusiast, speed demon, and gearhead. However, people who actually bought Vectors complained that the cars were technically unsophisticated. They suffered from inconsistent functions and poor performance.

As a result, advance sales were terrible. Vector never made cars in significant production numbers. They mostly made one-off models for display at auto shows around the world. Yet the image of Vector cars were used to market fast American-made vehicles throughout the 1980s and early 1990s. Vectors were so well-marketed that many people falsely believed that Vector made the fastest cars in the world.

Defunct since the mid-1990s, Vector was recently revived. Reportedly, new supercar called the WX8 is in development. There are whispers that it will compete with leading performance cars such as Ferrari and Lamborghini. We shall see. 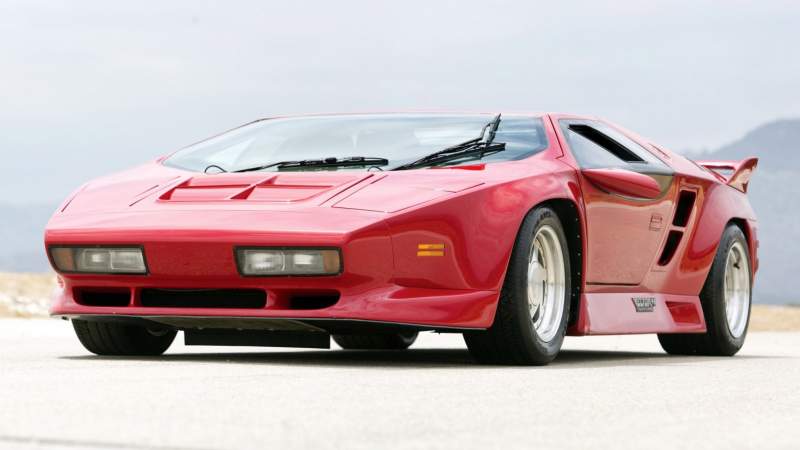