These Cars That Won’t Exist After 2017

It’s the end of the road for some awesome and popular vehicles in 2017. A number of bestselling and well-known name plates in the automotive industry are being discontinued in the New Year, as automotive manufacturers concentrate on new vehicle models and invest money in new technologies – namely fully electric and self-driving cars.

A car being put out to pasture is nothing new, as a number of models cease to be made each and every year. However, the vehicles headed for the sunset in 2017 may surprise you, since many of them are some of the most iconic autos of the past 25 years. Here’s a list of nine well-known cars that are being discontinued by the end of 2017.

The Dodge Dart was meant to be Chrysler’s competitive small car. It was a vehicle that appealed to Millennials and will be remembered fondly as the first car for many young people. While the Dart fulfilled some of this promise, it never really took off with the public. Part of the problem was that the Dart was a little too small and suffered from a difficult automatic transmission.

Most young people seemed to prefer cooler, high-tech hatchback cars sold by competing companies. The Dart also didn’t come with many of the standard bells and whistles that Millennials crave, such as Bluetooth or built-in GPS. Honestly though, the real reason the Dart is going the way of the Dodo is that Chrysler realized it can use the Dart assembly line to manufacture more profitable Cherokee SUVs.

Volkswagen has some iconic nameplates in its collection of cars – from the Beetle and the Golf to the Jetta and Passat. Sadly, the convertible Eos never entered the pantheon of well received VW models. The convertible hardtop just never caught on. To be fair, sales of convertibles have dropped across the board over the past decade. It’s not just Volkswagen that has had a tough time selling a convertible to the public.

However, the Eos also suffered from poor reviews from critics. They claimed it was stiff and not much fun to drive. As Volkswagen continues to recover from the scandal that saw the company deliberately fake emission results for its diesel powered vehicles, the company decided to save money and discontinue the Eos. This car is so cancelled that they are not even getting a 2017 model. The 2016 Eos is the last model being produced by the German automaker.

The Honda CR-Z is a gas-electric hybrid vehicle that got a lot of love from car critics over the years. Building on its popular predecessor, the CR-X, the CR-Z was notable for being a hybrid car that came with the option of a manual transmission. With great fuel efficiency and a decent price point, most analysts expected the Honda CR-Z to sell well.

Unfortunately, like most hybrids, the market for the CR-Z proved to be limited. There just aren’t very many people out there looking to buy a gas-electric vehicle. Most people still opt to stick with their pollution spewing gasoline-powered car. Those who want to go green are increasingly looking at fully electric vehicles, forcing the hybrids into limbo. As a result, sales of the CR-Z lagged and Honda has finally decided to pull the plug on the car. The 2017 model will be the last one for the CR-Z.

A lot of people might be surprised to see the Lincoln MKS on this list. A full-sized luxury vehicle that was slightly cooler than your average “old man car,” the MKS has proven to be quite a popular ride among a certain demographic – that is, old folks. Yet despite its popularity, the MKS has fallen victim to some internal politics at Lincoln. It turns out that executives at Lincoln want to discontinue the MKS so that they can focus on bringing back the Lincoln Continental — a classic brand for the company that they hope will connect with consumers and drive sales higher.

The thinking is that the Continental will evoke nostalgia and fond memories in buyers. It probably already has better name recognition with the MKS. Time will tell, of course. The Continental is synonymous with the massive sedans of the 1970s and 1980s — your grandfather probably drove one. You know, the big boats that were almost impossible to parallel park? Here’s hoping the new Continental will be a little smaller and can actually be park parked in a garage.

Swedish car maker Volvo doesn’t discontinue vehicles very often. The company tends to stand by its models through thick and thin, good sales and bad. So it’s a little surprising to see that Volvo is stopping production on the S80, a full-sized premium sedan. After ten years of fairly decent sales, Volvo is bringing out an all new luxury sedan (the S90). Therefore, it needs to clear space at its assembly line.

Volvo is cancelling the S80 after the 2017 model, to free up production resources for the new S90. There’s no guarantee that the S90 will sell better than its predecessor, though. Volvo primarily sells smaller mid-sized cars and station wagons, so axing the S80 for the S90 is a risk. However, the engineers in Sweden seem reluctant to give up on the full-sized luxury car market just yet.

Like the aforementioned Lincoln MKS, the Cadillac ELR was meant to be a hipper and more modern take on the classic grandpa ride. It had an added twist that it was also a hybrid gas-electric vehicle. Yet the two-door luxury coupe never caught on with consumers. This is likely due to the fact that the basic ELR model started at $75,000. That’s a lot of money for people on a pension to shell out for a car – a two-door one at that.

The ELR was a coupe with very limited driving range using only the electric motor. It had about half the driving range of the Chevrolet Volt. Not very cool. Cadillac tried to kick start sales of this hybrid car with robust advertising, incentives, tax breaks, and price slashing. Alas, none of it worked. In the end, it was sayonara for the Cadillac ELR. The 2017 model will be the last for this car.

Scion was a division of Japanese car maker Toyota. It tried to position their vehicles as a more affordable option for cost-conscious consumers. However, the Scion brand never caught on. Now the entire division is being shut down by Toyota. While a few Scion models are being moved into Toyota showrooms and will continue to be marketed, the tC coupe is not so lucky.

This commuter car, which never sold very well, is being discontinued all together. After January 1, 2017, no more Scion tCs will be manufactured at all. That ends one of the worst chapters in the history of Toyota. Some analysts claim that the Scion brand never really had the full support of Toyota execs. If that’s true, the division was probably doomed from the start. Others say that the tC never found its niche and had a difficult time competing in the coupe market, since it’s not really seen as a sporty compact car. Either way, it’s gone now.

Many people will be shocked to see the Hyundai Genesis on this list. The car has been a popular and reliable seller for 20 years. However, claims that the Genesis is being discontinued are a bit of misnomer, we have to admit. What Hyundai is actually doing is combining the Genesis and Equus models into a new branded nameplate known as the Genesis G80.

While the Genesis as we know it will cease to exist, Hyundai is putting a lot of resources behind the new G80 model and brand. They are launching a global marketing campaign and pushing the new car across its worldwide dealer network. Hyundai feels this is the best approach for driving sales figures higher and reinvigorating both the Genesis and Equus brands, which have grown a little stale over the past few decades. Get ‘em while they’re hot.

Say it ain’t so! The Dodge Viper has been a popular supercar for more than 20 years. The powerful Viper has been the wet dream of teenage boys everywhere, with posters adorning bedroom walls across North America. However, with a starting price of nearly $80,000, the Viper could never really compete with the much cheaper Chevy Corvette. Plus, the Viper was never offered with an automatic transmission. Who can still drive stick these days?

For these reasons, sales of the Viper have long suffered. Dodge has finally decided to pull the plug on the masterful Viper brand. Interestingly, this is the second time that Dodge has tried to walk away from the Viper. The company canceled production of the car in 2010, only to bring it back in 2013 owing to public demand. Sales didn’t exactly take off though. Now Dodge says the 2017 model of the Viper will be the last. The car is history once again – this time for good (maybe). 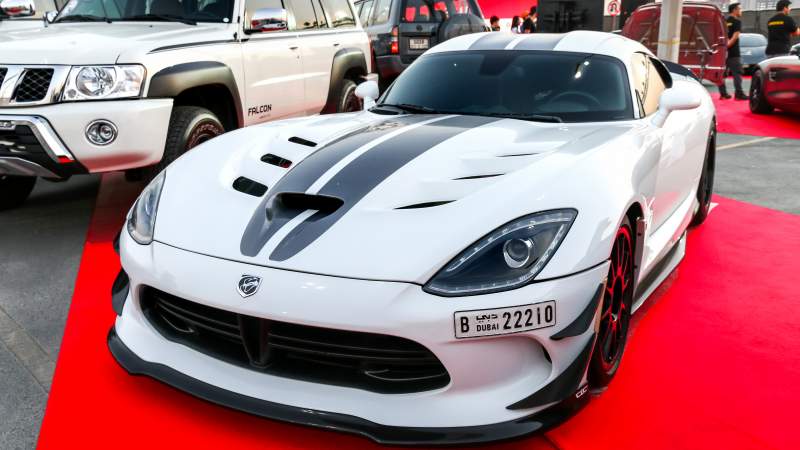