The Truth Behind the Volkswagen Emissions Scandal

It was recently announced that former Volkswagen CEO Martin Winterkorn will stand trial in Germany for his role in the “Dieselgate” scandal. It’s no surprise that Dieselgate is back in the news five years after the scandal first rocked the automotive industry. This is the story that will not die, largely because of its scope.

When news first broke in late 2015 that VW was being investigated for emissions fraud, the automaker was the second-largest automaker in the world behind Toyota. They were arguably the same size, really, since the margin was a couple hundred vehicles. Dieselgate made a massive impact in North America. However, it was especially damning in Europe, where the scandal eventually enveloped the company’s sub-brands of Audi, Porsche, Seat, and Skoda.

Whether this is your first time hearing about Dieselgate or you’ve just forgotten the details over the years, here’s a quick refresher on the most important details (and consequences) of this scandal.

What Exactly Happened: The “Defeat Device”

Dieselgate was discovered by three graduate students at West Virginia University. Their names are Arvind Thiruvengadam, Hemanth Kappanna, and Marc Besch. The trio were investigating the emissions levels of three diesel-powered vehicles — a BMW X5, Volkswagen Jetta, and Volkswagen Passat. They were testing under real-world circumstances, which enabled them to discover some important discrepancies. Basicaly, the emissions levels reported in laboratory testing and those observed under normal driving conditions were drastically different.

From 2009 to 2015, Volkswagen equipped its diesel-powered vehicles with a “defeat device.” In short, it was software that could detect when the car was operating under testing conditions. The defeat device was programmed to detect laboratory testing conditions. Then it would prevent the engine from fully performing when it was under examination. That would make it appear as though the engine’s nitrous oxide emissions were lower.

However, the device was only programmed to work under laboratory testing conditions. It failed to activate in the real world testing conducted by Thiruvengadam, Kappanna and Besch. As a result, they discovered that the Passat’s nitrous oxide emissions were up to 20 times higher than allowed. Meanwhile the Jetta’s emission levels were up to 35 times higher than permitted. Obviously, something was very wrong.

The Defeat Device was fitted to Volkswagen’s 2.0-liter four-cylinder diesel engines and its 3.0-liter V6 diesels. A slew of Volkswagen, Porsche, and Audi vehicles were sold with these engines in the United States. Popular models included the Volkswagen Jetta, Porsche Cayenne, and Audi Q5. In total, Volkswagen sold some 590,000 diesel-powered vehicles in the U.S. between 2009 and 2016 fitted with the duplicitous engine software.

When Dieselgate broke, Winterkorn denied any knowledge of wrongdoing. Less than a week later he issued a public apology and left the company. Winterkorn’s story has remained the same over the past five years. However, prosecutors in Germany aren’t buying that he knew nothing of Volkswagen’s deception. According to the Securities and Exchange Commission, Winterkorn knew about the Defeat Device as far back as 2007. That was when he reportedly attended a meeting that discussed a plan to market “clean diesel” vehicles in the U.S. — using software to hide their true emissions levels.

While Winterkorn claimed to have no knowledge of the Defeat Devices, the former head of Volkswagen in the U.S., Michael Horn, sang a different tune. In written testimony to congress, Horn admitted he learned that Volkswagen’s diesel engines were non-compliant with U.S. emissions standards back in the spring of 2014. Horn apologized during his testimony and placed blame on “a couple of software engineers” for the scandal. Despite his prominent role in Dieselgate, Horn was not fired by VW. He remained with the company until he resigned in the Spring of 2016. Horn has not been charged with any crime by Germany or the United States.

Compared to Winterkorn and Horn, Bosch CEO Volkmare Denner has (so far) emerged relatively unscathed from Dieselgate. Denner is the CEO of Bosch, the company that supplied the hardware and software that VW manipulated in its diesel vehicles. Denner has maintained the company’s innocence throughout the scandal and has remained as CEO. However, Bosch did agree to settle a $327 million lawsuit in the U.S. for supplying a part that VW reprogrammed to cheat diesel emissions tests.

The Consequences: Billions in Fines and Prison Time

Volkswagen moved quickly to get ahead of lawmakers and politicians calling for penalties. They announced both a buyback and repair program for U.S. owners. The buyback covered all 2.0-liter diesel engines, which the company declared could not be quickly fixed. It also covered a small amount of 3.0-liter V6 diesels that needed more extensive repairs. The repair program covered both the 2.0-liter and 3.0-liter diesel engines. Volkswagen also compensated buyers for their car’s diminished resale value.

Volkswagen set aside $10 billion for the U.S., and bought back over 300,000 cars. However, they are allowed resell them provided they pass emissions tests. According to Reuters, Dieselgate has so far cost Volkswagen roughly $33.6 billion. That total includes the cost of the buyback program, as well as penalties and fines levied from countries around the world. That number is likely to grow, though. Just this year, Canada fined Volkswagen $150 million. Additionally, Poland levied a $31.6 million fine of their own. Expect more countries to pursue their own compensation.

Bosch didn’t escape Dieselgate completely unscathed. The parts supplier was ordered to pay $327.5 million in a civil settlement in the United Stats. They were also hit with a $100 million fine by a German court.

While VW has been hit in the pocketbook, several of its former employees have faced both fines and prison time for their role in the scandal. Audi’s former CEO, Rupert Stadler, a former manager for Audi and Porsche, Wolfgang Hantz, and two ex-Audi engineers are currently on trial in Germany. The former general manager of Volkswagen’s environmental office in the U.S., Oliver Schmidt, was sentenced to seven years in prison. Former VW engineer James Liang pled guilty in court and received a 40-month prison sentence. Various former VW execs are currently facing trial in the U.S.

What’s Changed: Volkswagen Is All In on EVs and All Automakers Are on Notice

Volkswagen pivoted hard to electric cars in the wake of Dieselgate. Ex-CEO Matthias Mueller announced in 2016 that the automaker expects to sell up to three million electric cars by 2025. That timeline has recently become more aggressive. Last year, current CEO Herbert Diess revealed the company’s updated EV expectations. Volkswagen is now targeting 70 new electric models across its plethora of brands by 2028. They have a new goal of producing 22 million EVs a year.

In addition to VW shifting its focus toward EVs, Dieselgate has also ushered in a new era of automaker regulation and investigation. Fiat Chrysler Automobiles (FCA) had several of its European offices raided over the summer. That was part of an investigation into the brand’s own use of defeat devices. Mercedes-Benz was also caught for lying about the emissions of its diesel vehicles. They were recently ordered to pay $945,000,000 in penalties in the United States. BMW was also caught gaming diesel emissions, although it was only ordered to pay $9.6 million in fines by a German court.

While diesel isn’t completely dead, it’s clear that Dieselgate effectively killed any chance the engine had at challenging EVs and hybrids as an eco-friendly alternative. Regulators around the world are now more skeptical of diesel emissions claims by automakers. That doubt has only helped usher in the rise of electric and hybrid vehicles.

Like EVs and hybrids, Dieselgate appears here to stay, at least in the short-term. Prosecutors around the world continue to penalize VW (and its former executives and employees) for orchestrating one of the auto industry’s biggest scandals. 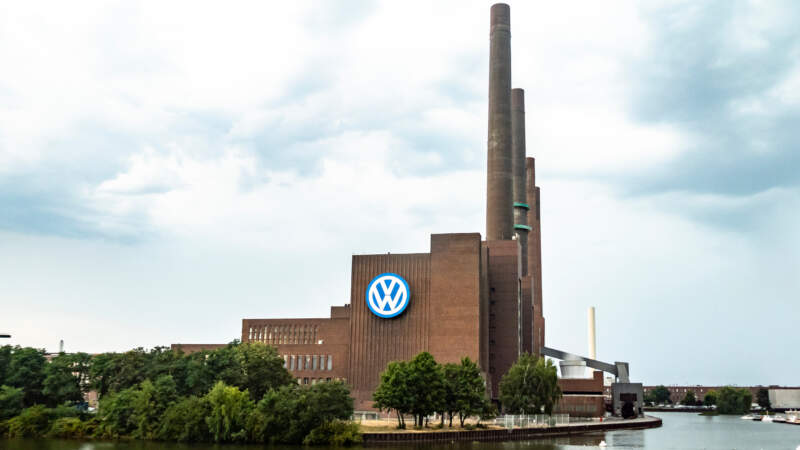