The Most Reliable Cars On the Road Today

When you’re trying to decide on a car, there’s a lot to consider – and one of the most important factors is reliability. No one wants to spend tens of thousands of dollars on a car that requires repair after repair. Your vehicle should keep you on the road for years to come.

If you’re looking for a car that’ll be reliable long after its warranty ends, you need to consider these incredibly reliable models. Whether you’re buying brand-new or considering used, these are the most reliable cars on the road right now.

The Toyota Corolla has been a favorite of drivers for decades, and there’s one big reason it’s still one of the most popular cars on the road: its reliability. Consumer Reports ranks the latest iteration of the Corolla at the top of its class, noting its practical nature and strong fuel economy as top features for buyers.

For the past decade, the Toyota Corolla has ranked at the top of most reliability ratings – and it’s scored close to perfect year after year. Although the Corolla may not be the most thrilling model to drive, it’s got plenty to offer drivers: a solid build that lasts a long time whether you’re buying new or used.

Another longtime favorite of drivers, the Honda Accord is one of the most reliable vehicles you can buy. According to CheatSheet, the Accord has nabbed the top reliability score annually since 2011. Even with redesigns and updated models hitting dealerships, the Honda Accord has held onto its reliability, proving to be an affordable vehicle that last for decades on the road.

And there’s a lot to love when you’re behind the wheel of the Accord. While plenty of other automakers have eliminated sedans from their lineup, Honda is only improving the Accord. This mid-sized sedan packs options like turbocharged engines, a hybrid powertrain, and updated safety features for an enjoyable ride.

Since its release, the Toyota Prius has changed the auto market and become a standout vehicle. And although it’s undergone plenty of changes over the years, there’s one area in which the Prius never slacks: reliability. This groundbreaking hybrid has ranked among the most reliable cars for a number of years now, and its latest iterations are reported to be just as reliable and road ready.

Drivers are drawn to the Toyota Prius for its stellar fuel economy – with a rating of 52 mpg overall, it’s one of the most efficient cars that doesn’t rely solely on electricity. Responsive and comfortable to drive, the Prius is as capable as it is reliable and efficient. You’ll be sure to save both on the pump and at the repair shop as this hybrid car can keep running for years and years with few issues.

While plenty of the most reliable cars available today are compact or mid-sized sedans, SUVs can be just as reliable and reputable – especially if you choose the Lexus GX. Cars.com reports that this luxury SUV is one of the most reliable in its class, and owner surveys have shown that drivers find this vehicle to be highly reliable.

Though the Lexus GX isn’t the most exciting SUV, it’s surprisingly become one of the best on the road. While it previously experienced problems with reliability, the latest iterations of the GX have proven to be stable, consistent, and unproblematic, all of which are great signs for owners. So, on top of enjoying luxurious details inside the car’s cabin and as the driver behind the wheel, owners of the Lexus GX can also rest easy when it comes to years-long ownership.

As newer versions of the Leaf have been released, Nissan has kept reliability at the forefront. The latest iteration of the Leaf is reported to have above-average predicted reliability, and its innovative electric design comes with few issues. With a driving range of 140 miles, a strong motor, and quick acceleration, you’ll be able to travel up to 226 miles on a single charge.

If there’s a reliable car to consider, it’s the Mazda3. Though it seems like a simple sedan, the Mazda3 is one of the most reliable cars available right now – in fact, it’s scored near perfect in reliability. And that shouldn’t be any surprise: the Mazda3 has maintained that awesome reliability score for an entire decade, CheatSheet reports.

Despite introducing two generations and some serious redesigns, the Mazda3 hasn’t wavered in its reliability. Since 2010, this sedan has scored high in engine, transmission, brakes, and power equipment, ensuring nothing crucial will prove problematic or fail on the road. And while it’s sure to keep you on the road for years to come, the Mazda3 is also just plain fun. This sedan is quick, capable, and effortless to drive with responsive handling and updated safety features. 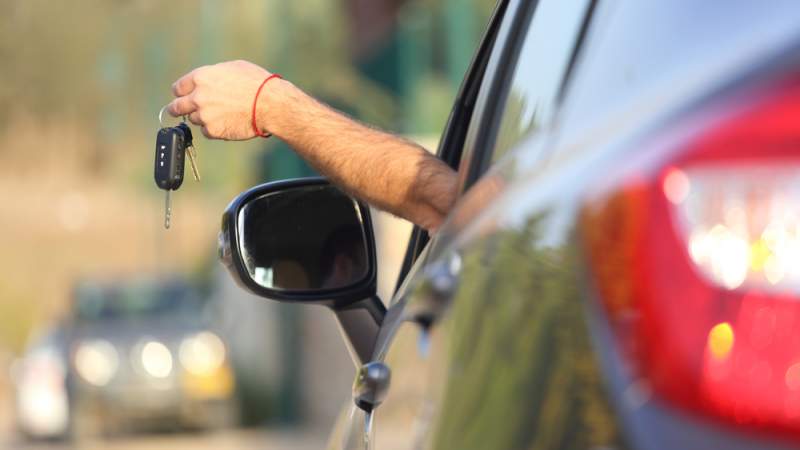