The Most Expensive Ferrari Ever Made Just Got Even More Valuable

About a year ago, this 1962 Ferrari 250 GTO smashed a historic record by becoming the most expensive car ever sold. The transaction happened at a Sotheby’s auction in August 2018, where the iconic Italian sports car fetched a staggering $48.4 million. It was bought by an anonymous buyer. This week the car gained even more value, from an unexpected source.

According to The Telegraph, a commercial tribunal in Bologna, Italy, has officially declared the vehicle a “work of art.” That’s right, Ferrari went through the process of having the Italian courts declare this masterpiece more than simply a valuable classic car. The new designation isn’t just a marketing gimmick, though. It has real world implications. In this case, Ferrari is attempting to put a stop to a company who was planning to produce and sell replicas of the 250 GTO.

Ferrari lodged a petition to have the design and intellectual property rights of the classic car officially recognized. The court ruled that “the customization of the car’s lines and its aesthetic elements have made the 250 GTO unique, a true automobile icon. “The car’s “artistic merits” had been recognized by “numerous awards and official testaments.” The production, commercialization and promotion of the model belonged solely to Ferrari, the tribunal said.

Knock-off replicas of famous cars aren’t a new business — you can already get replica Shelby Cobras, Lamborghinis, Jaguars, and other high end models. However, Ferrari isn’t tolerating it with the 250 GTO. The new designation makes it illegal to reproduce the 250 GTO and sell it, the same way that painting a copycat version of the Mona Lisa and trying to sell it as such is already illegal.

Only 36 of the 250 GTOs were ever made, and this particular car is one of only four that were upgraded by Scaglietti. It’s also one of only seven to have a more aggressive coachbuilt body, which includes “bodywork [that is] lower, wider, and shorter, with a more aerodynamic, steeply raked windshield, larger tires, wider track, and the engine sitting lower, all with the aim of improving handling and balance,” according to the 2018 auction listing.

This particular car has a rich racing history, actually competing in 20 different races after being built. It was even driven by famous American racer Phil Hill in 1962, and won multiple races in 1962 and 1963.

We should note that when we say “most expensive Ferrari ever” in the headline, we are referring to it being sold via an open auction. Technically, other rare 250 GTOs have sold for as much as $70 million and $52 million in private sales between collectors. But we couldn’t fit all that detail into a single headline. 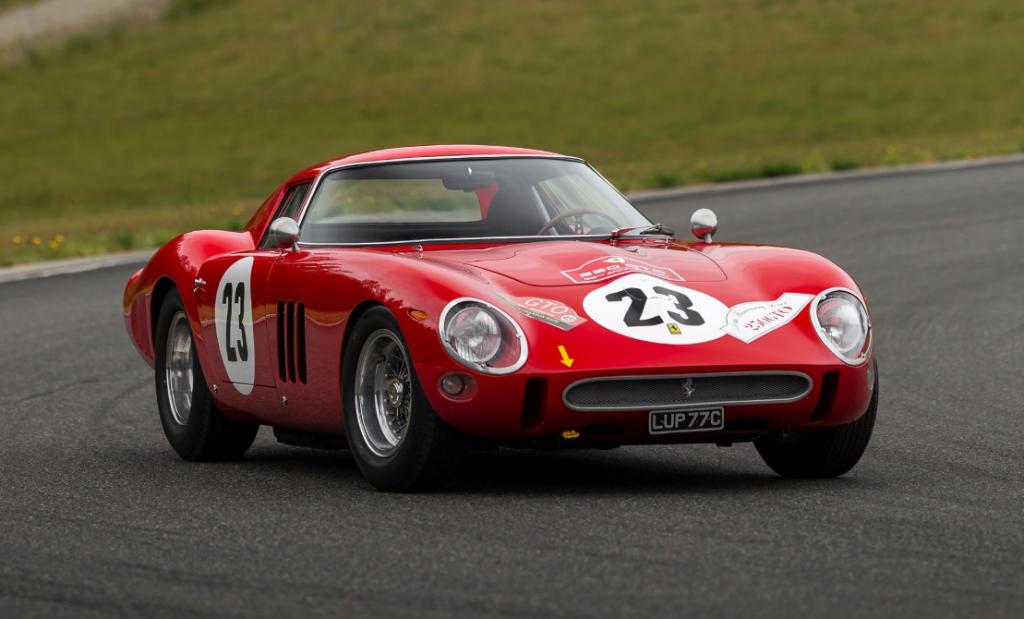