The Most Expensive Car Repairs

Nothing blows a budget faster than a car repair. Getting items fixed or replaced on any make or model of car is expensive and can set people back financially. Unless a part is under warranty, motorists are forced to shell out big bucks themselves to keep their car running properly and safely. And some car repairs are more expensive than others. It helps to know what you can expect to pay should you encounter problems with any of the parts on your vehicle. Here are the 10 most expensive car repairs—ranked from least expensive to most expensive.

Air conditioning is essential in the summer months. Anyone who has had the air conditioner in their car fail in July or August knows that this can be a serious problem. And, more often than not, a broken air compressor is to blame for this issue.

An air compressor separates high and low pressure air and allows the gas Freon to cool the car. Rods and valves inside of the compressor tend to break, causing the compressor to stop performing. Or another part within your car, such as an engine belt, may cause a ripple effect that results in a malfunctioning compressor. Either way, it typically costs about $500 to replace an air conditioner compressor. If you have to add more Freon gas to a new compressor that’s installed, it can be even more expensive.

In terms of safety, nothing is more important than the brakes on your car. While new brake pads are comparatively inexpensive, you could end up shelling out big bucks if the brake line that carries needed brake fluid blows or disintegrates. Most brake line repairs cost about $1,000.

Mechanics will almost always push to replace the entire line in the vehicle rather than try to patch or fix a broken line. Unfortunately, this type of repair is absolutely necessary for safety reasons. Nobody can, nor should, drive if the brake line in their car is damaged or not functioning properly.

Motorists who live in a jurisdiction that requires vehicles to be emissions tested most likely have a catalytic converter installed. This device is used to convert the harmful chemicals produced in exhaust fumes into harmless ones that do not damage the environment as much. It is a very noble car component. But it is also an expensive one.

Situated between the engine and the muffler, a catalytic converter is easy for a mechanic to find and replace. However, the part itself is pretty expensive. Expect to pay at least $1,500 for this replacement. Catalytic converters can almost never be repaired when a problem arises. They almost always need to be replaced. However, you can feel good about helping the environment as you shell out money for this particular part.

The saying “blowing a gasket” exists for a reason. It refers to people overheating and steam coming out of their ears. That’s exactly what happens to a car when it blows a head gasket. When a head gasket goes, it sprays coolant and oil, white smoke billows from the engine and exhaust, and the engine quickly overheats. Few things produce more of a mess on a car than a blown head gasket. This is because the head gasket seals the engine cylinders and stops coolant and oil from leaking out.

Despite the mess and drama it produces, a head gasket is a relatively cheap car part. However, the labor involved to replace a head gasket is not cheap. Replacing a head gasket typically costs $2,000—possibly more depending on the damage done to the rest of the car when one blows.

A camshaft is an essential component in any vehicle. It controls how the engine takes in air. Over time, the camshaft can become quite dirty and get plugged up with dirt and debris. If not cleaned regularly through oil changes and valve cleanings, a camshaft will eventually break and the cost to replace one ranges from $1,500 to $3,000. Not cheap.

The high cost is due to the fact that the repair requires a lot of labor. To avoid this expensive repair, people should be sure to keep up with maintenance such as oil changes and tune-ups. If the check engine light on the dashboard comes on, there could be a problem with the camshaft. Don’t ignore this indicator. Get the car checked out before it’s too late.

We rarely notice the suspension on our car. Yet a lot goes into the suspension and it’s an integral part of any vehicle. After all, the suspension is what keeps us from feeling every bump and dip in the road. A proper working suspension system is comprised of the following parts: shocks, struts, springs, control arms and tie rods.

If only one of these parts breaks, it’s not too expensive to repair or replace. But a complete suspension overhaul can be super expensive in terms of parts and labor. Plus you can usually count on a mechanic saying that the whole suspension system needs to be replaced at a cost of about $3,500 — even if only one component breaks. Do yourself a favor and get a second opinion when it comes to your car’s suspension.

There is no question that airbags save lives. In fact, airbags are arguably the greatest safety invention in automotive history. However, once they deploy, airbags almost always have to be replaced. This can be costly. Also, the steering wheel and glove box in a car may also need to be replaced after airbags deploy.

All tallied, people can spend anywhere from $2,500 to as much as $4,000 getting the front seat of their car back in proper working condition after the airbags have deployed. They save lives but really do make a mess of a car. Of course, if your airbags are deployed, it’s probably because you have been in an accident. In that case, new airbags may be the least of your worries.

Transmission problems can stop any car dead in its tracks. Without a proper functioning transmission, the wheels on a vehicle are unable to turn. And replacing the transmission assembly on most cars runs between $4,000 and $5,000. It could cost even more depending on the severity of the problem.

The transmission is a complex system that controls the flow of power from the engine to the driveshaft. It experiences more wear and tear than most other parts of a vehicle due to the heat and friction produced by the many moving and interacting components. Signs that there could be problems with the transmission include the gears slipping, a dragging clutch, a burning smell, or a humming noise when the car is parked. Be alert to these signs, as the sooner you take action to repair a transmission the less it will cost you.

Many of us are dreaming of the day when we no longer have to buy gasoline. We’ll all soon own electric cars, operating on battery power. However, the batteries used in cars, notably hybrid vehicles, are hugely expensive. Replacing one faulty battery in a hybrid car can cost upwards of $6,000. Not cheap!

Any type of rechargeable battery slowly loses its ability to hold a charge over time, including the batteries used in hybrid and electric cars. Almost all batteries on the market today will die before their owner gets 10 years of use out of the vehicle. Replacing this battery also means replacing the computer system for the car, which can quickly add up to $6,000 or more. Green cars have been slow to catch on, mainly because of the massive hidden costs associated with the vehicles — notably the cost to replace the batteries.

“Major engine damage” are words nobody wants to hear. This means that your car is in big trouble. It’s practically kaput. And the worst, and most expensive, type of engine damage involves the vehicle’s cylinders. If the cylinders at the core of the engine breakdown, then the car will not be driveable and you could be on the hook for a repair in the area of $7,000 to $10,000. This is because a mechanic will have to remove the entire engine from the car to replace the cylinders.

The best bet is usually to get a whole new engine installed rather than try to repair the old broken one. Or, better yet, ditch the car entirely and go buy a new one. For $7,000 to $10,000, you can get a pretty decent new car. And beware, the larger and more powerful a vehicle’s engine (such as those in trucks and SUVs), the more expensive they are to repair or replace. 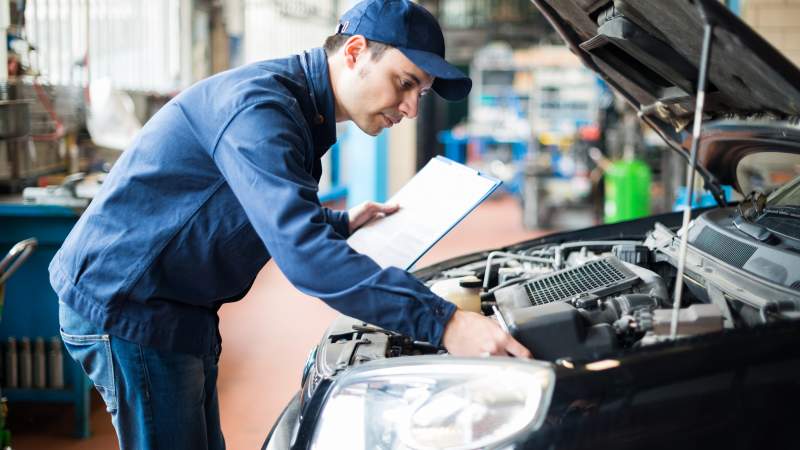