The Cheapest Cars To Own And Operate

Let’s be honest, cars are expensive. Not only do they cost a lot to initially purchase, but they are also expensive in terms of maintenance, repairs, insurance, and fuel. Add it all up, and the driving can prove to be a huge financial sinkhole. The good news is that some cars are cheaper to own and operate than others. While some vehicles are expensive to use as your daily driver, others are much more affordable. Here is a list of some of the cheapest cars to own and operate. We’ve ranked them in different categories, from subcompact cars to SUVs or hybrids.

If you don’t mind driving a small subcompact car, than the Chevrolet Spark is the best one to choose in terms of affordability. This diminutive car costs about $12,000 to buy. It also has excellent fuel economy and has proven to be quite durable and dependable. The maintenance costs for the Spark are kept low by the fact that its parts are relatively cheap and easily replaceable. Since this is a subcompact, don’t expect a lot of room inside. There isn’t a lot of leg room or cargo space in the Spark. Still, comfort is a small price to pay for the money you’ll save driving this car around town.

The Corolla has become synonymous with the Toyota brand, and for good reason. This car has proven to be exceptionally tough and reliable. Many Corollas are still on the road with more than 200,000 miles on them. This subcompact is known for having very few breakdowns. Therefore, it requires very little maintenance. It has also won awards over the years for its safety features and fuel economy.

It’s not surprising that the Corolla has become a popular family car for people across North America. It’s a solid choice if you want to buy an affordable car and still be driving it a decade later. A new model starts at under $20,000. However, a slightly used model that costs a few thousand less is still a smart purchase. If you can find anyone willing to part with their own Corolla, that is.

If you like a sportier vehicle, the Hyundai Veloster Turbo has been rated the most cost effective of the sporty compact cars. It’s a little more expensive to get into one, with a starting price of about $21,000. However, the Veloster Turbo has very low maintenance costs and exceptional fuel economy. It gets about 36 miles per gallon of highway driving.

Available in a hatchback model, this car has style, pep, and is fun and affordable to drive. As a sports model that is popular with younger drivers, the Veloster may cost a bit more to insure though. Owners of this vehicle say it’s a lot of fun to drive. They praise its handling and appearance. Definitely worth a look.

Like the Toyota Corolla, the Accord is the signature car for Honda. This is mainly due to its longevity. Honda has been making the Accord since 1976, adding to its sturdy and dependable reputation. Americans have made the Accord a bestselling car every year since 1989. The reason is that, much like the Corolla, you can buy an Accord and continue driving it for 10 (or more) years.

It’s cheap to operate and low on repair costs,. The Accord has proven to be a fantastic mid-sized family vehicle. The Accord has a starting price of close to $24,000. It may seem higher than others on this list, but it comes with lots of great standard features. Highlights include heated front seats, keyless entry, and 17 inch aluminum alloy wheels. The interior is also roomy and great for parents and kids alike.

If you want a larger car, the full-sized Chevrolet Impala is proving to be very rugged. It offers lower fuel costs than many comparable cars in its class. In general, the Chevrolet line of vehicles have come a long way in recent years in terms of their durability. The days of the stereotypical Chevy clunker constantly breaking down and costing big bucks in repairs seem to be gone.

At a starting price of $25,000, the Impala is one of the more affordable full-sized cars to get into. It has been winning praise for its overall low cost to operate. Insurance, gas, and maintenance costs for this car are all relatively low. That makes it an attractive option if you want plenty of leg room and trunk space in an affordable full-sized car.

Buick has been working hard to change its image in recent years. Long known as an “old man’s car,” Buick modern line of vehicles is aiming to be more upscale. They want to compete in the luxury car space. Buick’s entry-level luxury car is the Verano. It’s a small luxury sedan that boasts features like a leather interior, a remote climate controller, an exceptionally quiet interior (thanks to thick glass windows), hands-free calling, and a rear view camera to help with backing up and parking.

The Verano is also one of the cheapest luxury cars to own and operate. Its 180 horse power, 2.4 liter engine produces excellent fuel economy when driving in both the city and on highways. Safety features that include 10 airbags and anti-lock brakes also make this a smart purchase. The starting price is under $25,000, which is low for a luxury class car.

For a full luxury vehicle, the Audi A5 gets top marks in terms of affordability. Make no mistake, this is a legitimate luxury car and it’s priced like one. The starting sticker price is just under $40,000. The good news is that you won’t encounter a lot of needed repairs or maintenance with the A5. It’s known to be sturdy as a rock.

The A5 comes with luxury features like all-wheel drive and a turbocharged, direct-injected 2.0 liter engine. That powerplant produces 220 horsepower, and gets 22 miles per gallon in the city and 32 miles per gallon on the highway. That’s affordable, in terms of fuel economy.

Leather upholstery, a panoramic sunroof, automatic climate control, a ten-speaker sound system, heated headlamp washers, LED turn signals, fog lights, Bluetooth connectivity, and a garage door opener all come standard as well. Again, this car is for drivers who don’t mind spending a bit more money upfront to get a luxury vehicle they can rely on.

If you are in the market for a high-end luxury vehicle, the most cost effective option (relatively speaking, of course) is the Lexus LS. The starting price of $72,000 is going to put this car out of reach for some people. However, as far as high end luxury cars go, the LS gets top marks for having among the lowest insurance costs, fewest breakdowns, and solid fuel economy.

The LS also looks terrific. It’s a full-sized sedan with plenty of room. It comes with neat features like four zone climate control, stadium quality surround sound, and a built-in entertainment system that is second to none in the car industry. It’s also available in a hybrid model, for further fuel savings. The Lexus LS is an affordable super expensive car.

If a sports car is more your style, there’s no beating the Ford Mustang. Not only is the Mustang a classic muscle car, it’s also one of the cheapest sports cars to buy, own, and operate. The cost of a new Mustang starts at around $25,000. That gives it one of the lowest price points in the sports car category.

The Mustang is basically an affordable sports car that doesn’t look cheap at all. They are also known for being extremely tough in all weather conditions. They have a reputation for rarely breaking down or costing their owners extra money in terms of major repairs. With plenty of nostalgia and visual appeal, the Mustang is the choice for anyone who wants to impress their friends and family while also saving a few bucks over the life of the vehicle. Fun to drive and economical to operate, it’s hard to beat the Ford Mustang.

If you want a high-performance sports car that has a racing edge to it, there is no better (or more affordable) option than the Chevrolet Camaro. Another classic sports car, the Camaro has a storied reputation, much like the Mustang. It’s also one of the more affordable sports cars to own.

The starting price of about $25,000 is comparable to the Mustang, but the Camaro is just as durable and trustworthy. It also has a more powerful engine, with either a V6 or V8 under the hood. Great fuel economy, quality craftsmanship, and cheap parts have landed this car on numerous “best buy” lists. Not bad for a car that can go from 0-60 miles per hour in four seconds flat. Speed, style and affordability all in one. How can you go wrong?

In the SUV category, the Ford Explorer continues to be the most cost efficient choice. With a starting cost for a new model hovering around $26,000, it remains one of the cheapest SUVs on the market. It also gets a best in class 20 miles per gallon driving in the city, and 29 miles per gallon on the highway. It’s known for having very low maintenance costs.

Rugged and tough, you can take the Escape off-road in almost any environment. It comes with a great warranty and many luxury interior features, like leather seats. A vehicle with a long history and strong reputation, the Ford Explorer is the SUV for people who keep an eye on their wallet.

Finally, if you’re in the market for an ecologically responsible hybrid vehicle that runs on a combination of electricity and gasoline, the Toyota Prius is the most economical choice. With a starting price of under $25,000, the Prius is one of the most affordable hybrid cars on the market. As one of the earliest hybrid cars, Toyota has also had a lot of time to improve the Prius. It really shows in the latest model.

The car has been winning praise (and awards) for its fuel economy, as it gets 52 miles per gallon in city and 58 miles per gallon on the highways. The much improved suspension and tires have also led to cost efficiencies that save drivers big bucks. The Prius continues to retain its signature, aerodynamic shape that many people have grown to respect and appreciate. For people in the market for a hybrid car, the Toyota Prius continues to be the choice for style and affordability. 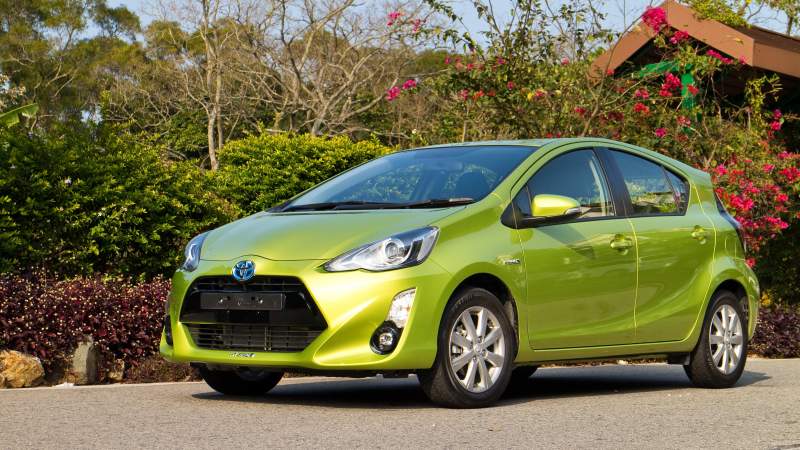