The Biggest Problem With Autonomous Driving (And How to Solve It)

Unfortunately for Elon Musk and Mary Barra, the biggest problem preventing full autonomous driving is not one they can solve. While Tesla and GM have made great strides in autonomous car development, neither can change the fact that American roads are just not designed for autonomous cars. In fact, no automaker is going to be able to tackle that by themselves. This point was made indirectly by Jalopnik’s Jason Torchinsky, who proposed adding sensors to highway shoulders. They would enable self-driving cars to safely guide themselves off the highway in he event of a hardware or software failure.

Torchinsky correctly argues that in its current state, autopilot technology is not fully autonomous. The cameras and radar that power it are susceptible to damage from debris. Or malfunctions due to poor weather and road conditions. Humans still need to step in when the tech fails. Unfortunately, the big question is whether they will react in time. After all, self-driving technology is inherently designed to enable drivers to pay less attention to the road.

To Torchinsky, the solution is to keep humans out of the equation entirely. That can be done by building new highway infrastructure that communicates directly with self-driving cars. His solution is simplistic and seems easy to implement, but it doesn’t go far enough. For automakers to reach full autonomy, referred to as level five on the Society of Automotive Engineers 0-5 scale, they’ll have to work with the government to entirely reimagine roads and highways.

Getting the Government to Act

This is easily the biggest challenge facing automakers. It will be what continues to hold up fully self-driving cars from taking the road. Technology companies have long complained that the government can’t keep up with the “speed of innovation.” While that’s often code for “we don’t want to be regulated,” they do have a point here.

The federal government doesn’t actually have any authority over whether autonomous cars can be tested on public roads and highways. That’s a state issue. As you probably guessed, every state approaches it differently. The feds do deal with design, though. As such, they’d have to approve the sale of any self-driving car with no steering wheel, for example.

While the feds are happy to let the states figure out how today’s semi-autonomous cars are tested and regulated, their end goal is to have the U.S. be a leader in autonomous vehicle tech. In order for that to happen, the federal government will have to take a more active role in the development of autonomous car infrastructure. They can actually afford to do this, since one quarter of all spending on public roads and highways comes from the federally administered Highway Trust Fund. If the Feds really want to see more autonomous vehicles on the road, it’ll have to become more actively involved with their development. That means providing the infrastructure improvements these cars need to safely operate.

The Trouble With Transitioning

Futurists love to talk of a world where all cars communicate with each other. In this scenario, cars are constantly sending data back and forth about their speed, braking, and merging. There will be no surprises, since every car knows exactly what the others intend to do. In this scenario, there will be no drivers — only passengers. Sadly for automakers, the technology and telecommunication infrastructure needed to make this driverless utopia a reality just doesn’t yet exist. Even if it did, not every car on the road would be piloted by software. There are still millions of traditional “dumb” cars on the roads. They won’t fully disappear for decades. That presents a problem that technology can’t solve.

While being able to nap, play video games, or do work during a commute sounds like a dream come true, some people will still want to drive. It’s highly unlikely that everyone, or even a majority of the population, will be able to afford the first wave of fully self-driving cars. This means that self-driving cars will have to share the road with human drivers.  We all know humans are prone to error. Plus the tech itself could malfunction due to damage or bugs in the software. The best solution is to reimagine roads entirely. That would mean specific roads or lanes reserved strictly for autonomous vehicles.

This may not necessarily involve building new highways and streets. Instead, it could entail restricting self-driving cars to the right lane on surface streets and highways — the latter of which is an idea from Torchinsky’s Jalopnik piece. Sensors will have to be installed on streets and highways. They will facilitate communication between cars and infrastructure so that traffic can be dynamically managed. Roads will also need to be kept in tip-top shape, since self-driving cars use lane markings to center themselves. At the local level, cities will need to redesign roads to have more loading zones and fewer parking spaces. All of this is required for autonomous vehicles to reach their full potential. Unfortunately, none of it can be done by automakers alone.

Where Are We Today and What Needs to Happen Next

At the moment, the federal government seems content to let more semi-autonomous cars on the road as long autopilot is merely an optional feature. It’s not the primary means of control for any vehicle yet. Really, it’s easy to see legislators holding this line until automakers force their hand. It’s a clash that could play out sooner rather than later. Both Tesla and GM continue to make strides with their autonomous driving tech. The former is promising “autosteer on city streets” sometime in 2021. Meanwhile, the latter’s “Super Cruise” technology is  receiving rave reviews from the media.

Of course, automakers can develop all the technology they want. They can pack cars to the gills with sensors, radars, and cameras. That won’t change the fact that autonomous driving requires substantial investment from the government in order to fully take off. The interest appears to be there, but the political will and money is lacking. That’s not even considering the political infighting that is bound to happen — should governments adopt Tesla’s proposed solution? Or maybe GMs? Or will another major brand offer their own proprietary tech solutions?

Automakers could force the government’s hand, here, by designing a purpose-built autonomous car without a steering wheel. If that were to happen, it means the government would still be moving too slowly.

Rather than wait, the government should act now. It should work closely with automakers and telecom companies to invent and install the technological infrastructure necessary to make full self-driving a reality. In fact, it should take the lead on these issues. That would prevent, for example, California from installing Tesla-made infrastructure while Detroit installs GM tech on their roads. The competing formats could derail the whole self-driving revolution before it even starts.

Moving quickly (and with an eye to the future) will ensure that cities and states aren’t forced to play catch-up once automakers have perfected their self-driving tech. Instead of waiting to react only after the AV vehicles have been sold, governments should start the process now to ensure that automakers can all work towards a shared goal. 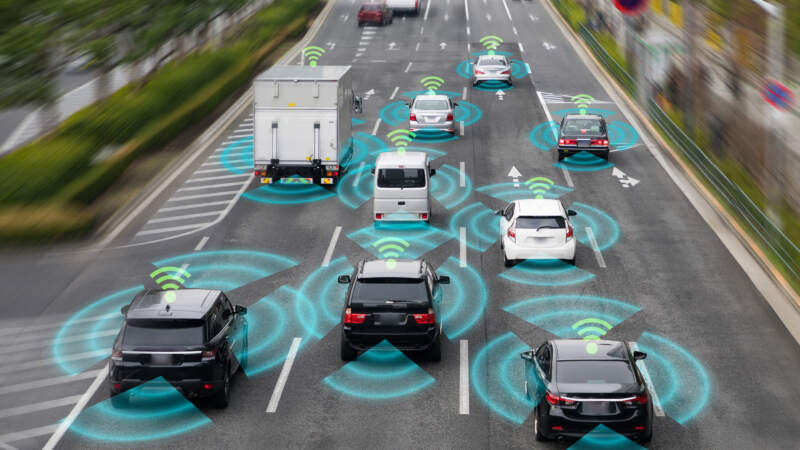