The Best Hybrid Vehicles Of 2020

Hybrid vehicles are increasingly popular with consumers. The greener combination of a gas engine and battery powered motor(s) are better for both the environment and saving you money at the fuel pumps. According to a recent report by market research firm Research and Markets, the global hybrid vehicle market is forecast to register a compound annual growth rate of a 10.23% over the next five years.

The Lexus ES 300h is riding high following a complete redesign last year. The newest version is an impressive hybrid, combining state-of-the-art technology, comfort, and decent fuel economy. The ES 300h gets 44 miles per gallon when driven in the city and on highways. It also offers what is widely expected from any Lexus. That is, a luxurious interior and a quiet, responsive ride. While he ES 300h isn’t the quickest car in its class, it nevertheless performs admirably in both the gas and electric modes. Some critics have complained about the infotainment system being “cumbersome” but that is a small quibble when compared to this car’s many virtues.

The Honda Accord remains one of the most popular midsize sedans. It has been a perennial bestseller for more than 40 years now. The engineers at Honda have made sure to retain what everyone loves about the Accord as they have adapt it to a hybrid model.

The Accord hybrid offers ample passenger space and a high-quality interior. It also has the latest technology bells and whistles. If that isn’t enough, the Accord hybrid also returns excellent gas mileage, accelerates nicely, and has earned a reputation for being a quiet and smooth ride. As a bonus, the Accord is also one of the more affordable hybrid cars on this list, starting at $26,400. It provides a strong 48 MPG mileage of combined city and highway driving. Pretty impressive, indeed.

Outdoing the Honda Accord slightly on both price and mileage is the Hyundai Ioniq Plug-In Hybrid. Hyundai has designed the Ioniq to be either a traditional hybrid, plug-in hybrid, or a pure electric vehicle. In terms of feel and performance, the hybrid Ioniq performs like a traditional sedan — and has styling to boot. You’d be forgiven if you forgot that you were even driving a hybrid at all.

Of course, you won’t forget when you’re at the gas pumps. The Ioniq delivers up to 50 MPG on average. The affordable starting price of $24,155 also makes the Ioniq an attractive option if you’re trying to go green on a budget. This hybrid has ended up on numerous “best of” lists around the world — including ours.

The Toyota Camry is another car that is a consistent bestseller the world over. The hybrid model is espexially appealing, for a number of reasons. In its super-efficient LE trim, the Camry Hybrid returns excellent fuel economy for a midsize hybrid sedan — 52 MPG. It remains as smooth and easy-to-drive as ever.

The Camry Hybrid also happens to accelerate faster than the standard four-cylinder Camry, which is impressive. While some critics have taken issue with what they refer to as a “clunky infotainment system,” and the brakes have been described as “jerky,” we think that the Toyota Camry nevertheless provides great value for money at a starting price of $29,205.

Like other cars on this list, the Kia Niro is available in hybrid, plug-in hybrid, or pure electric modes. The hybrid version is perfect if you want huge mileage numbers and an affordable purchase price. The Kia Niro costs only $24,000 for the baseline model and gives owners 52 MPG of combined city and highway driving.

Really, that combination of price and fuel economy is hard to match. Plenty of drivers also love that the Kia Niro is an SUV rather than a traditional sedan. This vehicle is ideal if you’re looking for an affordable SUV to commute to-and-from the work in and shuttle the kids around town.

Honda resurrected the Insight in 2019. Since its return, it has proven to be a top-rated hybrid car worldwide. The Insight has earned high praise for its styling and comfortable cabin, as well as having super fast acceleration. But its real selling points are the starting price of $23,860 and fuel economy figures — 52 MPG on average. Factor in plenty of space for passengers and standard safety features galore, and it’s not hard to see why the Insight has landed at number three on this list.

Ah, the Chevy Volt. It was one of the first hybrid and pure electric vehicles to be marketed to the masses. Despite its age, it remains impressive in 2020. This hatchback scores big for having a superior infotainment system, a large trunk, and being a smooth, quiet drive. But the Volt’s primary feature is its 53 MPG mileage, as well as its electric-only range that surpasses 50 miles.

One negative is that it’s not quite as efficient in gas-electric hybrid mode as some of its competitors. Another is the fact that it is a little more expensive at $34,395. But if you can keep the Volt charged, you can cover many trips to work and back without using any gas at all. Cha-ching! The Volt is a great option if you’re considering switching to a pure electric car but who aren’t quite ready to make the leap.

As with the Volt, the Toyota Prius is both a classic hybrid and pure electric car. In fact, the Prius was the very first hybrid car ever sold. Toyota has spent the last 20 years working to perfect this hybrid mainstay. Today, the Prius remains the very best hybrid car you can buy. It’s affordable at $25,155 and offers the very best fuel economy at 56 MPG combined.

The latest Prius also has plenty of cargo and passenger space and is extremely easy to drive. You can also get the 2020 Prius in all-wheel drive. The newest version has been called the “most responsive Prius yet” in multiple reviews. When you combine practicality, fuel economy, price, and performance, there’s no beating the Toyota Prius. It is the best hybrid car you can buy today. 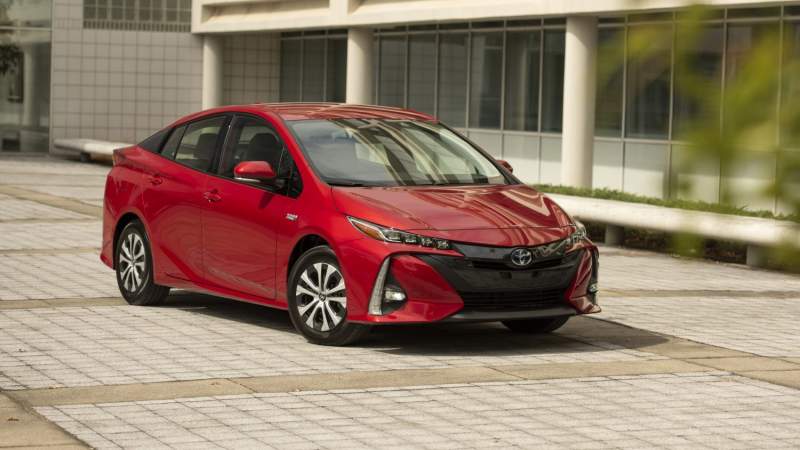