The average price of a car in North America is about $36,000. That’s a big chunk of change for a car, and many people spend considerably more on their ride. However, there are plenty of very good cars that can be purchased for well under $30,000. And we’re talking about new cars for less than $30,000. Many of these more affordable automobiles offer style, comfort and power. Just because you don’t break the bank on your car doesn’t mean you’re not driving a quality vehicle. Here’s a list of the 10 best cars you can buy for well under $30,000.

Ford has come a long way in the last decade and today is an innovative car company that produces quality vehicles. They have a number of neat features on their cars, including parking assist, a foot activated trunk opener and built-in GPS. And many of their vehicles provide powerful speeds, torque and superior handling.

This is certainly true of the peppy Ford Focus, which is a great car that is affordable at a base price of $23,000. Also available in a hatchback model, the Focus is a compact car with a big engine, providing 252 horsepower. This is a great car for commuting or getting around the city. With so many impressive features in the standard package, it is hard not to love the Focus.

Like the Ford Focus, the Chevy Sonic is a small car that packs power and is actually fun to drive. A new Sonic can be had for about $16,700. With fold down backseats, 4G LTE WiFi included as standard, and award winning safety features that include 10 airbags, it is easy to see why automotive critics have been singing the praises of the Sonic.

The Sonic is also available in a racing package for under $20,000. This peppy version includes a 1.4-liter turbocharged engine, six-speed manual transmission, aluminum sport pedals, and lower suspension. This is one car that has some kick to it. Plus, it has cool technology like forward collision alert, lane departure warning, and rear vision camera. Definitely worth a look.

People who are in the market for a car that is a bit sportier should consider the Scion FRS (soon to become the Toyota 86). This car delivers exceptional handling and a sports car feel for only about $27,000. While some critics have knocked the car for lacking the power of its competitors, it nonetheless delivers smooth acceleration and nimble handling for a great ride.

A rear view camera, seven inch touchscreen console, and tricked out audio system are all standard in the FRS. The car gets 30 miles per gallon when driven on the highway, which is above average for its class. Add in a sleek interior equipped with racing style seats, and you’ll be hard-pressed not to fall in love with this sporty little car.

For cars whose prices start under $30,000, it is difficult to beat the Mazda 3. Rated the number one hatchback for 2016 by U.S. News magazine, the Mazda 3 delivers on performance, style, and fuel economy. The redesigned dashboard has been winning praise from people, as have standard components such as a rear view camera, Bluetooth, push-button start, a USB port, cruise control, high definition radio, smartphone app integration, and the “Mazda Connect” infotainment system that comes with a seven inch touch screen.

It gets 41 mpg when driving on a highway, which is better than most competing cars. The cargo room in the hatchback version of the Mazda 3 is superior to all other cars in this class. This all adds up to the Mazda 3 being a great and affordable option.

For a truly compact car that boasts the best of European engineering, look no further than the Fiat 500. This fun little ride can be bought for $18,500. Available in several different editions, including a sport package and throwback 1957 edition, the Fiat 500 offers some pep and power while fitting just about anywhere you’d want to take it. It is a perfect car for big city driving.

Standard features include rear spoilers, tinted windows, power locks and windows, and smatterings of chrome on the outside, including the door handles. The chrome gives the Fiat 500 a stylish appearance to match its handling and torque. A dash of Italy, this car is praised as one of the top economical, two-seater cars on the market today. The Fiat 500, despite it’s small size, still has ample room in the front for two people — a driver and passenger.

The definitive compact car since it first appeared in 1972, the Honda Civic continues to be a popular choice for North American motorists who value practicality and price. Recently named the 2016 North American Car of the Year, a basic model sedan version Honda Civic can be had for about $20,000. It includes standard features that everyone loves like LED lights, adaptive cruise control, as well as controlled braking and a kick ass entertainment system.

Civics are also notoriously reliable vehicles. Many of them still on the road with more than 200,000 miles driven. No wonder more than seven million Civics have been sold in the U.S. to date. The hybrid and sporty Type R version of this car are also incredibly popular. Any way you look at it, the Civic is a good deal.

If German engineering is your thing, check out the Volkswagen Golf. This hatchback continues to impress with its latest 2016 model, which sells for a base price of $21,000. Rapid acceleration, fantastic cargo space, and a stylish interior that boasts a number of high-tech components put the Golf in a class of its own. With seating for five people, and available in a two- or four-door hatchback version, the VW Golf kicks butt.

It comes standard with a turbocharged four-cylinder engine and also in a five-speed manual transmission. It has decent fuel economy too. With 52.7 cubic feet of overall cargo room, the Golf has one of the largest cargo capacities of any car in this class. A five-inch touchscreen audio system, Bluetooth, and USB port are impressive standard features. With a cost of less than $20,000 it is easy to justify this purchase.

It just makes the cut on this list at $27,000. However, if you keep the optional upgrades to a minimum, you can purchase a Subaru WRX for less than $30,000. That’s a pretty good price for an all-wheel drive sports car that has nearly 270 horsepower under the hood. Nicknamed an “Imprezza on steroids,” the WRX has a cool look with its hood scoop, flared fenders and a hot rod engine under the hood.

That engine is equally impressive, and the high-performance turbocharged 2.5-liter four-cylinder engine delivers a kick. The suspension and six-speed manual transmission have won over critics. Standard features include a multi-function LCD lit dashboard that looks truly futuristic, as well as performance designed racing seats, and a leather wrapped steering wheel to give drivers that true racing car feeling.

For families, there is no better value for money than the nuts and bolts minivan that is the Dodge Grand Caravan. Well-equipped, and with seating for eight people starting at $24,000, it is easy to see why parents love this vehicle. While other minivans on the market today, including the Toyota Sienna and Honda Odyssey, sell for north of $30,000, Dodge has done well to keep the price of their flagship vehicle under that mark.

With family-friendly features available such as a DVD player, satellite radio, and plenty of cup holders, this truly is the perfect family van — whether for cruising around the city or taking long road trips. Kids have the room they need and entertainment options they crave, while mom and dad enjoy peace and quiet when shuttling their tribe around to various activities. Stow-and-go seating make the Dodge Grand Caravan great for buying groceries or lugging equipment to Little League games and football practices. Minivans may not be cool, but for $24,000, the Dodge Grand Caravan is worth its weight in gold.

Known within Toyota as their “world car,” the Camry is one of the very best selling cars on the planet. And for good reason. It’s hard to top this vehicle’s functionality, durability, and price. A truly reliable car, the Camry is one of the longest lasting cars in automotive history. In fact, many of them still on the road after 10 years. It’s this longevity that has largely made the Camry popular with price conscious car buyers.

New Camry models also come with many upgrades as standard features, including leather, GPS, and satellite radio. These features further entice people to choose the Camry when shopping for a car. Upgrades can push the price for a new Camry north of $30,000, so be careful. However, with so many fantastic standard features, it’s easy to keep the price down. 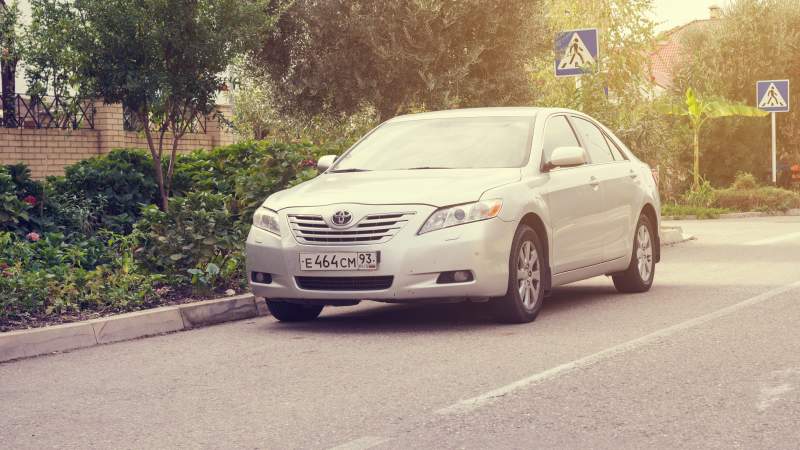