Honda, like Toyota, has positioned itself well as an affordable car manufacturer that offers the masses a capable vehicle that checks off the most popular boxes. With a strong lineup from compact and full-size sedans to durable SUVs, Honda has just recently introduced its first truck model, the Ridgeline. With a hard-to-beat combination, Honda continues to lead the pack.

The 2018 Honda CR-V is the Pilot’s smaller companion. With a seating capacity of five, the CR-V might just be the small-but-mighty SUV you’re looking for. Let’s take a closer look.

Kelley Blue Book ranks the 2018 CR-V fourth in horsepower, behind the Jeep Wrangler, Volkswagen Tiguan, and Mazda CX-5. However, according to KBB, the 2018 CR-V can only tow up to 1500 pounds.

Honda’s 2018 CR-V can be purchased in the following colors:

According to Consumer Reports, this gives the 2018 CR-V the best in-class fuel economy for a non-hybrid powertrain. Kelley Blue Book, however, ranks the 2018 CR-V 10th in fuel efficiency, with the Buick Encore, Hyundai Kiona, and Mazda CX-3 taking the top three spots. Most manufacturers are (or should be) considering hybrid models at this point in the game, but not a lot of models are equipped quite yet. The Toyota Highlander is one of the few hybrid models that has been on the market for some time. 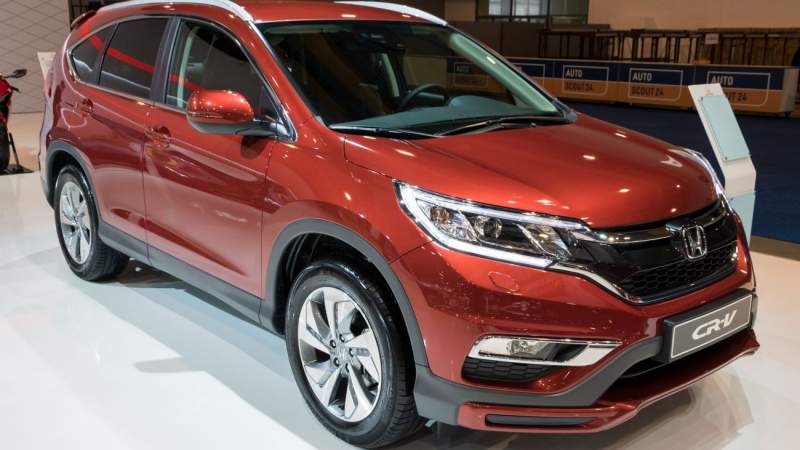 The National Highway Traffic Safety Administration (NHTSA) gives the 2018 Honda CR-V five stars in every test except for the rollover rating, where it earned a four. This is to be expected, as SUVs in general are more likely to roll over, due to their higher center of gravity, compared to your typical sedan.

The IIHS rated the 2018 CR-V “Good” in all tests. J.D. Power and Associates rated the CR-V anywhere from 2.5 to four in its various tests, with the lowest rankings occurring in overall quality, and body and interior. However, the CR-V did well in mechanical tests.

LX models are equipped with the 2.4L four-cylinder engine, paired to a CVT with Sport Mode. Available in either FWD or AWD, the LX model also includes LED daytime running lights, 17-inch wheels, Bluetooth, and a multi-angle rearview camera.

EX-L models are equipped with leather seats, a power tailgate, an eight-speaker system, an available navigation system, an auto-dimming rearview mirror, and features listed for the EX model.

The Touring model is the highest trim level. With LED headlights with auto on/off, rain-sensing windshield wipers, and roof rails, it’s easy to see that this model pulls out all the stops, at least for Honda. A nine-speaker sound system and dual chrome exhaust finishers completes this package.

Consumer Reports and Edmunds experts both recommend the EX model, as it is the best balance between luxury and affordability. Everything from the EX model up comes standard with automatic emergency braking and blind-spot warning, two safety technology options that will prove useful on the road. Kelley Blue Book also praises the standard safety features on EX models and those above.

The 2018 Honda CR-V has received quite a few awards, from U.S. News’ 2018 Best Compact SUV for the Money and Kelley Blue Book’s 2018 Best Buy: Small SUV/Crossover, to MotorTrend’s 2018 SUV of the Year. Edmunds also recognized the 2018 CR-V as one of their Best Family SUVs and Best Small SUV for the year.

While Consumer Reports and Edmunds had good things to say about the 2018 Honda CR-V, Kelley Blue Book truly puts things into perspective. Noting that it has more room than the Toyota Rav4 and more power than the Nissan Rogue, KBB experts also mention that it has a better resale value than the Ford Escape. Honda has long been known to create bulletproof automobiles that will last for generations (if taken care of properly), but they do lack a bit in the styling department. KBB experts also note that the Escape does have better handling, however, and that the Rav4 has better standard equipment.

Truly, it really depends on what you’re looking for in your SUV. The CR-V doesn’t have a high towing capacity, so you’re better off buying an SUV with that at the top of your priority list or purchasing a truck. The CR-V doesn’t have the cabin room or seating capacity that the Pilot does, but it will do all the things that a Subaru Crosstrek, Nissan Juke or Rogue, Mazda CX-5, or many of the Jeep models can do. Interior materials are sturdy, but again, styling is not a huge factor in the Honda formula. While the exterior of their models certainly has gotten more stylized over the years, they still won’t necessarily catch your eye.

Heavy-hitters in the stylish, capable, and comfy category include such models as the Audi triplets (the Q3, Q5, and Q7), Jaguar’s F-Pace, multiple Mercedes-Benz classes, BMW’s X3 and X5, and the Range Rover Evoque. All the same, the price tag for those models climbs near twice and three times what you’d pay for the CR-V.

The 2018 Honda CR-V might not be the sexiest car on the block, but when it comes time to gas your SUV up or stand up to a beating from your kids, Honda’s got your back. Check out the new CR-V and see for yourself why Honda does so well. 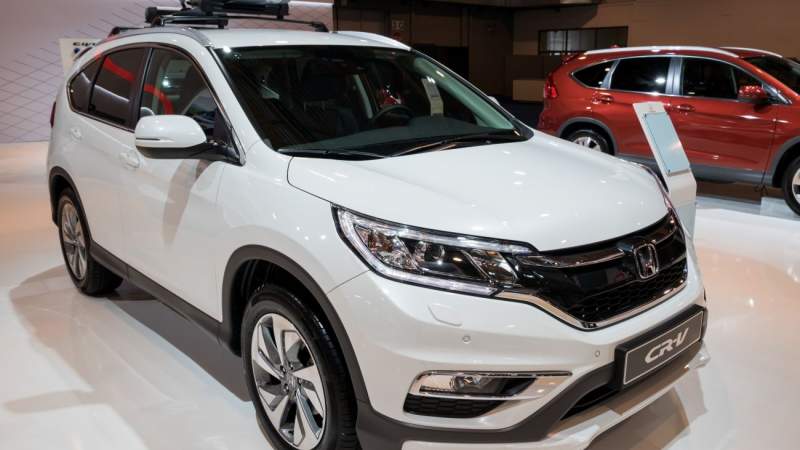