The 10 New Cars Least Likely to be Stolen

The commotion of a car alarm blaring is more annoying than it is distressing these days — no one ever thinks “oh, that car is being stolen.” It’s more like “what idiot accidently pressed the panic button trying to unlock his car?” However, if you own any of the vehicles we’ve listed below, chances are you don’t even know what the noise of your car alarm even sounds like. That’s because some vehicles just aren’t stolen as much as others. Whether you attribute it to safety measures, where you live, practicing safe behavior, or a number of other reasons, the models below are some of the least likely to be stolen.

Don’t let the models listed below fool you, though. The safest car is one that you don’t constantly put in danger. Protect yourself and your vehicle by practicing safe behaviors at all times.

Tesla’s Model S enjoys a lot of limelight, especially next to the Model X and Model 3. However, you might find it interesting to know that the Model S isn’t the easiest car to steal. In fact, any car with retractable door handles will deter most thieves, because short of breaking out a window, you’re not going to get inside to the wheel very easily.

We suspect the fact that it’s an electric vehicle also makes thieves pass when it comes between stealing a Model S, versus any gas-powered vehicle. Not only that, but Tesla vehicles are equipped with “always on” technology, meaning that their location can simply be tracked with any smartphone or computer. Why steal a car if you can’t even get it into hiding?

Like the Model S, the Toyota Prius doesn’t top the list of cars most likely to be stolen because of a variety of factors, including the hybrid powertrain. While the silent engine and lack of starter noise could make it a great get-away car, have you ever seen a high-speed chase with a Prius? There’s a reason you haven’t. There aren’t many chop shops that would invest in Prius parts, either. As lucrative as they are for Toyota, the Prius means little in the eyes of a car thief.

Another electric vehicle makes the list: do you see a trend? Unlike the Model S and the Prius, the Leaf hasn’t necessarily enjoyed as much positive popularity since it first debuted. Thieves are generally looking for a vehicle they can depend on to run when they push the pedal, so choosing the Leaf isn’t exactly a smart idea. You can’t hear the engine start and the batteries might be dead at anytime. Trying to steal a Nissan Leaf is probably more trouble than it’s worth for the average car thief. There’s not much joyriding to be done in this small, efficient EV.

Though it might be a great Sunday driver for trips to the beach, the Miata isn’t exactly a prime target for car thieves. First off, not many people fit in a Miata to begin with, since it’s a tiny two-seater coupe. Add to that the fact that most Miatas turn heads even when they’re stock, so they don’t exactly blend in as a getaway car (or even from the spot they are nabbed to their final destination in a shady repair shop). There’s not very much room to put any loot inside either. Base engines aren’t exactly powerhouses and even if they’ve been souped-up, the police would hear you coming a mile away. They also aren’t fast enough to outrun the cops, so really just a bad choice all around for would-be thieves.

Any Mercedes-Benz model can make a bold statement but the GLS 550 is one of the biggest SUVs you can buy, aside from the G 63 AMG 6×6. Equipped with a slew of anti-theft devices, the GLS 550 could simply be too large and bothersome to steal. It’s not something you’d miss going down the road. Typically, most Mercedes owners garage their vehicles (which is possibly also behind a gated driveway), so there’s that added layer of protection as well. Thieves tend to go for easy targets and the Mercedes-Benz GLS 550 just isn’t one, by any stretch of the imagination.

The Lexus ES is available in both gas-powered and hybrid engines and offers a wide array of features the average driver looking for a four-door luxury family sedan would love. However, because it checks most of the mundane boxes thieves aren’t necessarily interested in, it’s often overlooked by kleptomaniacs and other criminals. Since it’s a luxury brand, Lexus places more emphasis on safety and anti-theft features. Plus there just isn’t an overabundance of these models parked around any major city, so they are obviously less targeted than more common models that blend in easier.

Despite the amount of attention paid to how consumers view Buick as a brand, the company probably has less models stolen than any other. The Encore made our list because it’s not necessarily a stand-out model when it comes to looks, power, resale value, or any other feature that would appeal to thieves. Buick outfits the model with modern anti-theft devices aplenty. There’s just not that much draw to stealing an Encore as there would be for other models, of both lower and higher pricing points.

Considering it’s the basic model of the Audi sedan lineup, the A4 is actually equipped with quite a few safety features. Anti-theft devices aside, the vehicle can be finicky when it comes to maintenance and parts cost considerably more than their Volkswagen counterparts. Stealing an Audi A4 would be like kidnapping a princess who requires constant attention.

Though there are plenty of movies depicting bad guys in the back of cargo vans with blacked-out windows, the Ford Transit Connect isn’t necessarily a thief’s first target. These vans are often used for businesses, which doesn’t really appeal to a thief. When the call goes out that a flower-bedecked van has gone missing and you’re the chump driving it away, chances are you’re going to get caught pretty quickly. In short, Transit Connect vans aren’t worth the trouble of defacing in order to resell or chop for quick cash.

It would be pretty silly of BMW to design and manufacture a $60,000 car without adding in a bevy of anti-theft procedures and devices. Add in the assumption that most BMW drivers are extra careful with their expensive ride, including keeping them in a garage or under the watchful eye of surveillance cameras, and you’ve got a recipe for disaster if you’re into joy-riding. The X5 likely isn’t stolen as much because it’s also of German origin. That means there’s a whole different market for their foreign (and often specialized) parts, and it’s just not as large as the black market for more common rides.

The Odds Aren’t Always in Your Favor

Just because you own one of the vehicles listed above doesn’t mean your car will never be stolen. There’s no telling if your car could be the next victim of theft, but remember that personal safety should be your priority. Your ride is insured and can be replaced, but the life of you or a loved one cannot. While it’s always a good idea to take precaution and protect one of the most expensive purchases you’ll ever make, remember that, in the end, it’s just a bunch of metal and plastic It’s definitely not worth getting hurt (or worse) over. 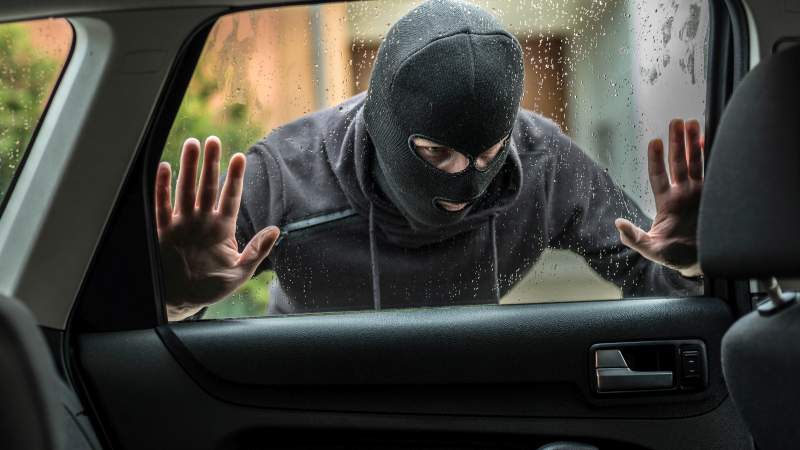