The 10 Most Underrated Cars On The Market Today

While there are a lot of cars on the market today that are overhyped and fail to deliver on their promise, there are an equal number of vehicles that are tragically underrated — cars, trucks, and SUVs that would be loved by their owners, if only people would buy them. Sadly though, many of the best cars on the market today fly under the radar – whether it is because of a lack of marketing, a poorly planned price point, or lack of sex appeal. And it’s too bad, as there are many vehicles out there that people would be happy to own for years of trouble free driving, if only they knew about them. Here is a list of the 10 most underrated cars on the market today. Check them out.

The Mazda 6 has long been an underdog in the automotive world. For a variety of reasons, the Mazda 6 has never gotten the love and respect that it deserves. While Mazda struggles to sell the volume of vehicles that their competitors Honda or Toyota unload, the Mazda 6 is still a worthy car and more than capable of competing against the rival Honda Accord and Toyota Camry sedans.

We could argue that the Mazda 6 is a sexier vehicle. It also has a 184 horsepower, four cylinder engine that provides plenty of punch, and an EPA estimated highway mileage of 35 miles per gallon, which is great for consumers’ wallets. And, of course, this car drives like a true Mazda, meaning it has exceptional handling. As many reviewers have pointed out, the Mazda 6 is a sport sedan disguised as a sensible suburban car.

Speaking of a lack of respect, how about the Chevy Cruze Hatchback, which is woefully underrated? New for 2017, the five-door Chevy Cruze Hatchback has the same front-wheel-drive, four cylinder powered engine as the more traditional Chevrolet Cruze sedan. Except that the Hatchback version appears to be more elegant and refined with its European cut angles.

The cargo hold in the Cruze Hatchback accommodates a massive amount of space and gear. Fold the rear seats down and you’ve got ample room to carry any items you want in this vehicle. Chevy continues to prove with this hatchback that it is the maestro of smart, budget-friendly cars. The only question is: Will the car buying public notice?

The Fiat 500 Abarth is a car in need of some attention. Never mind the small size, this vehicle is a lot of fun to drive. Make no mistake, the Fiat 500 Abarth is a city car that loves to rip and snort its way down country roads too. With the exception of much more expensive sports cars, you’re not going to find an exhaust note that comes close to the sound you get in this Abarth. Not even Fiat’s 124 Spyder sports car sounds as great when the engine is humming as the 500 Abarth.

While this may be a compact car, it’s still capable of producing 160 horsepower from its tiny 1.4-liter engine. The Abarth is like a mini Ferrari on steroids. The manual gearbox isn’t perfect, and the 500 Abarth isn’t designed strictly for off-road driving, but for zipping around the city or tooling around in the country on weekends, this Fiat is criminally fun to drive.

Forget the fact that this car is a Cadillac. In fact, forget everything you know about Cadillacs. Instead, imagine that you’re able to take a Buick Lacrosse sedan and insert a rocket missile onto the back. Because that is essentially what you get when driving the Cadillac CTS-V, which happens to be a 640 horsepower performance monster that is capable of devouring rival BMWs and Mercedes for breakfast.

While that statement might sound like a stretch, it really isn’t. This Cadillac is a true American luxury car, and is absolutely fun to drive whether you’re gunning the engine or simply taking it on a relaxing drive on a Sunday afternoon. The 6.2-liter V8 engine is happy to hum along at polite, legal speeds or tear some asphalt off the road if you want to ignore the limit. Some automotive journalists have taken to calling the Cadillac CTS-V a Corvette with four doors. High praise indeed. Too bad BMW and Mercedes models get all the glory and attention, because this Cadillac is worthy of consideration.

A lot of Volkswagen models are well known – the Jetta, Passat, Beetle, and Tiguan, to name a few. Yet the CC gets nary a glance from consumers. This is disappointing, since the Volkswagen CC has a lot to offer if it was just given an opportunity to show what it can do. In fact, this German engineered sedan is a perfect example of just how good a Volkswagen can be when it doesn’t try to be all things to all people.

In a rush to transform itself into the German equivalent of Japan’s Toyota Motor Company, Volkswagen forgot a lot about what made its affordable range of cars so endearing. The Jetta and Passat became anonymous in design and driving manners. The Golf is still great, but Americans aren’t too fussy about hatchbacks (see the aforementioned Chevy Cruze). The CC is different. It’s a vehicle that has loads of style, enough room for four adults, and that Germanic feel in its driving controls that is used to make VW products exciting and appealing to the working man, who maybe can’t afford a BMW.

Toyota is another car maker that has a number of popular and well-regarded models to its nameplate. The 86 Coupe, however, is not one of them. That’s a shame, as people will miss the 86 Coupe should Toyota decide to discontinue it. The 86 Coupe was developed in cooperation with Subaru, and when it first came out, it arrived under the nameplate Scion FR-S.

With the Scion brand since being jettisoned, the FR-S has been brought back into the Toyota stable in 2017. Many bemoan that the flat four-cylinder engine, created by engineers at Subaru, only produces about 200 horsepower, but this sports coupe has handling that is matched only by the world’s most elite sports cars. Truth be told, the 86 Coupe is like an affordable Porsche Cayman, all the power, handling, and torque — but at half the price.

To be fair, the Mazda Miata does have a special place in the hearts of some people. Just not enough people. We think this is a travesty, as there are very few cars available today that are as much fun to drive as the MX-5 Miata. The lightweight, two-passenger roadster body and taut rear-wheel-drive chassis makes the Miata a real blast to drive. Of course, tall people may have a difficult time folding into the seats, but if you can squeeze in we promise it will be worth the effort.

For people of regular or compact size, the Miata handles like a dream, has a precise manual shifter that shames those found in many of the world’s top exotic sports cars, and it’s inexpensive to buy and maintain. And the Miata is oh-so-cute. Yet it is this cute appearance that leads many people not to take the Miata seriously. Too bad, because the Miata is really good.

Most BMWs are highly respected, although we would argue that a number of Beamers are overhyped. Not the case with the 3 Series Wagon, however. The 3 Series Wagon tends to get left in the dust by glossier BMW sedans and SUV crossovers, which are the top sellers for the German automaker.

What people are missing by overlooking the 3 Series Wagon is a vehicle that has German sports sedan driving manners and looks to spare, along with a cargo hold that is so roomy it puts to shames many other so-called “utility” vehicles. Sure, you don’t have the high center of gravity that you get with an SUV. But what it lacks in size, the 3 Series Wagon more than makes up for in handling and driving performance. Tricked out with all-wheel drive and a diesel engine, and there’s no place the 3 Series Wagon can’t go.

In many ways, the Ford Flex is its own worst enemy. That’s because many consumers simply can’t figure out what type of vehicle the Flex is trying to be. Is it a station wagon? Is it a truck? Maybe it’s a crossover SUV of some kind? Many people look at this vehicle and simply shake their head in bewilderment.

Truth be told, many automotive journalists admit that they don’t know what to call the boxy Flex. What we do know for sure is that the Flex offers a spacious cabin and a turbocharged 365 horsepower V6 engine that give this vehicle some real bragging rights. Unfortunately it tends to be the Ford Explorer and Escape SUVs that get all the sales, while the woeful Flex is left to idle on the sidelines.

Could any Porsche be underrated? After all, Porsche is one of the best known automotive brands in the world, with an impressive stable of best-selling SUVs and sedans in its automotive roster. The Macan and Cayenne, alone, are far and away Porsche’s most popular models, followed closely by the Panamera and, the iconic 911 sports car.

To see the Boxster on a sales chart, you need to look all the way down to the bottom. It is usually sitting next to its hardtop mechanical twin, the Cayman coupe. This strikes us as wrong, as the Boxster is a car that has sublime engineering and offers its owners exceptional driving performance. Plus the Boxster is a convertible. A new turbocharged four cylinder engine makes the Boxster even more worthy of some attention. Yet it seems destined to be ignored, like all the other great vehicles on this list. Sad. 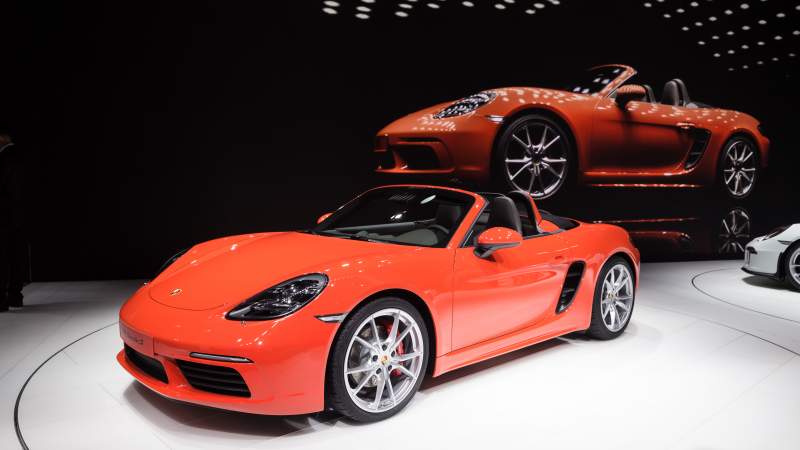