The 10 Cars Most Likely to be Ticketed

Some car models just seem to attract the attention of law enforcement. Whether it’s the driver, the capability of the vehicle, or just the thrill of breaking the rules, these models all end up pulled over by a cruiser eventually. We’ve gathered a list of the ten most ticketed cars below. Though not extensive, this list might make you think twice before going even a few miles over the speed limit or doing something else crazy and potentially unsafe.

Here is our list of the ten most ticketed cars, whether it’s a simple speeding ticket or something even more dangerous like street racing or stunt driving. Do you agree with the models we’ve picked? Share your thoughts with us in the comments below!

You’ve probably heard the myth that red cars are the most ticketed, but if you’re driving a white Nissan 350Z, chances are you’re going to get more tickets than the rest of the cars we’ve put on this list. Gray and silver are the next most ticketed colors, by the way. However, we’d consider the 350Z to be a sporty coupe driven by most as an expression of speed and style. The roadster caters to a younger generation who are perhaps more concerned with showing off than driving from Point A to Point B. The cops love it when one of these models zooms by the radar gun.

Here’s a model you probably guessed would be on the list. After all, they do outfit a few Chargers every year in black and white with flashing lights on top. The Charger is also an iconic speedster, from General Lee to models appearing in Bullitt and The Fast and the Furious franchise. A wide, aggressive stance and  an engine to back it up are the main causes for the bad behavior of this Dodge wild child. It’s hard to mess around with over 700 horsepower and avoid the law’s attention at the same time.

There are quite a few features that make the GTI a prime target for speeding tickets. First is the low entry price that gets gearheads into a platform they can easily modify to go faster. A hatchback isn’t the most aerodynamic but it does come with a manual transmission, which race enthusiasts will love. Besides that, you’ve got a small turbo engine beneath the hood. A few thousand dollars later, you’ve got yourself a prime target for the men and women in blue.

Here’s a model you may not have thought about when it comes to tickets. However, the Tacoma caters to an audience that wants Jeep-like capabilities, but still with all the normal pickup truck features. The Tacoma isn’t as bulky as its larger Tundra brother. With as many upgrades available as any other popular model, the Tacoma checks a lot of boxes when it comes to modification and customization. Of course, it’s the larger tires on the vehicle that throw off the speedometer. Really, officer, you have to believe that’s why I was speeding. I swear!

Like the Dodge Charger and some of the other models we haven’t discussed yet, you probably saw this one coming, since Subaru WRX models are known for breaking the law. Though the WRX might dominate on the rally track, it certainly brings that same bravado to the streets. Subaru markets the WRX as their fastest car and if you know anything about exhausts, there’s no mistaking the rumble of that turbo boxer engine. It might be cheaper to insure this thing than a $100,000 car of any make, but the potential for ticketing is still there.

Mercedes-Benz has the same penchant for speed as Subaru but in its own classier way. It’s a bit like riding in a luxury yacht that cuts through the waves like a hot knife through butter. Most people who own a Mercedes-Benz have the pocketbook to match, so a few tickets here and there don’t cause much concern. Maybe it’s that financial freedom that leads to an extra heavy foot on the gas pedal. At the same time, Mercedes-Benz does outfit their engines with plenty of horsepower, and it would be a shame to let all those ponies go to waste.

The Nissan 350Z and 370Z could be considered cousins to the Scion tC, a small coupe that exhibits the same draw as the Toyota 86 (i.e., the Scion FR-S) and the VW GTI. Slap a small-but-mighty engine in the frame of this two-seater, add some power upgrades, and you’ve got the perfect recipe for burning rubber and flashing lights in the rear view mirror. The Scion tC, much like the GTI, is also a super affordable sports coupe. With power like that in easy reach of young kids looking for a thrill, it’s inevitable that tC models often end up in the spotlight of a police cruiser.

The MINI Cooper S sped across the screen in a few films but that sporty spirit isn’t just limited to movie sets. Some might consider it a street-legal go-kart, pumped up to zoom around tight corners and conquer hair-pin turns with its short wheelbase. Like the GTI and Fiat 500, the combination of a small frame, sprightly powertrain, and responsive handling makes the MINI Cooper S fun to drive no matter where you live. Unfortunately, it’s easy for a driver to quickly think they are driving a getaway car in The Italian Job and make enemies with the fuzz.

The Ford Fusion might fly under the radar when compared to the Taurus SHO, but it certainly stands out under the radar gun — and not in a good way. Though the Fusion may suffer from large blind spots due to the vehicle’s design, there’s no mistaking the cherries and a siren in the rearview mirror. Ford offers the Fusion in a number of powertrain configurations, but we blame the peppy 2.0-liter turbo engine for the number of tickets attributed to this nameplate. Who knew that settling for a family sedan could get you so much response from the gas pedal — and the local police force?

Much like the Ford Fusion, the Chevrolet Malibu often holds second place in the family to the Impala — except when it comes to tickets. Built for the same market as the Fusion and many other family sedan models, the Malibu cloaks itself in the mundane. You may not even be able to pick one out from the rest of the four-door sedans filling the parking lots, but a cop is more likely to pull you over if you’re driving one in an unsafe manner. Don’t let the plain features fool you, though. The Malibu will get you into more trouble than any of its more powerful siblings.

Whether you drive any of the models listed above or not, it’s always a good idea to practice safe behavior when driving. Not only does it keep the other motorists safe but it also keeps your insurance rates low. Keep this in mind the next time you’re passing a speed limit sign, rolling through a stop sign, or thinking of peeling off the line when the light turns green. Would you rather get there a tiny bit faster or save money on your monthly insurance payment? The choice is yours. 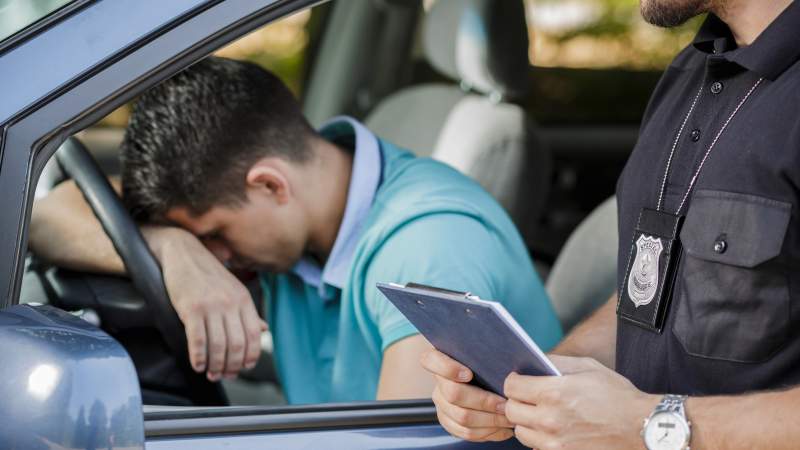