Federal regulators have opened a new investigation into Tesla after one of its Model Y vehicles crashed into a stationary police car in Michigan while operating in autopilot mode. The National Highway Transportation Safety Administration (NHTSA) was already investigating an unrelated Tesla collision in Detroit less than a week ago. Autopilot is Tesla’s advanced driver assistance system that comes standard with all its newer model vehicles. Despite the somewhat misleading name, Autopilot is not a fully autonomous driving system. It still requires an attentive driver who is ready to take over the vehicle at any moment.

In the latest crash, a Tesla that was operating in Autopilot struck a police officer’s blue Dodge Charger sedan. The troopers were not in the vehicle at the time, as they were investigating a crash between a deer and a different vehicle. The police car was parked and partially sitting in the right lane of a highway with its emergency lights on at the time of the crash.

Officials said no injuries were sustained by the officers or the 22-year-old driver of the Tesla. The driver was, however, issued citations for failure to move over and driving with a suspended license. The NHTSA had previously opened probes into more than a dozen crashes that were thought to involve Tesla’s advanced driver assist systems, including Autopilot and the more advanced Full Self-Driving feature. (The FSD feature is not, actually, fully autonomous driving though. It’s also poorly named.)

This is the latest in a string of accidents involving Tesla vehicles. They have drawn criticism from vehicle safety advocates and probes by the NHTSA. This was actually the second collision involving a Tesla vehicle in Michigan in the past week. A March 11 crash between a Tesla vehicle and a tractor trailer resulted in a serious injury. It’s not clear whether this previous incident involved the Autopilot feature or not.

Tesla vehicles include the standard Autopilot package. A more advanced option marketed as Full Self-Driving is sold for $10,000 extra on some models. Despite their names suggesting otherwise, neither technology allow Tesla vehicles to be safely operated without a driver at the wheel.

Some customers who purchase the Full Self-Driving option also get access to a “beta” version. That allows them to test out the newest features that are being added to the system. Critics suggest that Tesla is not being responsible in allowing their drivers to essentially be test subjects for their unfinished software. Tesla CEO Elon Musk doesn’t seem to be bothered by the criticism though. He recently tweeted that the FSD beta would be available for even more Tesla drivers within a couple of weeks.

Tesla’s Autopilot system, while it has changed significantly over the years, has been the subject of regulatory scrutiny since 2016 when an owner in Florida died while driving his Model S with autopilot engaged. An investigation revealed that the driver received numerous warnings from the Autopilot system to keep his hands on the wheel. For whatever reasons, he did not heed those warnings. 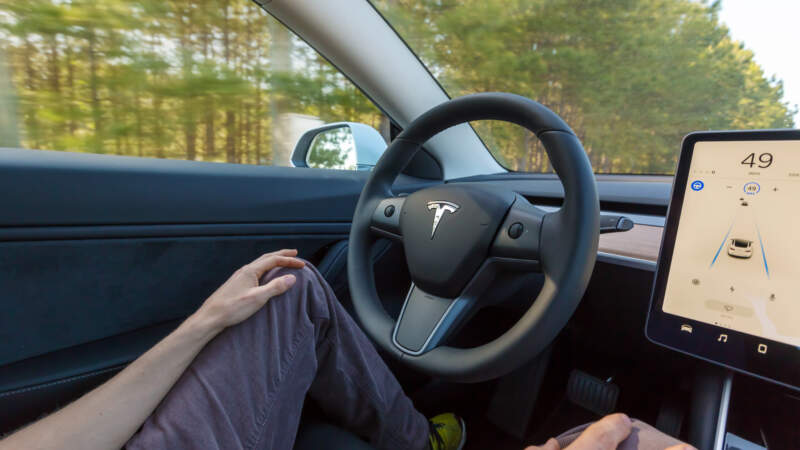